That was going to be my question. What kind of scale are you using? Do you calibrate it before each mix session?

Is your calculator set to use manufacturer specific gravities? This doesn’t make sense to me. I think if this were a wide-spread problem, nobody would be using scales, and I believe the majority here have moved away from measuring by volume. There must be some issue on your end. 30ml over per 100ml is a whole lot of difference. I just don’t want anyone scared off from using scales for one individual’s bad experience. 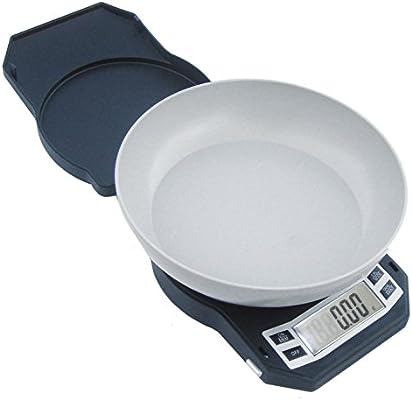 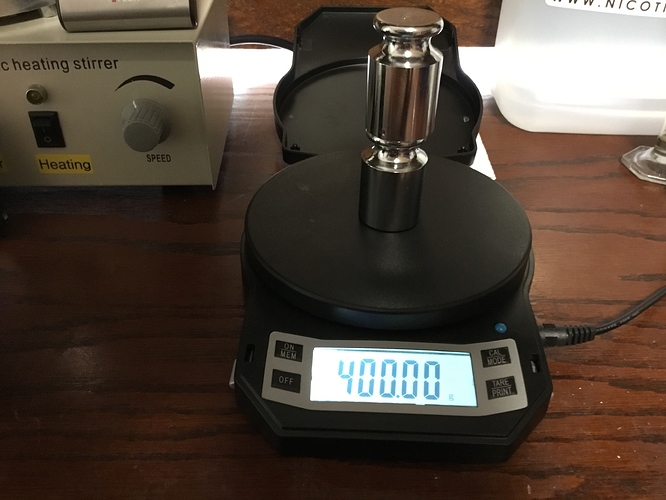 If it was one calculator I was having a problem with . I’d think it was calculator but noticed same thing with elr calculator with preset manufacturers weights.

Measuring by weight I’d classify as a more advanced use of mixing based on my use of scale not coming out right. And I’ve been mixing large batches for a yr.

Edit: I’ll also add that I have used scales in the past when making pizza in a factory for over 2yrs for measuring ingredients but those were very expensive scales… and dry ingredients

I’d think it was calculator but noticed same thing with elr calculator with preset manufacturers weights.

But if it was the calculator then all of us would experience the same thing. We haven’t so I think something is wrong with the scale?

I use the same scales and calibrate the same way. Odd. I hope mine aren’t that far off.

As I said I’m not complete sold as scales being the better method. And have gone back to measuring by volume…

For the Beginer I’d recomend measuring by volume since results will be more consistent. And not dependent on if a scale is bad or good.

I use the same scales and calibrate the same way. Odd. I hope mine aren’t that far off.

I don’t know. If it’s mine or what I’m doing wrong with the scale.

What can go wrong

If you got it on amazon return it and get a new one, and I’m fairly certain that just putting the weights on is not calibrating it just checking that it reads 400 grams. I believe to calibrate the scale you have to put it in calibration mode.

Calibrate have to do everytime I move it

Don’t be afraid of it, honestly my wife and I started diy in March, literally ordered a starter kit and jumped in, no research or anything, we found elr and never looked back, the savings is huge over brick and mortar stores and the quality of juice is so much better. Have I made junk yep, do I still save money yep, do I like my juice better than anything I could buy yep.

I use a cheap scale from amazon and never have any issues,

As DIYers do you guys thoroughly enjoy your own juices?

Not going to bother with the obligatory "Yes!’ since everyone already has. But you had to figure you wouldn’t get too many “Eww, no way!” answers in a DIY mixing forum!

Yes, it is rewarding. And yes, once you get comfortable you will send yourself thank-you cards for deciding to do it. Read what everyone says here and in the myriad other threads, and you will thoroughly enjoy yourself!

Are you sure your beakers aren’t off?

I have made some junk juice! But the rewards of a good mixing session is worth it!!
GET A NOTEBOOK!! write everything down!!
Have fun!!! Yay DIY!

Everyone can agree DIY e-liquid is pure fun. And an adventure .

Ways of mixing the juice vary from person to person .

As long as you end up with a juice they and their friends enjoy vaping no way is wrong.

Read the different threads for beginners and posted by beginners.

Look for recipes that contain things you like . And unless is a horrible recipe you can’t go wrong…

By far everything I’ve made is way better than what’s in the vape shop… and I’ve told them so.

Try weighing some other stuff. Like weight 1ml of water then 5mls and so on. It should be within 0.03 as per AWS

GET A NOTEBOOK!! write everything down!!

In this day and age, that’s a figure of speech right? Doesn’t everybody use OneNote or something similar these days?

Maybe I missed it, but did anyone also mention it could be quite a profitable hobby as well?

Maybe I missed it, but did anyone also mention it could be quite a profitable hobby as well?

Or
Is it an ancient Chinese secret

Using a scale os actually so much easier and accurate. I dont think I have ever measured VG. Measure concentrates, Nic, and PG and top off the VG. If you mark the box to use the concentrates specific gravities then the scale will be just as accurate as volume. Except its much cleaner and faster to mix with a scale. I still use syringes for things but for me I like to mix by weight.
I used to think volume was more accurate until I marked to box to use specific gravities. Check into that.
Ps
I had to exchange that same scale once because it was a defect. The new one is spot on