It was pretty good, mostly positive. There was some sketchy negatives on flavorings, that has been proven inconclusive at best in the past. You just know the anti brigade will focus in on any negatives only either way. I believe it’s up on youtube now.

Was on the phone first, at the lappy now, was going to throw the link in

@Phill
Thank you so much for the youTube link.
I wanted to watch this last night, but I don’t get BBC Two. 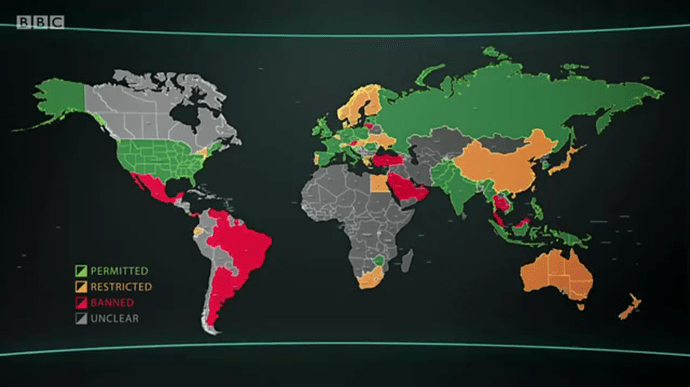 Great video. Even the parts that do not necessarily support “the cause” are of little concern. And even though this group was small and the time short, there is actual science involved which runs contrary to the scare tactics where the motto seems to be “don’t worry over facts, just shiver at our warnings.” Thanks for the share!

I thought the video was pretty good, the major things that I didn’t like were the constant display of cloud chasing as what may lead some to think is a standard for all vapors. i.e. if the “smoke chamber” study didn’t use cloud chasers in the event, how would the levels in the chamber appeared? All in all I did think it was a good video.

Aw, look at us there, in the middle of it all, like a little dimple

Smoking is definitely a menace. But many other remedies over it like E-cigarettes is really a miracle.

Yeah, makes me think of this thing I saw today.

It’s a Samatha Bee “comedy news” story ostensibly about Big Tobacco vs. Little Vape, but spends most of it’s time making fun of a cloud convention.

but spends most of it’s time making fun of a cloud convention.

Why not make fun of the cloud convention? It’s the kind of thing that paints itself with a huge bullseye for critics, comics or really anyone who likes to crack jokes. Because let’s face it, a cloud convention or competition is little more than a gathering of (mostly dudes) showing up to a stick measuring event. What you see there has nothing to do with quitting smoking or a healthier lifestyle, so no sense trying to paint it with that brush. It’s Comicon and a flea market in one.

Not everyone wants to quit nor are vaping to be healthier. Sadly the moral majority killed all the fun of being a sailor also, in the old Navy we at least was able to let our hair down (and in those days I did have hair), every so often if we ever pulled into a port. If you made it back to the ship you were okay, even 30 years ago it had changed so bad that you’d be written up if it appeared you were having a hard time going up the gang plank. Cars are made to be driven, for transportation, lets point fingers and make noises about NASCAR or those backroading isn’t that dumb… look how dangerous it is… damn tattooers, look at what they are doing to their bodies! Like a bunch of old women frowning about the young girls in bikinis at a pool… "They shouldn’t be doing that… we’re here to enjoy the peace and quiet…"
I’ll shut up.

Why not make fun of the cloud convention?

Don’t get me wrong, I don’t blame the producers of a comedy show for grasping at the low hanging fruit there. It’s just that it’s bad PR for vapers when folks watching this may not have any idea that these cloud measuring goofs don’t represent most vapers. IMO most vapers are just normal folks who have quit smoking. It’s discouraging to see vaping being misrepresented as just a “growing sector of the douch-conomy”.

IMO most vapers are just normal folks who have quit smoking. It’s discouraging to see vaping being misrepresented as just a “growing sector of the douch-conomy”.

I picked up on that phrase too…douche economy. That’s why cloud competitions and the like are the target of anyone wanting to paint vaping in a dim light. It does their agenda no service to interview people buying from vape shops or the vaper casually tooting on a vape on the street. No, catch the folks chucking clouds like Three Mile Island…yeah, those are the ones to focus on.

2 posts were merged into an existing topic: Elegomall – Give you surprise