I’m regulating now though so I don’t worry too much.

I still break out the mech though on any build that’s above .2ohms just for shits and giggles lol.

Having a recipe tasting session tonight with a friend so I’ll have a dripper for each recipe my M80 his M80 and my mech on the go lol.

Alright folks, so just did some extensive battery searching last few days and I came across the new LG HG2 and the new Samsung 30Q:

Both of them are 3000mAh, but the interesting thing here is, I think that Samsung is underrating their batteries. On a 35A load test done by a Mooch over at ECF, the results are quite astonishing. The 30Q performs the same, if not a tad bit better under load than the HG2, even though the HG2 is rated 5A higher.

To be honest, I think both of these batteries will put the 25R’s into hibernation.

I ordered a 4 pack of the HG2 off of eBay for $24.95, plus they are located in Florida like me. If you are worried about creditability of the vendor, I have bought most of my batteries from Genuine Cells off of eBay, they’re all genuine.

Another question on batteries, I’m using Samsung 25R’s, should I discharge the batteries all the way down until the mod says I need new batteries (using a Sigelei 150 TC) prior to recharging or leave a charge in them? Prior to these batteries I used a Zmax which was a single battery device so this wasn’t an issue. I purchased new batteries to keep this device coupled with like pairs all the time. I’m guessing I should always place the batteries in the same slots also but thought it would be better to switch slots every other time.

When you say the unit tells you to replace the batteries I am assuming you mean change them to a fresh set of batteries that are fully charged. In that case I would say yes. Use the current batteries until they actually require a charge. Battery lifetime is usually rated by the amount of cycles (charges) it can do. Doing charges in between cycles (Half Charges) actually shortens the battery life.

I’m guessing I should always place the batteries in the same slots also but thought it would be better to switch slots every other time.

The later is best. Mark your battery pairs Left and Right and then a Pair#. After each PAIR CHARGE switch left and right. This puts less stain on one single battery when they are switched like that…

Thx @ringling that is basically what I was thinking also on both the time to recharge (I know some batteries have memory as to charging but didn’t believe these did/do) and also concerning changing up, on which one should be right slot then after recharging switching the right for the left. Always nice to get a second opinion though.

(I know some batteries have memory as to charging but didn’t believe these did/do) and also concerning changing up, on which one should be right slot then after recharging switching the right for the left. Always nice to get a second opinion though.

No batteries I use for vaping have memory. The only battery you should buy for vaping is the Samsung 25R or the LG HE4. Sounds as those both companies have come out with new batteries Samsung 30Q and the LG HG2, which should be at least as good or if we’re lucky even better.

Not to worry. I’m more used to noobs than than most being I run a Vape Shop. I deal with them face to face. This is a breeze compared to that…

I’m running Samsung 25 R5’s in my VTC Mini. I was wondering if either of these 2 would work without doing any harm to my mod?

Can anyone tell me if these would be good mod batteries?
This seems like a deal that’s too good to be true. I didn’t put this in the “Good Deals” thread because maybe it’s not a good battery. 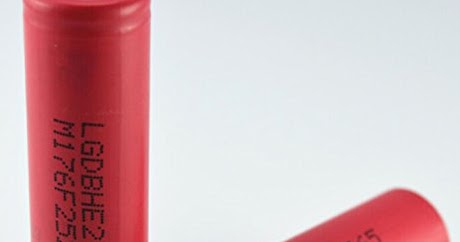 They are decent but the Samsung 25rR5’s were rated higher by the communities battery tester and they are only 5 bucks each.

Thanks so much xo I’ll have a look.

Joy check these out. Free shipping too. I’ve ordered from them, decent shipping time and good product.

wow that site has the best prices for batteries it seems. they’re legit as far as not selling fakes? whenever i see prices that low i’m usually hesitant.

They are very legit, possibly the best batt site out there. They test all the batts, order two and get a free case as well. The site was used by the flashlight community for years and they demand the best.

Yea there good, I’ve ordered from them several times. Illumn!!!

The shipping is pretty high with them unless you order over 50$ then it is free. But i ordered 20 new 25rs a couple weeks ago and they got here in three days from the time of order.

I appreciate your help but…
Number 1. Buy batteries from a reputable dealer.
Personally, I don’t shop at EBay. I have my reasons, but I wouldn’t recommend buying batteries from someone you don’t know and trust.

I understand where your coming from, and I have ordered from them and do trust them.