What do you miss from childhood?

Playing with Lincoln Logs, where you had to use your imagination to tell a story… Which usually revolved around Bonanza, or Gunsmoke, or the Waltons. (frequently involved Hot Wheels. Don’t ask how our pioneers were so advanced…

Then Legos (pre-fancy-shapes), building everything from homes to buildings, to forts, cars, planes, etc.

But these aren’t/weren’t just mindless entertainment. While they were absolutely ways to pass the time, they also taught me to see how things work/fit together. What happens if you don’t plan properly, and build in the proper order. Is it stable, etc etc.

Playing board games and cards… Learning that besides winning and losing, quite often you got to learn something along the way. Whether it was a simple exchange of information about the day’s events (and something that made someone you love smile or sad), you were there to share it with them. Or whether it was a shared life lesson that you’ve never forgotten, it was a point of connection, and a memory etched into time and space.

Saturday morning cartoons. Going swimming. Playing with neighborhood friends and “enemies”. Freewheeling around on a Big Wheel. Or skates (the metal ones, with the leather straps that went over your shoes). Or riding a bike… And later, the old yellow plastic skateboard (Sizzler).

I miss whole afternoons just swinging on the rope swing someone tied to a giant tree in the clearing between houses… the warm summer smell of trees, dirt and musty tree leaves on the ground when we fell off.

Climbing trees and hanging out in the tree house at the place we used to have growing up.

Or the plasticy, rubbery smell of hose water… you know, drinking water out of the garden hose ? But you had to let all the hot water out first or you’d get a face full of super hot water… yup, the good ol’ days.

I don’t miss a thing cause I do my best to hang on to my childhood. Being a grownup was a terrible wish i had way back then.

My roller skates and bmx bike, whole days outdoors using them. Being read bedtime stories. The carefree-ness of youth. 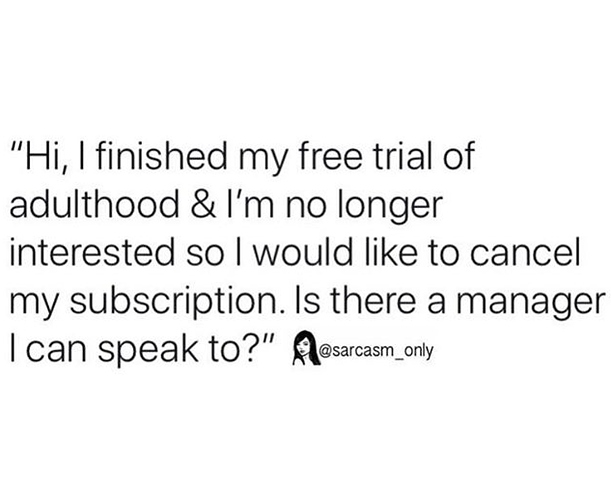 I miss my childhood gang, there was about 15 of us that grew up on the same road, we keep in touch but we had the best childhood, every day was like the Goonies, so much mischief…and fun! …but def more mischief

…now we get to meet up a couple of times a year, get drunk, and reminisce…mainly about the mischief

Actually there is a lot more than just that, but it starts getting too serious and dear to me.

I wasn’t so much of a nostalgia kind of guy until I had kids. I miss their childhood more than mine. I was never so alive as I was when they were little. That will forever be the best times of my life. I can’t believe they’ve grown already.

I grew up on the top of a mountain in West Virginia, so neighbors were at least a mile away, but I had the great outdoors! I played with a couple of kids who would ride their bikes to my house and we would spend our days in the woods acting like the old homesteads from the first settlers in the area were our houses (all that was really left were stone foundations). We would go hunting and fishing a lot (those were the days when seeing a kid carrying a rifle wasn’t so scary). We worried more about wild animals attacking us than people. The trust people had for each other, even strangers, back then will never be able to exist in today’s world. I grew up in the 80s and 90s, but it seemed that where I lived was even farther back in time because it was so rural! I, like all of you, miss the simplicity of it all!

I grew up in a New Suburbia, surrounded by miles of Farmland (all Suburbs now). During hunting season I would just walk down my neighborhood street with a rifle (.22 or .410) slung over my shoulder to go into the woods full of squirrels, rabbits, quail, pheasants, even wild turkeys and deer. If a neighbor openly saw me passing by they would just wave …never a peep of worry. In High School if a teacher needed a little pocket knife to get into something, they knew I had one in my pocket and that I would hand it to them open, handle first.

I miss Common Sense and Respect…

getting wasted and sleeping in a bush

Being an adult, I don’t get to do whatever I want anymore.

I thought I could do whatever I want when I grew up. Well, I technically could but what I need, or kids need, wont get done…

Being an adult, I don’t get to do whatever I want anymore

I’ve thought about that recently. For instance…

When I was 20 I could sneak into the girl’s dorm and be considered a silly prankster boy.

Now, I could sneak into the girl’s dorm and be arrested and forced to register as a sex offender.

I’ve thought about that recently. For instance…

When I was 20 I could sneak into the girl’s dorm and be considered a silly prankster boy.

Now, I could sneak into the girl’s dorm and be arrested and forced to register as a sex offender.

So you thought about sneaking into the girls dorm again ?

So you thought about sneaking into the girls dorm again ?

Well hell, I’m alive aren’t I? Unfortunately, having daughters the same age as those dorm queens is something of a buzzkill…

I still think a 20 year old man would be convicted, but it depends on what you were doing in the dorm. Lol
Now 17 might be less risky, but I don’t know the laws of sex offending.

I went visiting the boys dorms in FAU when I was young. I didn’t attend the school, just walked right in with someone who stayed there to hang before going out for the night. It was probably a very common thing to have girls visit because nobody appeared to give a shit.

Edit: I would like to add that I was scared and excited, because it was against the rules. Doing it anyway and the exciting experience was part of the joys of childhood.

If I did that now it would be as a mom. Haha

That was surely more trouble than at a school. The thing was that it was them that would get in trouble and not the girls. It wasn’t any less naughty though.

When I was a teen, we were a trio, 2 guys and me that always hung out and did stupid things. We would tresspass like crazy, climb billboards and smoke up there, do donuts in a sandy gravel parking lot to cover the taco bell with dust during off campus lunch near school, then walk in there and order our food like it was nothing. Test driving unattended construction equipment in the middle of the night.

I am smiling so hard because of what we used to get away with and how pissed off I would be if it were my kid, or my construction sites. Lol

Aww. That sucked for him.