Hello everyone. This is my first post on the forum, so I apologize in advance if this is in the wrong section of the forum…

Quick intro, my name is Jon and I am smoke-free for just over a year. Now that’s out of the way, onto my two part question.

I’ve tried several recipies with grape flavorings, sour (malic acid) & very light handed sweeteners. Absolutely no luck duplicating that grape nerds flavor. Is malic acid known to cause muting? Any and all info on this topic would truly be appreciated. Thanks fellow vapers!

Ever considered making your own coils? There are tons of tutorials on Youtube and you can make a coil just the way you want them from the material you want. It will also give you a lot more choice in tanks.
That’s the only advice I can give you, I avoid tanks that are not rebuildable cause I think buying coils is a waste of money.

Thank you for the quick reply guys. I’d rather not have to deal with an RBA if I don’t have to. I don’t mind spending a little extra on pre-built coils as the a simple thread out and in replacement. Besides, I get quite a bit of life out of a coil. (Maybe 3 weeks which equates to roughly 250ml)

I’m on the road all day every day for work. I have to travel as light as possible. A spare coil takes up nearly no room. Backup cotton, scissors, wire, pliers, screwdrivers etc. would be a drag to carry everyday. I’m also tracked via satellite at work and time is a priority. I do appreciate the feedback though guys. Any other recommendations?

My advice, having graduated from both the Kanger subtank mini as well as the Kanger Protank, would be the Aspire Atlantis 2. It has 03, 05, and I believe 1 ohm coils available. I’m using the 03 ohm currently at 75 watts and it gives excellent flavor as well as producing the equivalent of storm clouds.
I don’t really know if it has kanthal coils or not, it probably doesn’t but I’m well pleased with its performance.

On the nerds profile, FW Grape Soda is the closest ting I have found to a candy grape. It has a grape fanta / hubbabubba (bubbleicious) flavour.

I would try that with Sweet and Tart. Might get you in the ball park?

I can recommend this as well. I’ve had several and it really doesn’t leak (as long as your coil isn’t too old), and it gives you pretty nice clouds for a stock coil. New coils are also easy to find for it, all the vape shops around me carry them for about $5 a piece.

I don’t really know if it has kanthal coils

That being said, I do have to second what others said about rbas, SO worth it! For the cost of a single Atlantis coil you can build your own for months. Even if you only use it at home, it might be worth your time (and $$$) to get one and practice on it. I was so hesitant to start building, but once I watched about a hundred you tube videos and tried building a coil or two I realized it was much less intimidating than I thought it would be. You can build with whatever metal at whatever ohms you like to vape at. You can also get quite a long time (possibly months!) out of a coil by just cleaning the wire and swapping out the cotton. Anyway, something to think about.

And finally, welcome to the forum @Sir-Mix-A-Lot1 !

The Smok Baby Beast or Cleito and buy a 5ML tank:

(You can get that 5ML tank from Aspire directly, looks like a fish tank) 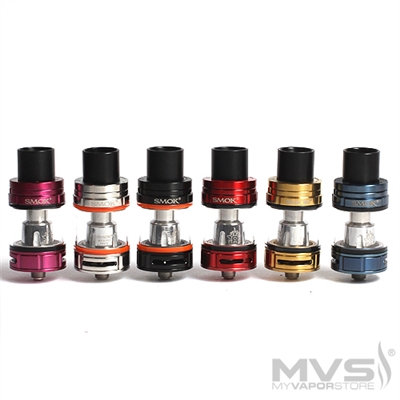 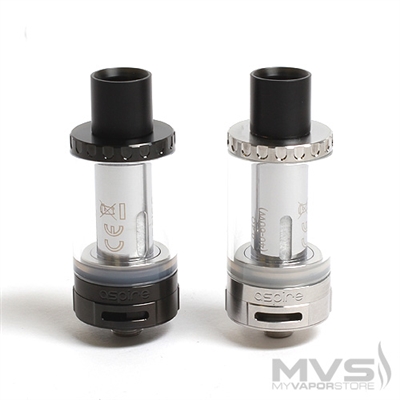 Introducing the Cleito from Aspire. A sub ohm tank that is more than the sum of its parts. With an all new coil that replaces the standard chimney and delivers maximized airflow and vapor production.

Thank you for the aspire and smok recommendations. I’ll have to look into those. I already checked out the smok once and decided against it, I just can’t recall why at the moment.

@rupert I have used sweet and tart & also energy drink to try and accomplish that sour bite, but still no successful batch yet. I will check into FW grape soda, I don’t have that one. Thank you all.

I stopped using tanks a long time ago and vape only RDAs or RDTAs if I’m travelling, but the Cleito with the 0.4 ohm coils is pretty much as good a flavor as you’ll get from a tank without lowering your ohms and increasing your wattage.
The SS cleito coils are very good too, probably even better flavor than the Kanthal coils.

As for the tank situation, my opinion is that you should try building, it allows for a more customized vape…I have been building for about a year now and it is so much better (again in my opinion) than prebuilt coils…it really isn’t that hard, and who knows, maybe you will like it! Once you get the hang of it, it can be quite theraputic!!

Good luck with finding a new tank and your grape nerds recipe!

I am not a huge grape fan but you could try adding grape to this. It should give you a nice sour fruit candy

I’m on the road all day every day for work. I have to travel as light as possible. A spare coil takes up nearly no room.

I would also re-think your comments about getting an RTA.
When you re make a coil or change out the cotton (or whatever) it’s going to last you for a month. You aren’t going to be packing spare coils or rebuilding material around with you. Also for the cost that it is to purchase a pack of coils these days, you would have enough coil making material to build dozens (yes dozens) of coils for the RTA if your not getting hog wild with claptons and doing single wraps. Even if you purchase pre wrapped clapton wire, you cost savings would be crazy, and you will always get the build on a coil that you want.
Just saying.
I would get a tank that has a RTA insert along with a premade coil ability… like the Big Baby Beast.

Just aneed update… I purchased the smok big baby. I’ve been running it a few weeks with the quad coil. It has great vapor production and great flavor. The swivel top fill is really nice. Not happy about how it leaks out the air inlets. Tfv4, tfv8 and now the tfv12… one would think they would get the leaking coil issue fixed before releasing another tank.

1.) What mod do you have?
2.) On your Kangertech Mini did you replace the o rings? Have you tightened your coil and 510 pin?
(All known issues with Kanger.)
3.) When you are filling your tanks are you closing your juice holes? Have you flooded your tank?
4.) Have you maybe looked on the net or youtube to see if there are possible causes of your leakage?

These are just some of the many questions i have to steer you in a great direction.

Also @CallMeTut is right. Do not not think about getting an RTA. A Griffin 25 plus is a great start. Even a Griffin 22mm is good. You have at least a couple of fills before cotton needs to be changed. It is not that hard to carry everything as well. I always travel with a tiny repair kit handy.

If you got further questions let us know.

I like the Griffin 25 (not the 22mm) haven’t used the Plus Griffin, but I don’t like overly huge tanks… although I have been using the TFV 8 for the last week, and really like it. I don’t know about the premade coils (although I see people like them), I immediately installed the rba deck and have been using it (no leaks yet for the week of use). But will most likely be getting another one of these so I can give this one back to my step daughter.

I have the Griffin family. Except for Meg. No one wants Meg.