A method of mix and steep?

So far Im not doing too bad. My custards are doing well and my Strawberry and cream was originally a cock up but over a few more days improved dramatically so all in all Im quite pleased…

…but can it improve? My method that is?

Im mixing as per in a glass then using a milk frother to get loads of air in it. Put it away for a day then use the frother on it again. After a day or so I then bottle it, leave the top off and put away in a drawer. ! week on it all ok.
Now am I wasting time using the frother a second time on the 2nd day ? Would it be just as beneficial to mix, froth, store one day then bottle ?

I’ve never used any kind of device to shake or stir my liquids. I would if I thought there was some benefit. But at the same time I don’t disrespect those who do. If someone wants to use a reciprocating saw, ultrasonic cleaner, milk frother or paint can shaker…who am I to criticize? I just don’t believe there is any magic happening with all these methods so my answer is yes, it’s a waste of time.

My method has always been to mix in a bottle. Shake vigorously for 45 seconds to a minute. Do this again daily for 2 or three days. And of course I always shake for 15 seconds or so before using. I figure beyond that your just agitating the mix with no result except aerated juice.

As for steeping, I almost always test a new mix right after mixing. Again the next day and then every 3-4 days up to a month at most. I find with most mixes where tobacco is not involved you’re going to see the best it will ever be at 2 weeks. More than that needed (queue Mr Swayze again) and you had a bad juice to start with.

I’m not quite as extreme as you, but I do see some benefit with frothing and a hot ultrasonic bath. I use a small high speed rotary tool with a whisk attachment to froth my mixes in less than 30 sec. I also do a 2 hr hot usb which I know speeds up steeping because once it’s complete my mixes are several shades darker. Then I put it up for a minimum of two weeks. I was never one to shake and vape. For some reason they just don’t taste right to me. If you’re new to mixing I suggest you mix a lot and build up a stash of adapted high rated recipes. Once you’ve built up a stash of flavors this steeping will become a lot easier. Some things just don’t replace steep time.

I use a Robart, I let it shake for 2 minutes and without any effort BUT it’s for small 30mls. For bigger batch’s I use a Milk frother the first time I mix it then only by hand for the next week or so. 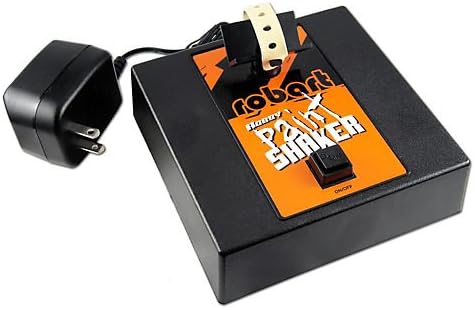 I’ve never used any kind of device to shake or stir my liquids. I would if I thought there was some benefit.

I have the same attitude and do things manually, however sometimes my wrists don’t work. I can’t lift anything heavy and certain movements are very painful, like shaking bottles. So I got a magnetic mixer I can use when I can’t use my wrists. So occasionally there is a benefit

I think there’s only upside to using a milk frother. It throughly mixes and airates your mix in 30 seconds. You can get a cheap one on Amazon for $7.

I give frothing a +1 if only for the fact you will be certain the juice is mixed enough. Certainly worth a shot. They’re so cheap you won’t be upset if it’s not for you. If you really want to beef it up, cut off the frothing attachment and connect it to a drill. I haven’t tried using a drill, but am thinking about it because my frother slows down quite a bit in high VG juice.

I do my test mixing in 15ml bottles. I wanted something that mixed it up quicker than shaking, for a preliminary taste test (and less of a workout). The frother I had was too big to fit in the bottles, so I cut the frother head off, and crimped on an electrical connector.

I give the fresh mix a quick 10 second mix with my modified frother, for the preliminary taste test. I then note my taste test conclusion, put the bottle away, and let time do it’s thing. I come back after a week or so, and test it again, checking to see if I can notice any improvement, and note it. Then I’ll come back after a month, for the final taste test, and decide if it’s a winner or not. I mix only tobacco flavors, and I think they can take a little longer to come together.

It’s not the quickest method of steeping, but it lets me know how much steep time is needed for a particular mix, for repeat mixes. I always use a milk frother when im done mixing a batch then I let it steep naturally for 2 weeks and shake the mix everyday.

I use a 150ml flask to mix my ingredients. Then I sit the flask in a water bath at 140 degrees. This thins everything out a bit. Then I hit it with a Badger hobby paint mixer until the mix is all white and foamy (a milk frother would probably work better, but this is about the same thing). Then I bottle it. Its pretty quick and painless. Then I store it in my closet and shake daily. I am a noob so I have only been at it a couple weeks. But mixes are starting to turn out really well.

Edit, I am not sure a milk frother would fit in my flask. My paint mixer has about a 1/2" mixing blade on it.

If it’s terrible a month later it goes in trash. If I know I can fix it, I tweek it, heat it up again and leave it in the cupboard over night and vape it the next day. If it’s mind bendingly delicious I hide it in a safe place, make another 120 ml of it and put the recipe in my “super secret recipe book” I will sell someday to new vapesters and become rich.