A Tobacco Tax to Save Lives 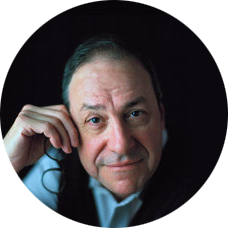 Opinion | A Tobacco Tax to Save Lives

We should learn from the Swedes’ approach to nicotine.

Yes, very interesting. I feel that once government in the US eventually slaps the e-cig industry with that “tobacco tax” that the outcry will be far more than mere dissention in the ranks. I feel the government will face suits for ascribing an atribute to something that doesn’t exist for the reason of being able to tax it. As it stands now, nicotine is the only component in the group that could logically be taxed without having to manufacture terminology. If that happens then by all means, tax the nicotine-containing products. But should Company A decide to make an entire line of zero nic liquids, those should not be subject to any tax. And if that’s the case we can always buy the untaxed zero nic liquid and nic it up ourselves.

It’s so fun watching the powers above try and find creative ways to attack vaping.

My read on it is that it has nothing to do with an ‘attack on vaping’. No one is ‘out to get us’. These are politicians, as such they are out to get money. More than anything else, this is their driving motivation. Any and all public controversy over vaping is designed to allow the government to , heroically, sweep in to quell the contrived and manufactured “fears” of the public. This is all a very orchestrated production which ends in taxation. Lets look at it this way; vaping in the US generated more than 4 billion dollars last year, the bulk of that from juice. They want theirs, and they are doing it under the guise of looking out for the public. Its a game, they want revenue. Nothing more.