The hubby and I took a dinner cruise for our tenth anniversary. Had a good chat with a fellow vaper. Told him about ELR. 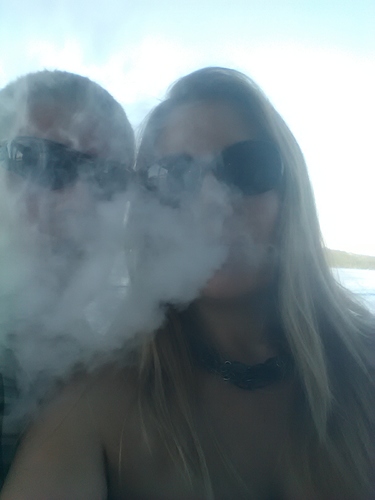 That is awesome! Congrats on your tenth anniversary! Hope you guys had a great time! Thanks guys! Yes, we had a great time. Many MANY drinks, tons of food, awesome company, and over 7 hours without the kids, can’t beat that.

Congrats on your anniversary!

Congratulations! Wishing you both all happiness for at least another 40 or 50!

Ah marriage, as my friend would say " everyone needs to do it at least once."

On a more serious note , Congratulations and Happy Anniversary!

Happy anniversary and what a great way to have a picture taken! I always hide when someone starts to point a camera in my direction but now I can just blow a gigantic cloud, why didn’t I think of that before

Congrats on 10 and may you have many more to come.

Happy tenth anniversary and may you have many more to come. Congrats on the ten years. I’m proud of you and your hubby. Marriage is not a picnic you have to work at even the best ones. I know I’ve been there twice the first I was the only one working at and it sucked. Wifey and I have been married 15 years and together for 16 and we both work very hard at our relationship. It makes it so special and wonderful. We knew we were meant to be together the first date but both just out of a bad marriage and afraid of marriage in general. We just kept seeing each other and it became more and more apparent that it was not rebound or anything like that. So I asked the most wonderful woman in the world to marry me and she said yes. 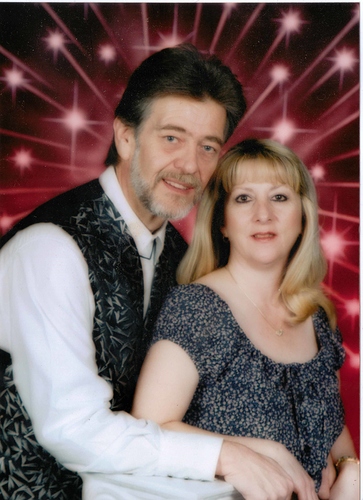 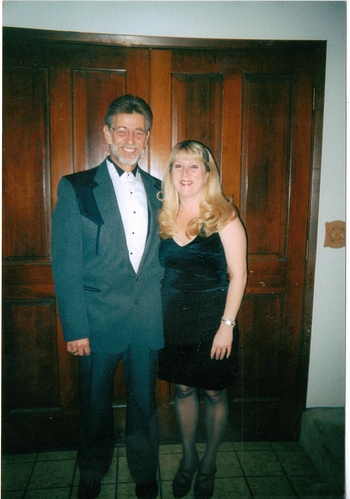 Congrats on the 15+ yrs. you look a lovely cpl. Well done.

Theres nothing better that a good woman by your side.

Its an amazing feeling when you find “that one” you look very happy together, i wish you the best of luck for the future!

Aww, she’s a cutie! Congrats to you as well!

I spent the first 10 years trying to explain to everybody how a plain looking guy like me could end up with a hottie like her. Then just to shut everybody up. I would tell them I met her in a bar and all I was doing was sitting at a table minding my own business and licking my eyebrows. Then sit there smiling as most people walked off groaning with their palm to their foreheads. lmao