Another attack, this time about batteries on airplanes 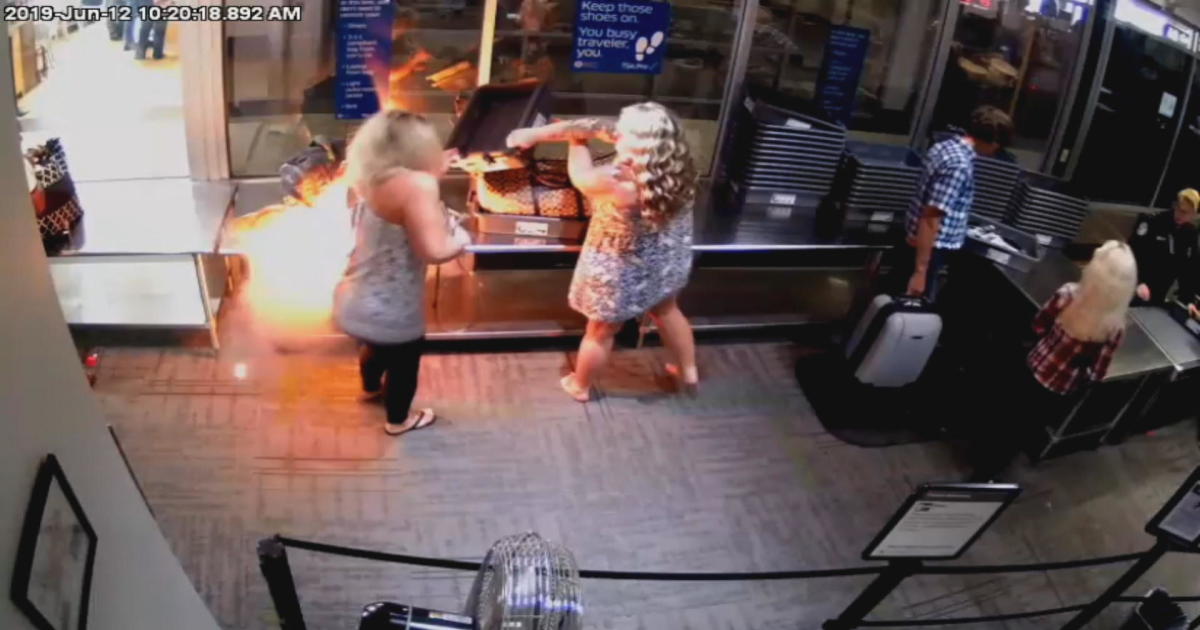 UPS Airlines Flight 6 was a cargo flight operated by UPS Airlines. On September 3, 2010, the Boeing 747-400F flying the route between Dubai, United Arab Emirates, and Cologne, Germany, developed an in-flight fire which caused the aircraft to crash, killing both crew members, the only people on board. It was the first fatal air crash for UPS Airlines. The crash prompted a re-evaluation of safety procedures protecting airliners from cockpit smoke. Flight 6 departed from Dubai International Airpo...

Granted, it was a cargo jet with 81,000 cells which is wayyyy different from a single vape mod, but it is a real thing. But sure, pile on all the vape dangers, why not…

Simple, if you carry batteries, make sure they’re properly stored and don’t allow to usb-charge them on the plane. I fully support that because a fire in a plane is really not something you want to experience.
But yeah, they couldn’t have found a better timing to bring this up.

It looks like they are in the phase of “digging up old dirt”. The appocholypse is on us.

You know what? I’ve never seen one story about our bats catching fire or “blowing up” (not to say they haven’t) but 18650 bats have caught fire on airplanes that are inside of laptops.but how’s that our problem?

Because we are the new lepers.
I used to be a smoker, and I escaped.
But this is starting to have an all too familiar feel.

Yes it is.my kids have seen a change in me.the way I breath…I can breath!!! This system have helped so many people and it’s getting took from us.go to Wal-Mart and you can get cigs but no mods or e juice😂 welcome to 2019

You know what? I’ve never seen one story about our bats catching fire or “blowing up” (not to say they haven’t) but 18650 bats have caught fire on airplanes that are inside of laptops.but how’s that our problem?

I could post a dozen links to stories where 18650’s have vented in mods or pockets and caused significant injury or death. But that would make it too easy for someone to come along and poach them for some anti-vaping screed, so I won’t.

Fact is, 18650 cells are quite volatile and can very easily vent aggressively if defective or mishandled. The overwhelming majority of issues related to vaping are from misuse or mis-handling, i.e. damaged wraps, improper storage of loose cells, unsafe builds (mostly on mechs), cheap cells with falsified ratings, etc. The UPS 6 crash was probably the most extreme example of what can happen, but personally, I don’t want to have to trust that Joe Public vaper knows and practices cell safety when he’s tossing his vape gear in the carry-on. Pop a couple loose cells in a backpack side pocket without proper sleeves or containers, hit some turbulence at 35,000 feet, and you have a serious potential problem. No thanks!!

So, the point of the thread is not really a debate on the value of airline safety re: vape batteries, but rather the dubious timing of the story’s release. It’s long been something talked about, why bring it up again now? Kick vaping when it’s down…

I didn’t say they vent in general bro find me one in airplane.I’ll wait

You’re 100% right the point of this isn’t to debate.why does the airline industry bring this up.there’s no point to it.NO! 18650 batteries have blow up from being in a vaper mod, you can post a million vids of mods in people’s pocket blowing up, that’s not my point or the point of the story.this article and what in was saying “is on airplanes” I looked it up last night and I did it after your comment.as I stated only thing 18650 that has blow up is in laptops and that has nothing to do with us.they obviously need to ban laptops and not mods on airplanes.that’s the point! I love vaping, I make coils and post pics online, I sell my coils and I do really really good.I pay my bills thanks to vaping.vaping stops I lose everything.

This seems to indicate some general things about failure rates (with the actual data held confidential):

(Pages 77-81): There have been reports of lithium-ion battery fires during transport. The FAA has assembled a list of fires associated with aircraft transport. … The FAA data can be used to estimate a typical failure rate of lithium-ion cells in air cargo transport. Assuming that annual cell production is approximately 3-billion cells (per 2008 estimates), and that all of these cells are transported by air once (a reasonable, and likely conservative assumption since many cells are subjected to multiple air shipments), then failures that produce smoke and heating occur at a rate of approximately 1 in 1-billion cells shipped. In contrast, field failures of cells (battery packs personal use) tend to occur more frequently, and to occur when the packs are fully charged. Typically, in the US, failure rates worse than 1 in 1 million trigger recall actions, as it is generally assumed that normal cells from reputable manufacturers will exhibit failure rates better than 1 in 1 million. This difference in failure rate relates to a difference in the failure mechanisms that can affect new cells under shipping (and storage) conditions compared with cells that are in use. Examination of available incident data suggests that air cargo incidents are caused by mechanical damage or external short circuiting of cells, while incidents with personal battery packs are often caused by cell internal faults.

Exact failure rates of lithium-ion cells/battery-packs in the field are not published. Due to confidentiality requirements, the CPSC publishes very limited information regarding the circumstances of failures that have triggered lithium-ion cell recall actions. Failure rates are not published, nor are specific details regarding individual battery failures. Occasionally battery failures are reported in news stories. However, these reports generally do not contain details sufficient to make a determination regarding the cause of failure, or the rate of failure or the products described. In addition, some incidents reported in the news have later been found to have been the result of user abuse rather than a defect in the battery. OEM investigations of failed product are generally kept confidential. Therefore, it is very difficult to determine the rate of failure of cells in the field. However, in Exponent’s experience, when OEMs work with the CPSC to determine if a recall on a lithium-ion battery is warranted, barring evidence of a specific manufacturing defect, if failure rates are below 1 in 1 million cells, CPSC generally agrees that a recall is not warranted.

If cells are not being charged while in storage, or otherwise being handled, the likelihood of spontaneous cell thermal runaway occurring is very low, particularly if cells are stored at reduced SOC. … As discussed previously, although cell thermal runaway reactions are rare, in the field, they are most likely to occur during charging or immediately after battery pack charging.

For folks who would prefer to minimize the possibility as well as the severity of carry-on battery “thermal runaway” incidents (always nice not to down the plane that one is on), discharge batteries to 50% SOC:

(Pages 70-71): It has been observed that the vast majority of thermal runaway reactions that occur in the field occur during or shortly after cell charging. From an energy perspective, cell thermal runaway is unlikely to occur in a cell at a low SOC. Exponent’s own testing showed that for many lithium ion cells, even severe crushing of cells that are below approximately 50% SOC will not lead to a severe reaction. Testing of a variety of 18650 cells at ambient temperatures has demonstrated that below 50% SOC, cell shorting will cause heating to cell case temperatures up to approximately 130°C (266°F) followed by cell cooling. ARC testing by Exponent of commercial 18650 cells of a variety of chemistries at a variety of SOC has shown that self-heating onset temperature and self-heating rate is a function of the stored electrical energy stored as chemical potential energy within the cell rather than cell chemistry (stored electrical energy was held constant across cells of equivalent volume but varying chemistry). ARC testing by researchers at Sandia showed that self-heating onset temperature can be strongly impacted by SOC. In testing one commercial cobalt-oxide cell model, the researchers found self-heating onset occurred at 80°C (176°F) for cells at 100% SOC, and at 130°C (266°F) for cells at 0% SOC. In testing of multiple cell models, Sandia researchers found that thermal runaway onset temperature is reduced for cells at increased SOC. Similarly, direct electrode shorting tests have shown that reducing SOC significantly reduces the maximum temperature achieved at the point of shorting.

A vape pen battery caused a fire in an overhead bin on a SkyWest Airlines flight in New York City on Wednesday. Fortunately the plane was still on the ground and no one was injured. It's the latest in a string of incidents where faulty lithium-ion...

There are others. I’m not going to link them here.

Well put. These cells were designed to be just that, cells in a larger battery configuration. We as vapers are utilizing these cells beyond they intended use. This is a real concern. I’m fairly confident that the hundred or active people on this forum are versed on the risks involved but I am also confident that Joe Vaper has no clue. It’s a little round battery. Joe has used little round batteries his whole life. What’s to know? I thought this would be the first excuse to ban vaping. Silly me, flavors are the devil. I guess maybe we can thank pods for that. Don’t see a lot of pods blowing folks faces off. Oh but wait. There’s always one size fits all gooberment. If one vape blows up all vapes blow up. Who knows, maybe gooberment will make this the next pillar of vaping evil. And oh lord!, what if Achmed puts one in his underwear and shorts it out. Now I’ve done it. Calling all social warriors! That evil Ogre used a middle eastern name again. And the beat goes on…

As a single instance of shoes, then underwear, then suspect liquid containers has led to widespread and persistent ritualistic tunnel-vision surrounding TSA ceremonial assurances - in these days of ultra “viral” (and often ultra vacuous) social media video uploads - we are but one “viral video” (of some sparks, smoke, and fear) away from some serious BS at the “security gates” for a long time after. Watch out for the potent “exploding mod/mech bomb” fear angle. Anything looking “homebrew” could be demonized as “suspicious”. Perhaps only FDA-approved Pig Tobacco brand ENDS (with “blessed” internal batteries) would be allowed. Unique serialized identifiers for tracking purposes (listing bio-metrics, all ENDS devices, associated sealed Flavorless Placebo Pods) would be encoded into the chips implanted inside our heads at each Check Point. Mandatory Sin Taxes (imposed upon all travelers) would be conveniently electronically deducted from wages These payments would serve as bona fide non-assignable Indulgences absolving the ruled for joyless vices.

Vapor Sensors: … the TSA is an organization that acts as a front to pacify the American audience. They are not there to prevent acts of terror - to date they have yet to stop a single act of terror or capture any terrorists. They simply help ignorant people feel safer, despite doing nothing to add to any actual safety.

Looks (perhaps) like those TSA folks caught up with intellectual luminary and seer Ted Nugent at one point:

Not really what I’m talking about but ok.hope.it gets better none the less.