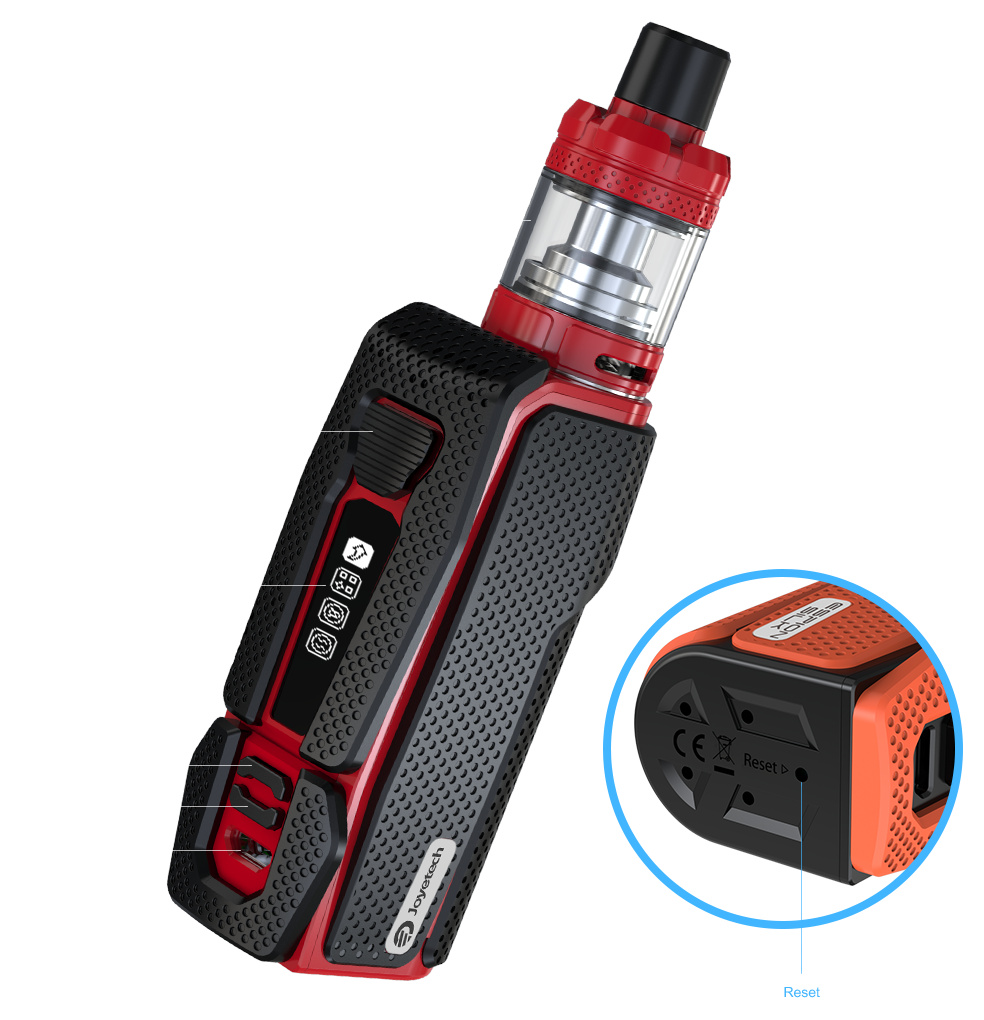 ESPION Silk with NotchCore.ESPION Silk, with the application of TPE, a very soft and safe material, is light weighted and fits your hand comfortably.


Please take a look at this new coil design, again Joyetech may be onto something that will be GREAT to test e-liquids.

The coil this time is a cylinder of NotchCore metal that snaps into place on the atomizer head, It looks to me it could be easily cleaned and re-wicked to try various e-liquids.

Because of the coil “mounting system” design…or lack thereof, I’m foreseeing a lot of issues.

Namely mashed and mis-shapen notch coils from folks exerting too much force trying to install them. Which should lead nicely into jumpy resistance readings etc…

Who knows. The whole thing might end up working swimmingly! But honestly, for me, this is one of those “what on earth were they thinking” first impressions.

It’s ‘interesting’ to say the least.
Can’t wait to hear/see actual reviews on it.

Agree, the proof will be in the pudding, The mod is not questionable, its the coil, but who knows, it looks kinda stout…

image.jpg1537×495 97.9 KB
It looks like if you press right on the ends of the coil it may not smash, and it looks like it could be rewicked in place. 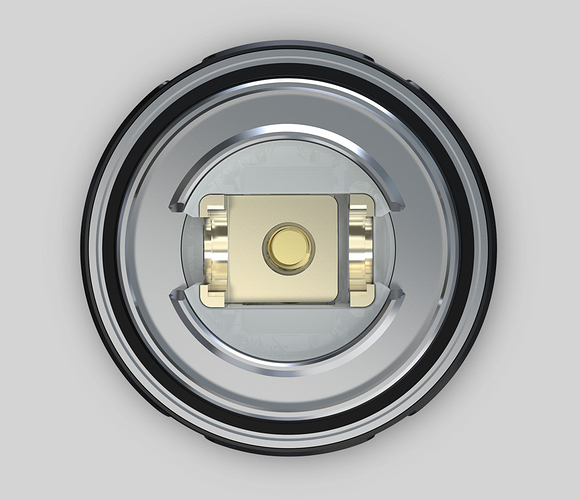 That is interesting. Similar to how a halogen light bulb with contacts on each end. Will watch for reviews on this.

Agreed, Joyetech has already pushed it on their website, so it must work. The mod runs TC think they will sell a TC NotchCore for it?

The coils come pre-wicked, 5 for $4.00, so they must wear out, and they may consider them to not be re-wickable. But being the cheapo I am I still would rewick

Another good question. I can’t believe the number of manufacturers that don’t sell TC compatible coils while their mods boast TC. Per re-wicking, I surly would give it a shot. Looks like you could easily re-wick with the coil in place. At least from the picture.

but the coil surely clicks in to make contact?

That’s what has me nervous though… If it’s not being (what I’d consider to be) properly secured in place by either screws or some sort of clamping system (as opposed to simply a compression fitting, as they’ve apparently done here), then potentially even liquid between the 'compression fit points could throw the resistance readings off (as I recently experienced with my Theorem, having gotten liquid between the insulators and the chassis).

Package kit will include 5 coils, that’s pretty nice considering most kits give you 2 and say to heck with you, buy more on your own.

The mod runs TC think they will sell a TC NotchCore for it?

The original Wismec Notch coil was SS as I recall!

But being the cheapo I am I still would rewick

The “problem” with the Notch coils were you couldn’t dry burn them. So don’t count on much rewicking! Plus, they can get pretty fragile if you go much past 50w, or the expected lifespan.

Here is another video from heavens gifts that shows the rewicking, but they don’t show the installation of the wicked core into the deck

A bit clearer in that one. Looks like they’ve possibly reinforced the ends a bit…
Time will tell brother!

you couldn’t dry burn them

Why, what happens to them if you try?
I’ve never tried because I think it’s way better/cheaper to make my own coils… but I always thought they looked quite handy to have. I kinda like this system and I do hope it works well.

Why, what happens to them if you try?

The original Notch coils are so paper thin, the instant you try and dry burn them, they burn completely through (the connection points in the center section are so tiny) <-original notch coils
Who knows, these may be the same way. 316L was the normal construction of those previous coils. Then they evolved into mesh coils, which is difficult for RDA.
These new notch coils may be SS, They dont give that information yet.

From Joyetech, they just added the product page for the coils themselves, with all the same info from the tank page, but included this. Inner rows seem wider than the OG Notch Coils, maybe, the video makes them look thin, so who knows.

I received one of these from Joyetech about 1000 puffs ago, I’ve been working on a review of the device.

It’s much easier for me to just re-coil them with the factory coils, even though they are just a bit tedious for me to do that as they are like little springs that have to be slightly compressed to get into position. They do make a good connection in the deck, I think the NotchCoilsTM are gold plated on the ends as can be seen in Silly’s pic above. I find the RiftCore to be much better for cleaning and switching cotton wick to test juice, but this is a close 2nd. Prob not as good though as a single coil RDA.

When I pulsed power to the unwicked coil in VW mode the coil immediately glowed, a little too hot even at 15-20W. TC mode worked a little better to pulse heat and clean the coils. The coils seemed to deform cleaning them this way, so they were short after rewick and then they leaked. Or I would have to pull the coils to lengthen them, which didn’t work well. I wish the air inlet was raised up some off the bottom of the deck, or if it could redesigned to be a top airflow.