Any unwanted devices for sale not sub ranks. Thanks

Hi I am from england . I am not using a sub tank . Has any one got any unwanted devices they dont use they are will to sell . Cant afford brand new one as off yet with all this corona going on thanks .

You should be more clear what you’re looking for.
You said you’re not using a sub tank.
Does that mean you want to?
Or are you looking for pods? AIO? Ecig pen?
Can’t tell what you’re getting at.

Hiya sorry I’m not to sure what they are all called . Like a pen 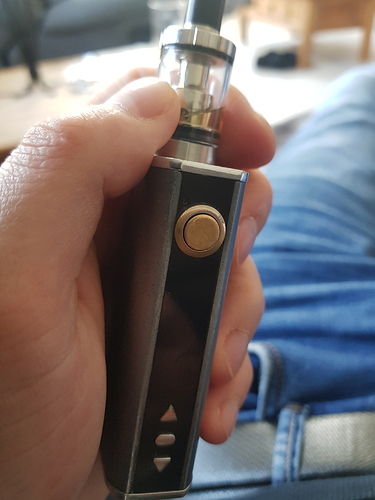 Oh, so you want a mod (battery), regulated, a tank (sub ohm either rda, rta, rdta, etc)…
Someone might have something they’re not using, generally if they’re not using it they don’t like it, and you may not either.
You might actually try approaching it from a different angle; that’s to find out what people’s favorite mods are and asking them to recommend one that you could step up and get, one that they are pretty sure you’ll enjoy, and get it.
I have like 13 mods. If I were to recommend one as a starter, it would be the Geekvape Aegis mini. It is a built in battery, comes with a Cerberus tank that accepts smok baby beast coils (easy to find), performs well, feels good in the hand, is nearly indestructible, and should be under 40 bucks U.S.
If you want a separate battery there is the Aegis Solo which is 100 watts and requires a battery. An 18650. And charger. But essentially the same unit.
That’s my recommendation.

Yikes!
Everyone wants 50 and 60 for the kit, the ones that sell it for 40 are all out of stock.
Well, now that it’s established what you’re looking for, perhaps someone will have something they’ll be willing to let go.

I know there is a subreddit r/ecigclassifieds where I regularly see people from England selling their used vaping gear. Maybe you can cut a deal there.

I put a couple of device kits (that were given to me for free) into your box.

Give them a try. They each come with at least two prebuilt/all-in-one coils.

Let me know if you can pay for shipping upon receipt or if I should wait until the first, okay?

Thank you very much !

Not to disappoint you, but have a look on the shipping rates. My wife spends of double the amount on shipping than on the actual gift when sending to Europe.

But very nice from you to offer some vaping gear.

It’s no problem. But thank you for the warning. I’m expecting somewhere in the $50 range for shipping for my small box of stuff. It’s planned for. I appreciate the warning, though, @SteveTC