Are vapers being brainwashed along with the GP

Most people think testing hasn’t been done for Ecig use. Testing on ecigarettes has been done all along… but all positive results has been dismissed by the powers that be… and obviously by a lot in the vape community. Every test result I’ve seen showed there are no ill effects from vaping. With every positive test result for vaping, ten negative ads pop up to spook the vaping community and brainwash average citizen. Anybody with common sense should be able to see through the strong armed, spook tactic smear campaign being served up to us by the Anti-Vaping Campaign. The number of minors that smoke tobacco are 100 times more than those that vape… but there is little focus on that fact. So many people are taking the wait and see attitude towards vaping. But vaping has been around for a while now and there are NO recorded fatalities beside those that ingested eliquid or nicotine. Who will benefit if your vaping rights are taken away? You should really think about it because that day is fast approaching.

#Scientists Shocked After Testing Ecig Vapor in the Lab

#Killer Vapor: Your Vaping Teen Could Be Sucking Up Formaldehyde and Antifreeze

If people want to believe BS they will. I don’t believe any of it and the reason is simple, I feel so much better since I vape and don’t smoke. That’s all the information I need. Vapers should trust themselves and stop paying attention to all those so called scientists with their fake reports. If you vape and you feel good, vape on!

I feel so much better since I vape and don’t smoke.

I’m 100 with that. Not only do I feel good, I also have lost 37 lbs in the last 6 months. Make sure you read the comments after the first article. A lot of good info in there.

A lot of good info in there.

Yep and in spite of all that good info you still see people latch on to something negative they’ve read or heard somewhere because they have already decided it is a bad thing. There’s just no point arguing with some people. Me, I just take another puff and enjoy my vape. We know we feel better, lots better and eventually time will be on our side. You can ignore what people say, ignoring people getting better after switching to vaping is a lot harder to pull off in the long run. The evidence will speak for itself.

You’re right… I get worked up when I hear to much negativity. It’s really been a blessing for me and I feel a need to defend it. But in reality I can’t change people mindset when they are as passionate as me.

I get worked up

That’s bad for your health and not worth it

I just try to see the funny side of it, comments like this one for instance crack me up;
"Why u wnt to defend the vapor ? You know tht vapor can cause ur lungs in dangerous. U know tht in our lungs got bronkiol and alveolus. I know tht the vapor got chemical food in it. But it got the thicker smoke in the vapor. Can u just think abt it ? I thnk tht u defend the vapor just bcs u is a smoker. In the vapor it got some nicotine right?"
Don’t know what this guys vice is but it seriously impaired his ability to communicate. Still, he tried to make up for his ignorance by using big words like, alveolus. I am also very interested now in how I would get thicker smoke in my vapor

You have the right equipment for it…

impaired his ability to communicate

You have the right equipment for it.

I think I will have to mount a cigarette in my tank to get smoke in my vape, the guy is a moron!

I know I’m stating the bleeding obvious, but I’m gunna have a little rant… the problem here folks, I believe, aside from ignorant people with loud opinions, is money. Thats what it all boils down to!
The powers that be… the people who decide whats good & whats not, supposedly on our behalf & in our best interests (haha!), ie… politicians, currently receive millions, if not billions per year in donations from big tobacco to further their own causes, & governments receive billions per year in tax revenue from the sale of tobacco. So, of course its legal!
Sadly, it seems that despite the presence of articles like “scientists shocked…” in the public domain, nothing good will be said about vaping to the wider community by the people with influence until there’s something BIG in it for them!
& sadder still, it seems that means the nasty “R” word… yep… regulation. Yep, taxes & all the other shit that goes along with it (like kick-backs …sorry, donations to politicians from the manufacturers of Ecigs & juice). What a pain in the arse!!
I just dont see, ultimately, how public opinion around vaping can be changed to the positive without it (“palm-greasing” that is).
Most of us know, & have experienced the benefits of making the change from smoke to vapor. We are all aware of the logic & common sense …but remember, tobacco cant be that bad for us because hey, we’re able to buy it… because its regulated …by the people with our best interests at heart!.

Yes, my wife and I were just talking about this last night. The vaping community will never have the money that big pharma, tobacco and all the other blood sucking private interest groups have to grease palms and pockets. But, we can voice our opinion anyway to our “representatives”. Little actions can produce results. ; )

I love that first article, although it’s bittersweet… what I mean by that is, just what @Pro_Vapes is pointing out… It’s f’ing scientific testing that proves ecigs are safe and not full of the 2000 toxins that are in cigarettes (which we already knew by the fact they stuff the death sticks with crap) and now to the bittersweet part…as much joy that I get in reading this, it’s equally met by sorrow. Sorrow in the fact no one reads this, it’s buried in lies, its in the fine print on the back of a newspaper while the front page is full of the bullshit like in the 2nd article. It’s just f’ing sad and it pisses me off!!
Yes, I agree with @vonTrueso, that, like most things in this crooked, backwards world, the decision is made by the people with the most money…but this hasn’t stopped me from fighting and it never will!!

I have been firing out “calls to action” one after another!! I now think this article is going to be attached to those calls of actions and BLASTED at every senator, state rep and anyone else’s email I can get my juice fingers on!!
I will blast it on social media until it goes viral, I’ll fricken post it on every grocery store bulletin board and street sign I see!! I’ll pin it to the back of the fattest, largest person in the room!! I’ll go door to door like a Jehovah’s Witness!! I’ll plaster them on every court house and state building I can find!! I’ll…oh…sorry…kinda let my passion take over there for a second

Seriously though, every jackass senator that has emailed me back with their automated like drivel of a response, is going to receive a copy of stuff like this until they block my email address!

Call me overly optimistic, but I see too many examples of vaping in public and on media to feel like the sky is falling. And I certainly agree and have stated as much myself that the reason for the all out war on vaping has nothing to do with health and everything to do with money. The government doesn’t give a rat’s ass, otherwise cigarettes would be outlawed. Big pharm and the FDA don’t care, otherwise there wouldn’t be a 10th of the shit they peddle for every imaginable ailment where the side effects are worse than the consition… That said, anyone watching the show Humans? See how they have the dude in there vaping away on his little PV stick? Celebrities on late night shows do it. And let’s be honest here, the mainstream in our society by and large get their ideas of “normal” watching the boob tube. But…

If you are seriously worried about it, go out and purchase a gallon of 100mg PG nic. Separate it into smaller size containers and freeze it. It will keep forever. That’s really the only thing they can ban for sale to the public that you really need. Put it this way. It will be somewhere around 2050 before I run out of nicotine and if I am still alive I’ll be 85 with little left to worry about. 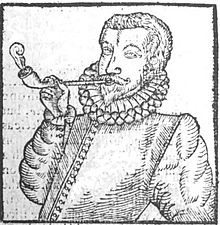 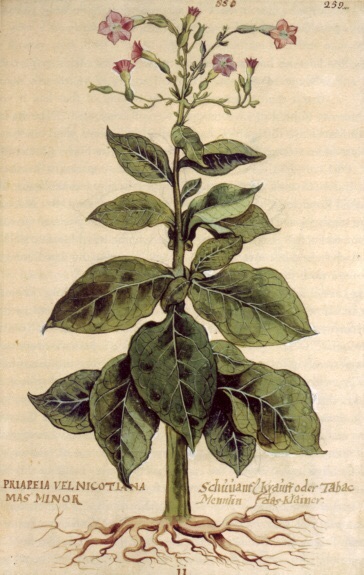 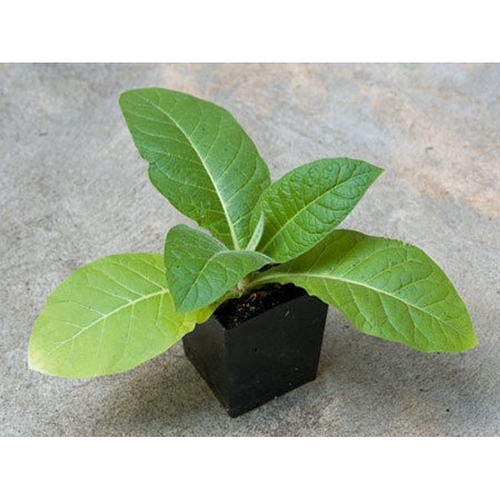 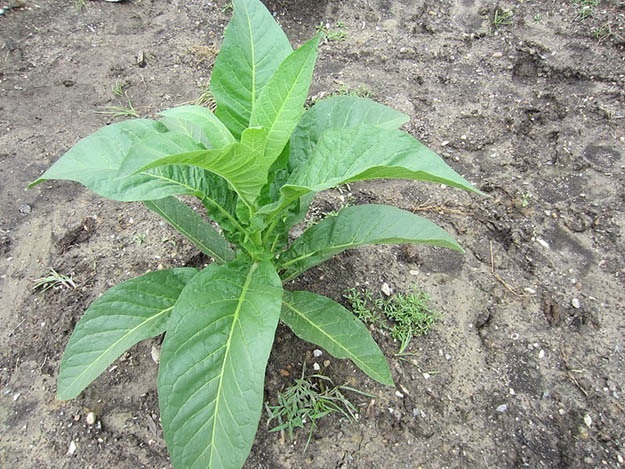 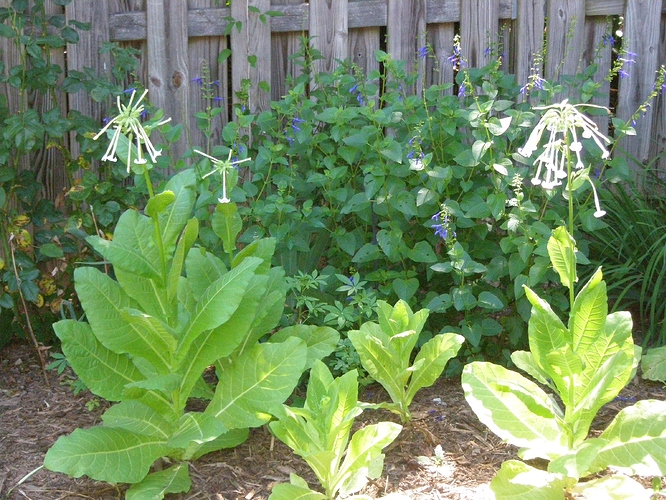 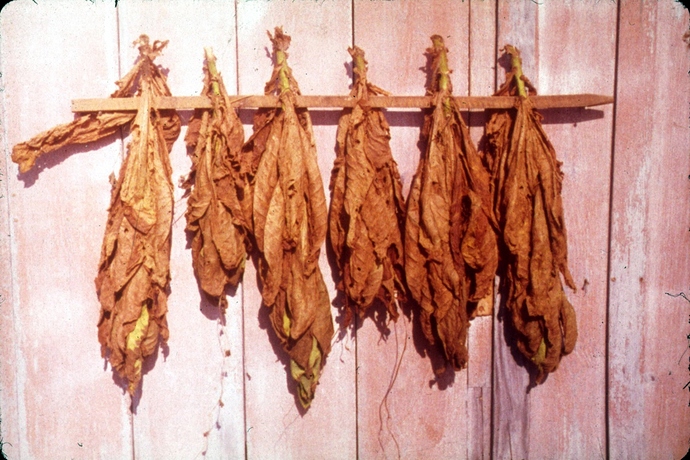 anyone watching the show Humans?

…that’s all I wanted to say, carry on

I’ve heard about that… 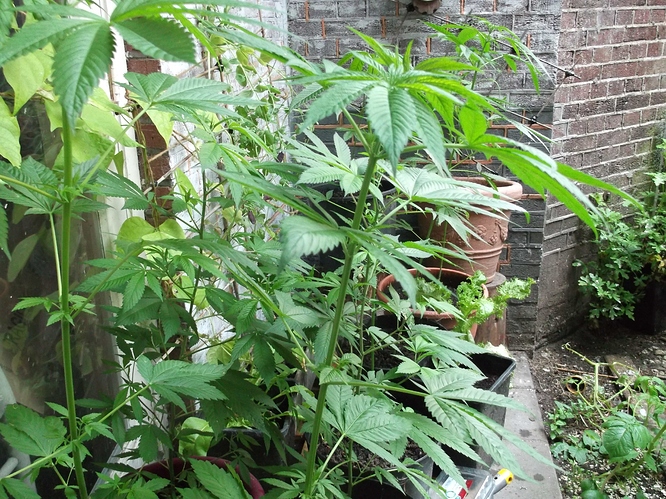 Soon, perhaps in my lifetime even…the conservative rule will end! Unfortunately, for now, we endure this terrible social experiment due to stupid laws!

Yah, I can have 5 without getting into trouble but I get really obnoxious when it comes down to stupid laws. They haven’t legalised people’s lawns now have they? It is a plant for crying out loud so I have 9. This message will also self-destruct in two minutes!