Anyone gotten one of these yet? Just curious as I already ordered two of them based on my experience with Steam Crave and Aromamizer tanks. Got a new Aromamizer Supreme limited addition as well.

Thanks, and Go Bolts!

I don’t think you’ll be disappointed, good call on getting 2 of them…

I’m still waiting on mine, ordered it from FastTech during their Xmas sale. $28, winner! Wish I’d spent extra and ordered from Steam Crave, just so I didn’t have to wait until the 2nd coming of Christ for it

Subtank Supply has them in stock

Tanks came in the mail today: looking sweet!!! Ten ML is almost as big as my VCMT tanks so the 20 ML is going to be massive. I’ll play with them a bit tonight and write something up later in the week.

Got one of the Plus tanks (10 ML setup) built up last night with fused, flat twisted KA at a 4.0 MM ID, and WOW. Flavor is amazing for such a tall tank. The build was pretty basic with the only challenge that a 4.0 MM coil may just be too big as there’s a ton of cotton to stuff in the juice wells. No dry hits until about 135 watts on this build and it vapes down to 50 watts with good flavor and cloud production. The 20 ML tank is a skyscraper. Deciding on the build for this one, maybe a simple 10 wrap 24 gauge 316L. A size comparison of some of my collection is below. All but two are armomamizer and those two are a 30 MM and 36 MM VCST from Vapors Cloud. 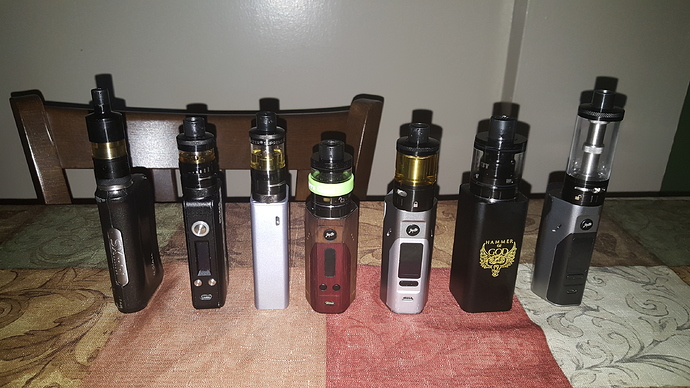 @Mugster, there`s a convo going on on ECF >UK Forum > Fasttech Veterans starts on page 1023, that you might be interested in

@ Mods, if it was inappropriate to give that information, please delete my post and accept my apologies

As promised in the vapemail thread

Sometime I like getting some more unusual vape items just to play with (dripez was one such item) But i came across something the other day and ordered it on a whim due to the fact that I could actually see a use for it - purely a desk jocky as there is really no way to carry this puppy around with you. While I knew this was gunna be big - holy snappin’ bat asshole batman this thing is a monster The aromamiser plus rdta 30 mm with the 20ml kit damn this thing is gunna hoover some jucie - just…

All I can say is holy cow. This tank is so much more than monster size I have to agree with[quote=“Mugster, post:6, topic:102253”]
Flavor is amazing for such a tall tank
[/quote] 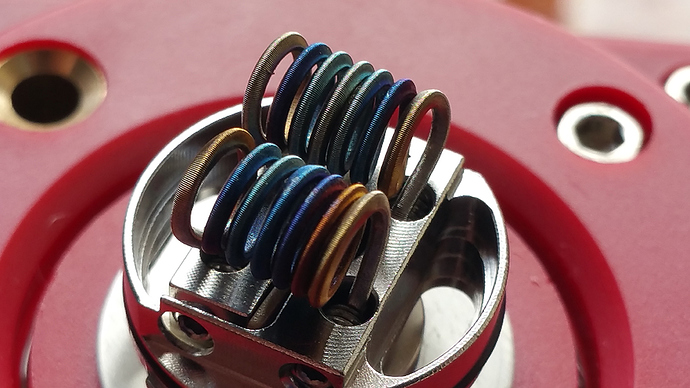 wicked it up with rayon and wow it is great it should cut down my refills - only issue was I thought it would go on the gx350 and there is a massive overhang so i chucked it on the gpriv and while there is still overhang it is not as bad. 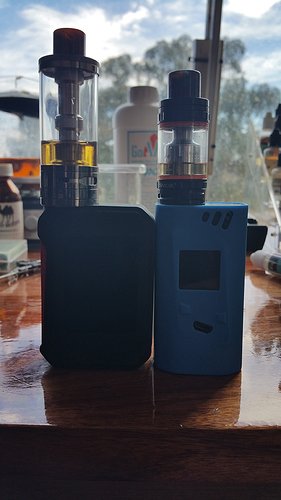 Have not seen 1 drip from it at all - very happy about that because with 20ml in it it would be a tad messy if it dumped its juice.

You bet it would. Thanks!

Nice!! Have you tried it in dripper mode yet?

Not that it’s going to stop me from ordering one, or two, but how is the last 5ml of juice after boiling through 15ml?

Ya I have not seen any tank steep or juice degrade - but I hoover throught it pretty quickly:laughing:

Thanks. Have you used it exclusively for one day to see how much juice you consume?