well, i left the temp the same, 556, i think, and adjusted the joules…but you are definitely right…if i could just get that flavor and satiate my need for heat and vapor volume at the same time…
i’m tellin ya, brother, that was sooooo flavorful…quite possibly even more flavorful than what i had previously only experienced in the TFV4, with the TF-R2 at super sub ohms…
this must be documented and replicated!

Received my Aromamizer 6ml tank today. Ditto to everything @Whiterose0818 said in his initial post. I’m working on a full review with pix and will post that this week.

FYI - I can see this taking over the TFV4 for me. And honestly, that’s saying something. More to come. 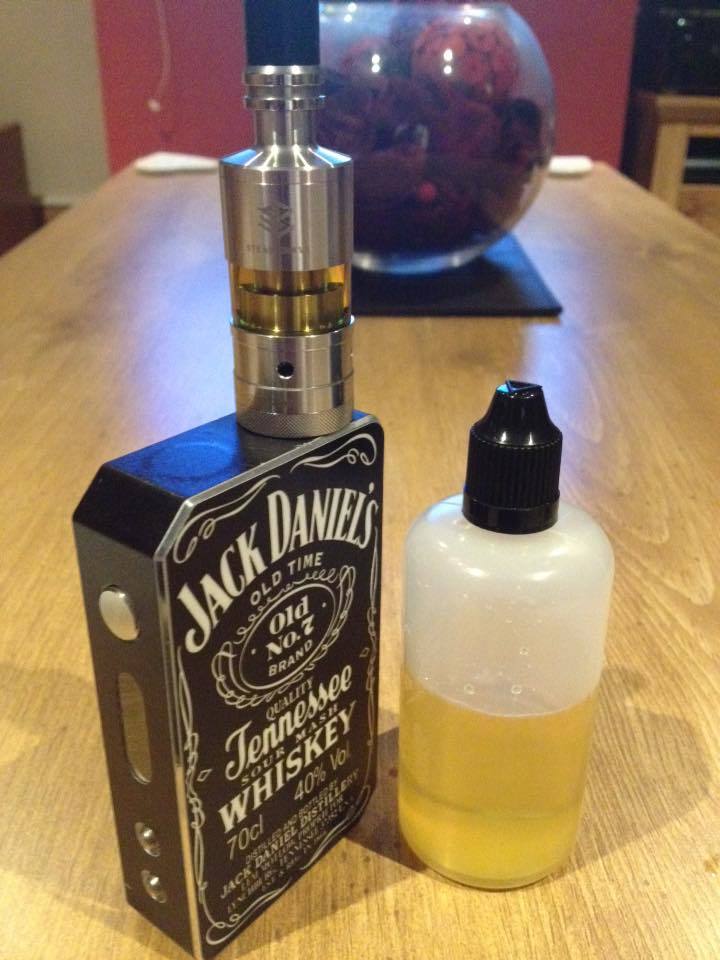 Here is my little flavour gem

Hell to the yes!! Shhhh, don’t say anything but the Aromamizer has basically put my TFV4 on standby. This thing is great!

Think this one needs to be moved to the top of my wish list. I mean next item to get.

Yup, I told you guys a long time ago… The Aromamizer has the most flavor of all the tanks I’ve tried. I’m using 5 of them.
Sometimes I find that using Titanium with a horizontal coil rather than a vertical coil is the best. Don’t discount it thinking you only want to use the velocity style deck. So far, when one is running really well with outstanding flavor and vapor, and I check to see which coil is in there…Bam.it’s always a horizontal build with 26g Ti at .3 ohms every time, usually 2.5 mm inside diameter and 8 wraps. You can’t go much bitter than that on the 3-post (horizontal) deck.
Also… Who cares if it doesn’t have top fill? I don’t. The most important thing to me is that I can access my coil while my tank is full. I can’t stand tanks that you have to empty out before you rebuild them. Also, I find top fill tanks always leak a bit when you fill them. I did learn something very important recently. When you fill a top-fill tank, turn it upside down and then open the air flow control. Then turn it upright. I searched and searched and built them with more/less cotton versus silica trying to figure out why my top-fill tanks always leaked on me. THAT is why.

I just typed a bunch and lost it. Well, here’s a link to the Fan Club page: It’s a closed group, but maybe you can see the posts: https://www.facebook.com/groups/steamcrave/
I wanted to add… SteamCrave just came out with version 2, and it has a metal air adjustment and no nipple (part that extrudes at the drip tip).
Also, the best price on them that I’ve found (v1) is at VapeNW where they start at $19.99, and they have a lot of good prices and shipping is fast (US).

Always put the wick just touching the deck. No fuss. I’ve never had to go back in and adjust one. That’s the way everyone does it successfully. Always is a big word and I’ve used it without any doubt.
Just looked. Oh, they just came out with a 25 mm version too. By the way… The Billow RTA is the only other tank I’ve found where the air goes directly on the coil like the Armzr, but (can’t remember) there’s something about it where I surely prefer the Armzr instead.

Anyone any idear where and when for the Supreme and the aromamizer v2. In the uk???

I love my aromamiser, went and got the limited edition as well. Vertical coil builds always. Only gripe it does tend to leak from the air hole sometimes. Anyone else had this? Just got to remember to close them off.

Anyone know a discount code for the steamcrave site?

vaporbeast.com has the v2 right now in stock…use the code “brandnew” and it brings the total to like $34

Got the v2 comming along with the special edition. Was going to buy the supreme from steamcrave site.
Would of liked the billow v3 aswell but postage is more than the price of it. Have to wait on that one getting to the uk.
And i also ordered the sx tank for the ipv5, in blue of course. Matchy matchy.

Oh, the ones where they flattened off the top.

The same one’s. Got it in black this time.

6 years ago, and @Whiterose0818 couldn’t have been more right IMO.