Ok. I just gave away my TFV4 to my son because his old Atlantis was toast. Anyhow, I’m now
without a tank until I get my 2nd TFV4 from China. Ordered from FT on the 4th and it isn’t due to even ship out until this Tuesday. Sooooooooooo,

I want to buy a 2nd tank from a vendor here in the U.S. so I can get it QUICKly. I only have RDA’s
right now.

I need an easy build deck, as my arthritis kicks my butt every time I build.
Really like the TFV4 . I can build on the RB2 and I like the top fill. But, I’d like
to have another nice tank too.

Buy the Aromamizer ? the Crius? Other? If so, any recommendations on where?
I’ve been looking around, but wow… so many varied prices on ebay. I’m afraid I will end up with
a clone or something. But, I trust ya’ll.

What do ya think?

I think the next tank I get is going to be the “UD ZEPHYRUS V2” … You might like that too. 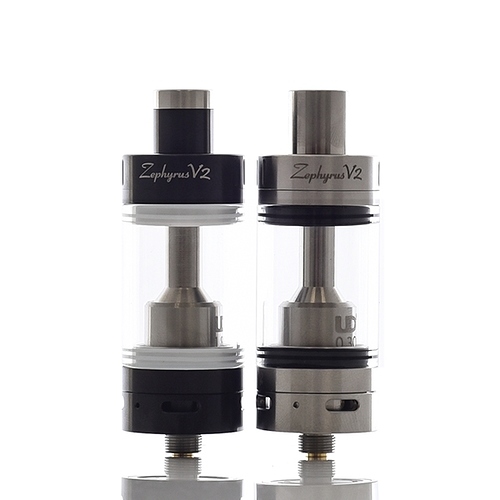 The Aromamizer (with the Velocity build deck) is amazing. And easy to build on - even easier to wick! You won’t regret getting one!

EDIT: Or the Mutation X MT RTA, that has top fill as well - but I hear some have wicking/leaking issues - mine is completely leak free

Oooh… top fill too. The post holes are kind of offset. I’ve never built on a deck like that.

If I could find an authentic Aromamizer that would ship FAST, I’d probably buy it after reading
that one review thread where so many of you guys are raving about it.

Mutation X MT RTA … hmm… that deck has post-holes that are off-set as well it seems.
Is that harder to build on than say… the velocity type?

Yes, in my experience the easiest deck is the velocity!

http://vapenw.com/aromamizer-rdta-by-steam-crave they have them in stock - isn’t there a discount code? Do they ship fast? I don’t know

Or you could get the OBS Crius?

Oh my… yes, that one looks good too. Too many choices. I think it’s going to come down to which one I can get here the fastest.

Hey girl, send me a label and you got a TFV4 Free. You’ll have to get a dual deck though…

REALLY? You rock! I kept my rb2 from the tank I gave to my son. WoooHooo.
Thank you thank you! I’ll send you a label tomorrow when I get to the office!!

I kept my rb2 from the tank

If the Crius is even an?option, then go with the Griffin…the Griffin is similar to the Crius, but much better, no kidding, no exaggeration

The Griffin has been my tank of choice ever since I got the thing. I hate to sound hype-ish, but I’m starting to wish I had a half dozen of the things! I’m quite impressed with it’s performance. Clean. Simple. Top fill. Easy to build. Easy to clean. And as long as you close off the juice flow during top filling…it does not force juice into the juice channels and cause flooding or leaking. Just a great all around RTA.

So then I ordered a black one from Vapor Tek. They said in stock the first week of Jan. Now they emailed to say they still don’t have it and don’t know when they will. So all these ravings about how good it is does nothing but fan my little flames. Grrrr!

Do they ship fast?

yes they do in my case 3 days normally

I own both the crius and the Griffin and they’re both great. Crius looks better imho(not that the Griffin is isn’t gorgeous) has easier top to open, but the Griffin has huge top fill ports that I just pour juice straight from the glass bottles into it. Crius holds more juice 4.8ml vs 3.5 ml on the Griffin. They both have great airflow and velocity style decks. The biggest pro for the Griffin is the bigger build deck and that might be good for you as you have arthritis. And imho is the easiest tank to wick…

Hope you find one that suits your needs sweetie.

Hey girl, send me a label and you got a TFV4 Free.

That was my first thought too, but it would take a long time to get to you from the Netherlands.

Ya’ll are awesome. Thanks so much for the replies and special hugs for ringling, fer shur!

Sorry @SthrnMixer! I’m not a hater…but I’m hating that for you!

Here’s hoping, soon than later, your Griffins will hit your post box!