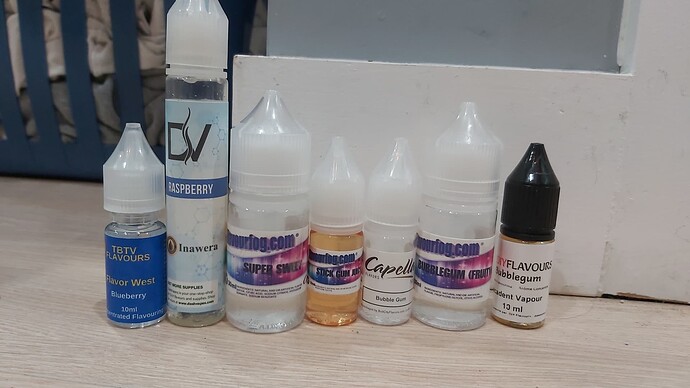 Eenie Meenie Miney Mo
Aside from the Capella I’d wager those other bubblegums are rebrands, so it’s hard to say.

What u mean @TorturedZen ???
Re-brand? Don’t get THAT ONE
in my head. You think? You think
These suppliers ACTUALLY do that sheistyness? Noooooo!

U think those MFO’s actually rebottle flavors with their OWN CRAP?? NOOOOO, NAW I CAN’T believe it. Naw…

.now I’m obsessing I need to know! I’m on a mission now I want the truufff! N yes I am aware of my spellling. The damn truufff!

Too late lassie. They done gots yo benjamins already!

Damn Benjamin’s that’s GREED FOR YA.

MB American Bubblegum should be the gum you’re looking for. It’s great in mixes.

Unfortunately that’s not in your stash. I would go with the TFA you have, should somehow do the trick.

think those MFO’s actually rebottle flavors with their OWN CRAP??

I think what he means is you are getting flavors from major flavor houses but with a different name attached. Could all be TPA TFA only with their own name attached. It’s possible all the bottles could be from the same manufacturer. Or two bottles.

I like MB American Bubblegum for blue flavors and Flv bubblegum for pink flavors. Just saying.

Well, i don’t care how much $ it costs im about to order direct then do tests. Catch dese bastards with they pants Down!

Christ well I got all scared nothings real in my 460 something flavors except the ones coming with their own manufacturer bottles… so I used Capellas it turned out ok. Wasn’t for me anyway. But I still wanted half decent juice. Could’ve been more bubblegum tho.

What’s wrong with this recipe?

Maybe people just aren’t into black pepper recipes? And why is it in a bubblegun thread?

I’m trying not to ''Start new threads for everything "
Wasn’t that last year’s big fuckin complaint??!!
Like we all don’t have bigger things to worry about in life.lol

I doubt there’s a black pepper thread if there was it was probably mine and mine seem to magically disappear… So idk what or where to post now. Well don’t nevermind what I’m saying I just found at least 5…lol at least I can admit when I’m wrong.

Its too bad you are not in the uk. Everythingliquid does a real good blue razz bubblegum. I got 500ml of it for £8 in there big bottle sale. Nothing to do with it put it at 20% and done. Sometimes i add sweet candy cap to it

I’m trying not to ''Start new threads for everything "

Not a problem. Just thought it was odd seeing a question for a BP recipe pop up in the middle of a blue raspberry bubblegum conversation. It’s all good.

Is that what the site is called? Everythingliquid? I’ll still pay the stupid $ for good concentrates, lol kinda like the stupid $ I pay for “other things I enjoy” here that I wouldn’t in Columbia or mexico if I lived there. Hahaa!

Ur right tho I’ve been trying to keep posts where they should be now that I know better. I was oblivious last yr. Till ppl started getting annoyed n getting mad at me. I understand. 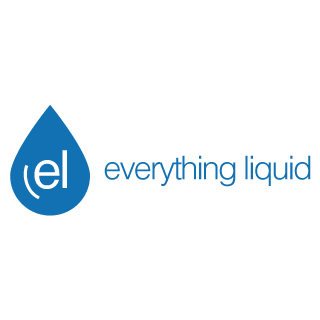 We are an e-liquid production specialist. We also provide high quality packaging and distribute USP grade chemicals to some the best names in the industry.