I’m looking for the best flavor on prebuilt coils, I don’t like to build. I like the middle range power wise, usually between 30-45w. I like warm but not hot, so something that doesn’t require a high wattage range to run. I’m not a cloud chaser, but I do like a moderate amount of vapor to be satisfied. A year ago I was using a Nautilus. then I went to sub ohm for improved flavor. The Nautilus is too tight of a draw for me, and I have tried the 1.2ohm coils on the crown, and get a lack of flavor.

I use a .5 ohm @30w on Kanger Nano, which is good for me on vapor, but just ok on flavor and the coils don’t last long. My Crown is by far my favorite tank with the .25ohm coils around 35-40w, with the airflow about 1/2 open otherwise it’s too airy. I’m looking for a second tank though. I also run my TFV4 @45-50w with the .35 ohm clapton coils, but my airflow is only open about 1/4, or it’s too airy. Really good flavor, but slow ramp up at that wattage.

I’ve been reading the forums and I’ve seen just a few good reviews on the COV Vengeance tank (they said the coils are cheap too, but quality consistency is lacking with them) for amazing flavor, and lately the Cleito? Does anyone have any suggestions or experience? Please no RTA’s or RBA’s.

Thank you so much for any help!

The crown hands down

My Crown is by far my favorite tank with the .25ohm coils around 35-40w, with the airflow about 1/2 open otherwise it’s too airy.

Based on this comment, I would bet dollars to dimes, you’d love the Horizon Arctic with 0.5ohm BDVC coil. I wouldn’t recommend the 0.25ohm coils though. They must make them in a different factory or something cause they always taste like dookie

I felt that the draw was a bit loose as well when I tried the Crown. Solid tank and I wanted to like it but just wasn’t my type of vape.

Like I state a lot, I chain vape between the crown and the herakles, I like them both equally well, the major difference, at least to me, is the crown is more convenient as it is a top fill… which is nice.

It really depends on what you consider “best”. It really is subjective as far as what you like in airfflow and all that.
I am a crown guy all the way and I currently own 8 of them and I use the .25 SS coils.

I won’t get into the tank itself but the coils are fantastic! (In my opinion of course)
I get excellent flavor and I can use them on all my TC devices (Granted it took some time to fine tune the coef)

Typically 1 coil lasts me 1-2 months and depending on how long I let them go, I can soak and clean them and get another 1-3 weeks out of them. The other thing I like about them is they are cheap, in comparison to the other stock coils on the market. I can pick up a pack from anywhere between $5-8

This all fits into my personal needs in a device though. I currently do not build, due to time constraints, but out of all the tanks I have tried, the simplicity, price and quality is what keeps me a crown guy.

I will also say, stay away from Uwell’s rafale!! There is almost no flavor on their new coils, the airflow is way too much, even with it closed!

The 2 rafale tanks I just bought, are the only purchase regrets that I have since vaping!

@Mofogger. I actually have the Arctic. I haven’t used it since I got the Crown, I like it so much. I don’t remember whether I used the .25 or .5 coils in it though. I will have to order the .5 and give it a try again. Thank you!

@DarthVapor I agree, Crown is my favorite hands down. I might just buy another…lol. The coils usually last me around a month as well, which is the best of any tanks I’ve tried. I didn’t know You could clean the coils by soaking them. But. as you said, they are cheap, so I don’t mind . $10 every 3-4 months is a steal. I’ve been drooling on those limited edition ones you have. My crown is worn out though, the spring on the base has corroded and isn’t springy anymore. I know you can buy the base for $15 at uwell, but for that price I can get another tank for just a few dollars more and get a couple coils with it. Might buy a gold and black one and interchange the parts. Saw some pics of some that way and they looked really nice.

Thanks for the advice everyone!

Lol, yes, I’ve been reading all the comments on the Rafale…too high of wattage for me too.

@CallMeTut Are the flavor similar between the Herakles and the crown? If so, I would just get a second Crown as I prefer the top fill as well.

As you always read here… taste is subjective… but I personally think that the 2 tanks taste the same (heat, flavor, and size) I use .5 coils (or .6) standard premade coils for both. I do have a second crown tank I purchased about 2 months ago but haven’t opened the case on it yet. For me, I like both tanks about equally and have different flavors running in the two different tanks.
Quick edit:
If it was me… I would just get a second crown so you wouldn’t need to be getting different types of coils.

I didn’t know You could clean the coils by soaking them.

I change coils frequently so I have a little Tupperware bowl (with lid) next to the kitchen sink that I keep water in. Every time I take out a coil, it goes in the bowl to soak. I change the water every couple days and once I have several in there, I toss them in the ultrasonic cleaner for ~30mins with clean water. The USC works great for removing the build up on the coils. I haven’t thrown out a coil in months lol, just keep recycling them. This may be a mute point if you don’t have a USC though

You just use water (distilled?)? And don’t use alcohol to soak them in… do you use heat when your using the usc to clean them with?

Filtered water and ~50c heat on the USC

The Aspire Cleito has become a fast favorite. Lots and lots of airflow, awesome flavor and very decent vapor. It’s relatively cheap in price, well built and a top fill. I used the same coil for a week, let it sit in very hot water to loosen up any gunk (there really wasn’t any), rinsed, let dry overnight and vaped again.

EDIT: Just thought I would add this here since it came up but don’t wanna derail the thread

I know a lot of people like to use purified or distilled water when cleaning their vape gear but I personally don’t think it’s that crucial. I started out being very careful and methodical with cleaning but after some thought, I began wondering why I was doing all that extra work… Just seems to be overly cautions to me and I’m not knocking anyone that goes though the extra effort but I don’t see the benefit

My reasoning for this view is based on the vapors we inhale everyday. I got to thinking about it and realized…

How many cubic feet of plain tap water vapor do we inhale daily…?
I shower everyday and must be in there ~10minz breathing vaporized regular tap water… 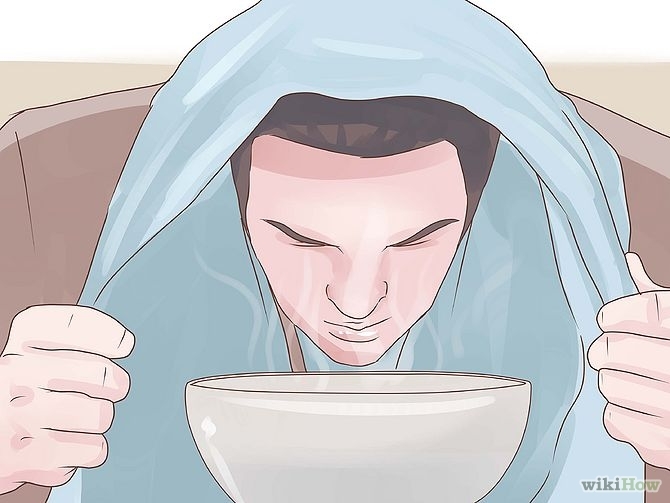 Not all coils are created equal

The nautilus was my first tank and the BVC coils would last me anywhere from 3 days to 2/3 weeks. It was never consistent and some would last a very long time!

I agree with Mofogger, the last time i used distilled water was about 20 years ago to top up car battery.

I have Aspire Triton and Smok TFV4 Tank and seem to prefer the Triton, I have the Aspire Cleito on its way as the reviews look good.

My next tank will be either the Uwell Crown Sub Ohm Tank or Griffin RTA Tank I know they are different types
of tanks.

I didn’t think it was the inhaling of the water (although I may be wrong) but what tap water may do to the equipment or coils because of the impurities and chemicals.

I didn’t think it was the inhaling of the water

I know, that last post was just me rambling lol. I got to thinking about it and wanted to add some clarity and reasoning to my previous post

I do that a lot actually… say/type something and without further correspondence, the conversation continues in my head. I was doing the talking for both of us lol. It makes sense if ya don’t think about it…