Beware of the Vapemons Gearbox!

Warning to anyone looking to get the Vapemons Gearbox, I ordered one for myself and 2 for a friend and they all have problems. Working with efun.top right now to alleviate this problem, they have been responding.

Problem 1 is mine came with a rusted gear that is used to change the settings. 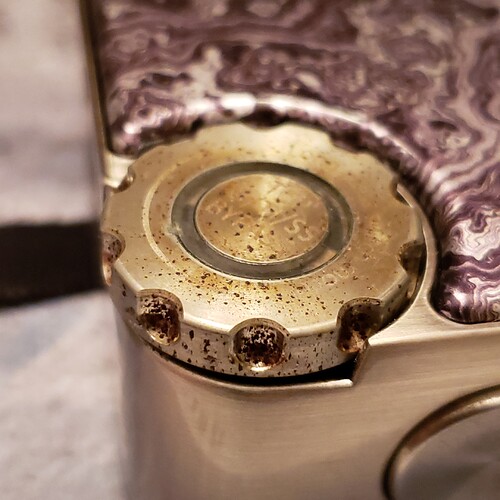 It still works just looks like shit. Upon further inspection I found that the screws in the battery compartment are rusted as well. 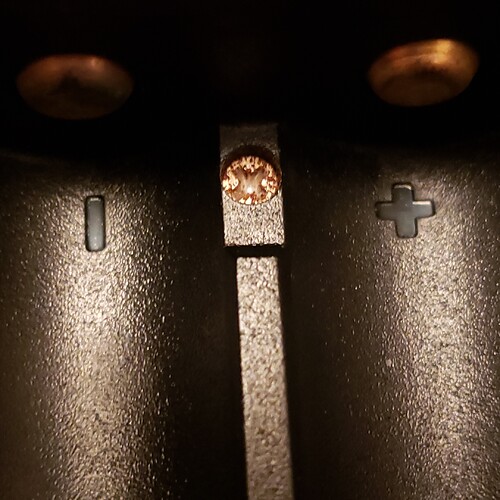 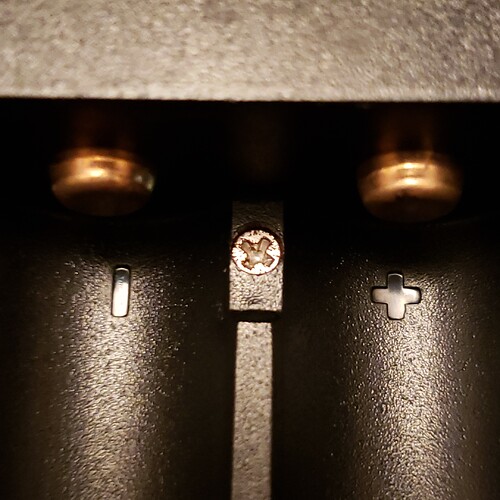 My friend got both the green and white versions. His white is fine aside from the bottom magnet coming off the battery door, no rust to speak of.

His green looks fine but does not work, keeps showing short with any tank he puts on it. Had him make a video to send to efun.

3 out of 3 have problems and 2 are pretty much bricks.

Too bad as it is a cool looking mod but this is ridiculous.

Dude, that sucks. Thanks for the heads up.

No prob brother, just wanted to warn others as they do look cool in person…well at least the other 2 that don’t have a rusted gear.

Problem 1 is mine came with a rusted gear that is used to change the settings.

Probably sitting to long in an ocean front dock warehouse. That sea air can be a metal ruster.

Update: The one we thought might be the only one OK aside from the magnet coming off on the bottom of the battery door has just died, says short on the screen with various tanks.

That makes the 2 my friend got bricks. Mine will work occasionally but has froze up 2 times. I am just gonna assume mine will die and not risk using it ever again.

It seems Efun was gonna send 2 replacements, still had not confirmed if it was 2 or 1 as it was not clear. Gonna have to send the video my friend took of the last one dying…wow, craziness

At this point not sure what to do, they said I can ship them back for a full refund but return shipping is $32

Nahhh, thats ridiculous! If @andycolins at Efun.top cant/wont help ya w/ replacement or at least providing a prepaid rma shipping label, show them how destructive a forum can be to a company’s reputation. With the vape audience you have, they should realize how self destructive it would be not to resolve what is clearly their problem. I notice @andycolins at Efun.top hasnt been around since november so perhaps they are jumping ship and neglecting the customers.

At this point not sure what to do, they said I can ship them back for a full refund but return shipping is $32

Not trying to be negative Nancy here, but just call it a loss and move on.

A year ago, if you remember I called efun out over on VU. After a nearly 4 months run around with that stupid Chinese vendor, I got a 6% discount, after having spend several hundreds of dollars with them, plus extra charges for re ships and what not.

At the end it was just principle for me, but really not worth the trouble and frustration. They should just do business in China and not international.

If you decide to get a “replacement/refund” good luck, hope it’s less frustrating and more successful !

but just call it a loss and move on.

Exactly what they want u to do! Don’t bend over and let companies like Efun.top win!

Back when I started vapung. I found their website and I thought it looked sketchy. I am glad I never ordered from them.

I hope you her 3 new mods that are not DOAs. And the vidoe should be enough for them to believe you

Wow! Gettin parts from the scrap yard? I can see them now pulling parts off wrecked Toyotas.

That sucks, sorry you had to deal with it. I’ve had issues with Efun and Gear Best in the past. Although Gear Best made me jump through hoops to get my issue resolved (and a month’s time), they did provide me with an RMA to ship the defective product back for a full refund. Efun wouldn’t do a thing unless I paid for the shipping and it cost more than the product. Plus they only wanted to give me credit or a percentage of the actual cost as a refund. Never bought anything from them since.

I had a similar shipping issue at $50 with Voopoo. Bad mod in the second day. Not sure what the bigger insult is whenever there’s an issue like this. Bad deal Werth company then having to pay crazy shipping never ends up good. Not in my case. …

Just to update anyone following this saga after trying to get efun.top to do the right thing I finally had to file a PayPal dispute. Efun.top still tried the same shit, oh, we will give you a $25 credit to use in our store, is that ok and you drop the $120 dispute…no fucknuts!

Well after 4 months of BS PayPal today ruled in my favor, I will get a full refund and efun.top can suck it.

What a load of crap!