Your largest single order, how big was it?

Tell the pub. You can say how much it was if you want to.

Mine was 53 bottles mostly being 10ml and a couple 30ml straight flavorings. No Eliquid.
Can’t remember how much it was.

My biggest flavor order was 28 different bottles. My most expensive order ever was just recently, it was flavors, nic, pg, vg, and bunch of bottles and it came to $153. Thankfully I had a gift card for that one and only had to shell out a few bucks!

how big was it?

It was so big, the mail man couldn’t fit it in the box…

Just got 18 flavors in the mail today, mostly Inawera. This package wasn’t so big that the mailman was not able to deliver though.

When i first started i spent $350 at nic river and dont regret a cent !

That’s a nice order!
How many bottles would you guesstimate?

There are enough people bragging about how big it is. No reason for me to join, I’ve got not complaints

But on a serious note… I never had 1 order over €65 or thereabouts. Even if I ordered more in 1 go, it usually comes from different places. I always shop around for price and availability.

Just ordered two of these yesterday on Ebay.
I have no idea what took me so long. Being cheap perhaps.
It’s kind of gay, but i’m very excited for when my nail polish racks arrive. 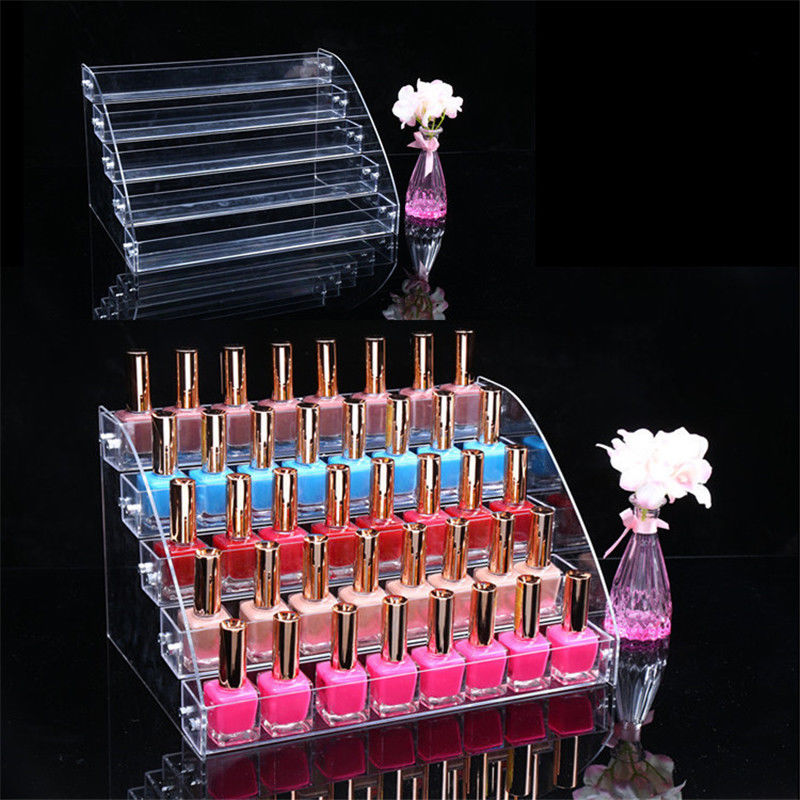 Just ordered two of these yesterday on Ebay.

Just got in 23 bottles yesterday (all 10ml) to go with the maybe 50 or so I already have and think I might need to get a few of these myself @Nco. Actually, need to mine through threads here and see what others are using for their storage…

$10,57 a piece for the 5-layer version on Ebay.com.
I can’t wait for my flavors to get organized.

Right now, they just take up space on my desk because i don’t have anywhere else to put them atm.
You can also clearly read the labels with these racks because they are see through!

When RTS Vapes was having their “Going Out of Business” Sale. They were selling all their remaining FlavourArt concentrates for 75%.
I purchased 73 120ml bottles the cost was a little over $300. I was able to place/sell/ breakdown a majority of the bottles. But I still have enough FA concentrate to make a metric ton of Eliquids

That is a stupid good deal.

I totally forgot about my first online order The only reason i got into diy was because i refused to pay for overpriced eliquid.
Has changed since then, but it was the major driving force.

How was the Suicide Bunny value pack?

SB was the least favorite of the whole order, I was hugely disappointed after seeing so many raving reviews. Madrina was barely vapable, I liked the O.B. for only a few puffs but got sick of it pretty quickly, mothers milk not my thing, sucker punch was OK but not great and derailed was absolutely horrible, like vaping green figs (bananas)!
The best was Carnival from Wick Liquor and then the French Dude. Wasn’t too impressed with Beard either. Crumbleberry was OK too. That apple strudel was nice but it really stunk up the house… my wife wasn’t too happy with me vaping that stuff