What percent did you use?

And welcome to ELR

OK dangerous as it is I’m gonna assume here. You say FA, so Flavour Art? If so did you use Bilberry flavor? I don’t think even though from the same family as the blueberry its as sweet or as good “stand alone” as a flavor. You could surely use it in a blueberry candy, but I’d go with TPA Blueberry Wild, CAP Cotton Candy, CAP Marshmallow, FA Bilberry and a tiny bit of TPA Sour.

Yes flavour apprentice blueberry candy iv tryed diying a blue slush and a blueberry sour buh it will not take l. Bottle looks very cloudy and watered down as i did use a 80vg 20pg mix

Blueberry candy flavour apprentice 5%
Sour 1%
EM 0.5%
80vg 20pg
3mg iv tryed it with many other recipes and does the same to them cloudy and looks as if it watered down 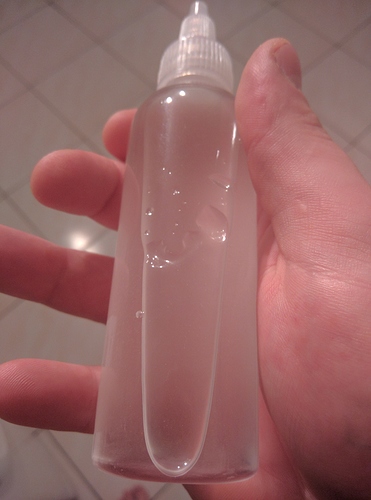 I’m hoping someone will jump in. I haven’t played with blueberry candy tpa.

But from experiance, sometimes the mix can be a bit cloudy upon mixing. A good shake and ideally the next day or two it’s gone.

Beyond that I’m not a nice big fan of plastic. Just thinking ahead, did you heat your unicorn bottle?

how long did you let it sit??? I know i have had problems with @JoJo’s peach ring v2. I was doing max vg and it tasted chemicaly and what not. I had to actually add pg to it and let it sit for acouple of days before it started tasting right. I ran mine through hot water before I vaped it after mix. The flavor just has to be mixed really good. so run it over hot water until it is like water just about and give it a shake and steep it in a dark area

Its been sitting in my cupboard for 7 days

two things you can try toss the existing blueberry candy, or contact the vendor shoot him your pics and see what they say, ask for a replacement for it try again. Or toss the whole idea of blueberry candy and get the TPA Blueberry Wild. I use it all the time and have never had a cloudy issue.

Blueberry candy flavour apprentice 5%
Sour 1%
EM 0.5%
80vg 20pg
3mg iv tryed it with many other recipes and does the same to them
Your EM how or what did you use to desolve it? or was it liquid to begin with?

Em was a liquid format

@Rhys_Hott92 …quick question…The Blueberry Candy flavor that you have, is it based in PG or is it the one based in Triacetin? The reason I ask is that the first time I got this flavor, I did not pay attention and I had gotten the one based in Triacetin. All of the mixes I used it in were cloudy. It took me a while to figure out why, but just to make sure that is what it was, I tossed it and bought a new one that was PG based. I still use that one to this day and never have had another cloudy recipe with it.

Hi thanks. I thought the same buh its definitely pg base flavouring

i have used a lot of blueberry candy by TPA and its never been cloudy in any way. and yes, there are 2 different types.

Have you tryed it with sour or koolada