I am looking for some suggestions for a sub-Ohm mod for under $100 total price(box mod, tank, battery all together). I had a KBox Nano kit, with IMREN 3000mAh battery(40A), I did love it, but I recently lost it. (I think it fell out of my lap, exiting a car, and I hadn’t noticed until it was too late… sad day for me, indeed.) So I am just curious of what else is out there for around similar to that price range that would be worth checking out?
I thought to ask here, because after looking around ebay and amazon, I have noticed most are WAY cheaper than in the local shops here, which leads me to believe they are clones or fakes of some sort. I am relatively new to the box-mods, only having owned one personally, and I just don’t want to throw my money away on trash

That looks like a pretty awesome set up. does that cuboid have micro-USB chargability? Or will I have to use my intellicharge i4 always?

They recommend not to charge via micro usb and to only use that for firmware updates. I always charge my batteries on a separate charger.

My Cuboid seems to charge on USB, but I won’t recommend doing it - I never use it - I always use my table charger

I always have a set of freshly charged batteries ready

Yeah, sorry, I clicked into the link and saw that after I had already replied, hah.
I really want one I can run pass-thru preferably… I am not really trying for some over kill wattage, really. I mean when I had my Kbox 50w, I never went past 23w on my .5ohm’s with my tanks air half open, and even that was like a bomb to my lungs haha.

I don’t know of any dual battery mods with good enough balanced charging that supports it - Maybe the Vt133, but that’s like $150 for the mod alone…

I’m very impressed with the eVic VTC Mini and the UD Balrog - the Balrog in TC is very good to me!

I really like my vtc mini and use it with the crown tank as above. It can be charged using the micros usb but once again, they do not recommend it.

I still have a bunch of my kanger coils left so I was thinking I might just get another sub nano or mini tank so I dont need to let my box of them go to waste. would that be an okay tank to run with these suggestions still? Not sure what the overall public opinion is of those tanks, I mean, for what little I used of it, I didnt have any issues, myself

I don’t see why you couldn’t use that tank

cool I might do that then just to save the trouble of having to get more, since I already have a bunch haha

I like what I am seeing with that eVic VTC Mini, the color choices are awesome, also haha… diggin the cyan colored one for some reason

(not even a color i particularly like, usually… but that thing wears it good!) 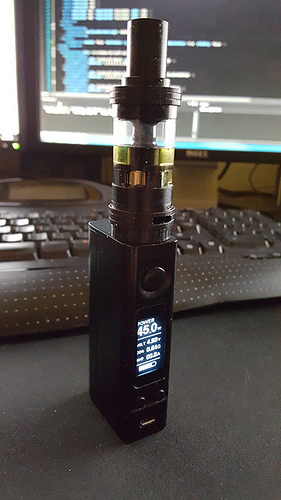 Great because I have already been ripped off enough by the local shops, after nearly $30 for evod2 kit, just to have battery poop out on me a week later, and another $20 for the little 650 spinner… smh… i could have just got something nice instead… 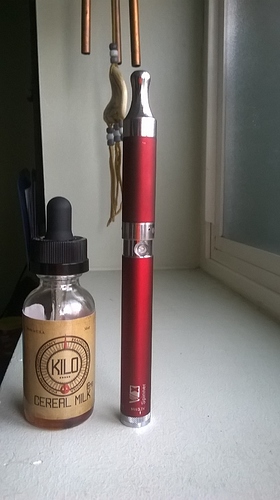 Though, I have to say, of all the ego/evod style ones I have had, this little 650 spinner is the best of it’s kind I have used, little tiny guys packs a punch… just not a fan of this tiny little tank… gets too hot having a dual coil in a little 1.4ml tank I think.
it’s hard to go back to this after using a box mod haha… just isn’t the same…

Coming from a KBOX mini this will feel like your old vaporizer came back home but with superpowers, and it’s at around $30-40 is WELL below your budget cap. Top it with whatever you want cuz $10 for a decent battery and you still have $50 to spend on the atty and coils of your choice!

Also I am vaping one topped with a Subtank Mini running the RBA coil right now, and I love it. 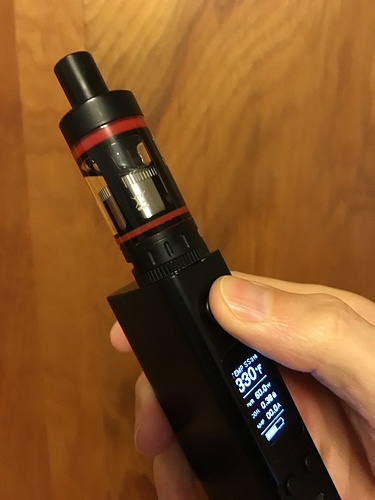 Everybody seems to agree, the eVic VTC Mini is the way to go, then

Thanks all for the recommendation, it looks pretty awesome. Not sure when I will be able to get one, just starting my new job tomorrow, so probably in a couple weeks, I’ll get one.