I ran across this site while looking for photos. It brought back some old memories. I also found inspiration for a couple new mixes…

I’ve been having some ole school nostalgia for candies as well some of mine aren’t as old as yours. I love those Zero Bars. I don’t have white chocolate tho.

What ? What about MF White Chocolate ? If you haven’t tried that one it is really good. 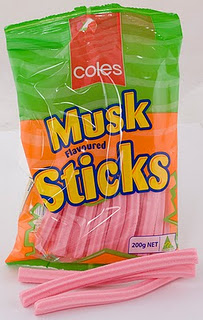 ALL I SMELL IS A FUNKY MUSKY PERFUMEY SMELL EWHHH

Anyone tried Musk candy and is not accustomed to it before trying it ?

I just haven’t tried it. Nobody never talks about and that’s on sample I haven’t received. I’ll be putting on my list now.

I just thought you had all MF chocolates and so I read you liked the chocolates so I took a chance and chose White Chocolate and I really like. It’s comparable w/ FW’s which is so much better than TFA’s. I say comparable bc it reminds me of it.

Ive ordered from that site a couple times, they have some great stuff from ages long past.

Two of my all time favorite candy bars that i have been thinking about replicating are Zagnut and Clark Bars, yuuuum. Im working on a Payday at the moment, while it is still a common candy it came out in the 30’s or some time around there.

Ill probably swap out the Caramel (MF) at some point, i have Caramel (FLV) in a single flavor test batch from three weeks ago.

I think next up will be Bit-O-Honey that i never finished.

BTW, websites like that are the reason that i am not allowed to have a credit card, hehe.

I think next up will be Bit-O-Honey that i never finished.

I had one before that was pretty good. It had Caramel Original TPA (which I had to scrap) and I never remade it until recently with a new recipe.The finger test seems promising. It might need some tweaking tho…

Molasses, good call! I have the VG versions of a couple of those, ill give it a mix for long term curing. Check and see what kind of flavor loss there is with using both VG and SC flavorings. Plus it looks really good, hehe.

It’s the bomb with nuts. The reason I say I might tweak is I nail a PB Base. I’m in the final testing stages with it but it’s the best PB I’ve tasted so far.

The base looks really good, i havent grabbed the PButter yet. If i go after a PB base ill have to try and replicate Peter Pan, i eat a small jar a week on a spoon… I love that stuff.

I just grabbed my mixing table to make your Bit-O-Honey, ill let you know in a couple months, the VG stuff require mas curing time…

I made an attempt for a Cinnamon Peppermint Bark Candy like I picked up in Nashville a couple of months ago.
I need to get a couple of mint flavors to try out but I just went with what I had , that is half the fun!
Here is a link to the candy. Blow up your taste buds with layers of smooth dark and white Belgian chocolate laced with hot spices and popping candy and sprinkled with bits of cinnamon hard candy. No artificial yuckiness - just wholesome hot happiness in every bite!  Each...


Here is my recipe , it is a shot in the dark as I haven’t used a couple of these flavors before. Until it is tested I will keep it private.
EDIT:
I should have included that even though it is a WIP or work in progress , I have indeed sampled it right after mixing and it is pretty tasty.My first attempt I made was with the Red Hot at 2.0% and it was just a tad light for me.

Have you ever tried adding brown sugar or cheesecake graham crust to your PB vapes? I have found that 1-2% brown sugar tfa and 2-4% cheesecake graham crust take the edge off and give it that jiffy PB flavor I was looking for. I’m sure the molasses will pretty much do the same as far as giving it the sweetness. I’d be curious to see how it would work out with Real Flavors Brown Sugar Extract. This was a little trick that someone taught me about PB a few years ago.