Chemicals in e-cigarette mix is toxic to lung cells new study, will they ever give up?

This is the umpteenth lie built just for the title… No comment. 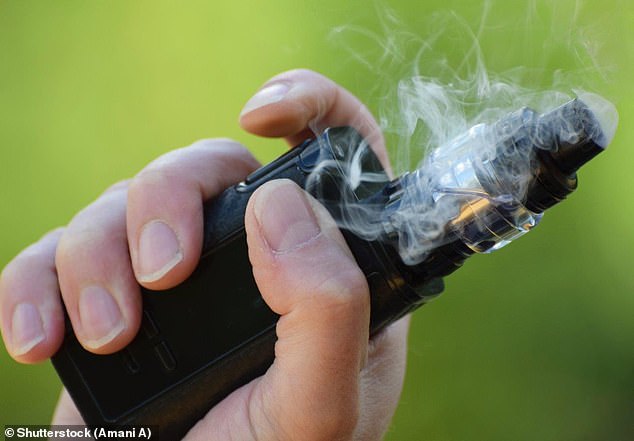 Chemicals in e-cigarettes mix to form ‘entirely new combinations that are...

But there again… look at this one:

A magic bullet? The potential impact of e-cigarettes on the toll of cigarette...

E-cigarettes hold the potential to reduce cigarette smoking's enormous toll. By itself, however, tobacco harm reduction, as embodied in vaping, is no magic bullet. Going forward, tobacco control will require vigilant application of the evidence-based...

This is a nice one!!
Results: The combination of assumptions produces 360 possible scenarios. 357 (99%) yield positive estimates of life-years saved (LYS) due to vaping by 2100, from 143,000 to 65 million. Most scenarios result in millions of individuals quitting smoking due to vaping. On average, vaping-induced quitters gain an extra 1.2-2.0 years of life compared to smokers who quit without vaping. The impact of vaping is greatest when it most helps smokers who otherwise have the greatest difficulty quitting smoking. While the numbers of LYS are generally large across all scenarios, they often represent a small fraction of the toll of smoking.

Sept 1 was my 4 year smoke free anniversary. I smoked for more than 50 years. I was at the point where I could barely walk to my mailbox. Now, thanks to vaping, I am 68 years old, walk a woods with my dogs and split firewood with an axe just for exercise. On top of that I am a diabetic. With vaping I can enjoy tastes that ordinarily I can not.

It should speak for itself. Yeah I know most everyone here have similar stories.

I recently had a chest X-ray as part of a general check up.
I smoked for about 32 years and was definitely feeling the effects. I started vaping about 8 1/2 years ago and haven’t had combustible tobacco since then.

Thankfully my chest X-ray was clear and I definitely breath and feel a lot better than I did prior to finding vaping.

If I’ve had continued smoking and believed all the ‘articles’ I read would my chest X-ray still be clear.

Every part of my being says no.

Until there is irrefutable evidence that proves vaping is worse than smoking I shall vape. I say worse because even if by some unforeseen reason it’s equal I shall still vape.
I tried cold turkey,pills,gum and stop smoking classes and they all fairly miserably. I know that means I failed miserably but until vaping I was always going to smoke until it probably killed me.
I’m convinced that’s a fact so as I say I want to read and believe irrefutable evidence from an independent source with no agenda or quite honestly every ‘expert’ can get stuffed.

Until there is irrefutable evidence that proves vaping is worse than smoking I shall vape. I say worse because even if by some unforeseen reason it’s equal I shall still vape.

You’ll never see credible studies reaching either of those conclusions. Hit pieces? Sure.

Of course it’s a pack of lies and without any whatsoever foundation, or how those have been made, old studies as references, what liquids and on and on, we all saw this through the years, students looking for funds, scientist that do have (a lot of) funds, anti smoking groups that now are anti-vaping fanatics looking for notoriety (Cali fell thanks to those bas…ds, so 40 million people have to thank them)
So we got pretty bored and don’t even need nor want to comment those “studies”