After two years of trying to help my sister with vaping FINALLY we found a setup that works for her and I feel like a complete IDIOT for not thinking of it first. She used my husbands nautilus mini on the iStick 30 with a cowboy flavored eliquid and didn’t cough, actually liked it, and has said that she can do this one. It was a Christmas miracle and one I should have tried years ago, but hey now I know what works for her.

That’s GREAT NEWS @authormichellehughes. I went through a similar almost 2 year thing with a friend of mine. He was a heavy smoker, and DL he had to (according to him) vape 6-9mg. Waaay to much for me DL, but that was the only thing that kept him from going back to cigs. Made him cough a lot, and I repeatedly said, let’s get you down to 5mg and below, and he wouldn’t. Finally stopped vaping, back on cigs, and we went back and forth for over another year different flavors, PG/VG mixes (tons), different NIC levels, Salts, FB, you name it, we tried it. Now here’s the part that killed me. It was his damned Cleito. I yelled at him, because I said in the BEGINNING that COULD be it, but he had already bought a shit ton of spare tanks, boat loads of coils, so he was IN it. I repeatedly asked to have him borrow any of my setups, he wouldn’t, SO, we stuck back on the whole, “Must be the vape” train.

Well, HEHE, finally got him BACK on vaping, and got him to TOSS the Cleito and all it’s associated parts, AND, I’m glad to say, he’s now FIRMLY onboard the #TeamSteam !!! Only took TWO years Michelle. One small victory, and a PAINFUL one at that, BUT, a victory none the less. GREAT JOB on yours, and keep them coming.

I love hearing your story!!! It’s amazing how a TANK can make the difference between vaping and not. Is the steam a MTL as well?

Sounded a lot like your story, and had to share. I mean look, just because I love Steam Crave, doesn’t make it the end all, be all of vaping, just my preference, AND, what I just happen to have a shit load of on hand, including my personal main SF tester rig (which I did, friend in need and all that). When he FIRST scuffed off my “Hey, I wonder if it’s your Cleito” questions, I should have forced him to vape something else, but he seemed sure his rig wasn’t the issue. Ehhh, all good right, I mean, it only took TWO years LOL.

I loaned him my original Version 1, which is slightly restricted DL only. Despite myself running around town with BOTH a MTL and my DL, he had NO interest in MTL.

It’s weird. As you know, I love (and hate) to do SF testing, and now apparently finished ejuice testing. I looked all over for the “best flavor” chucker that everyone was using, to get an idea, and about everyone screamed get an RDA. Picked up more than a few, and most just seemed hot, and spitty, and the flavor was not as good as my SteamCrave(s). Tried a few more, didn’t want to just give up, but I never got into them. Went back to the SteamCraves, and continued doing a shit ton of SF tests on it.

On a lark, thanks to @Cutlass92, and @Molly_Mcghee I picked up a: 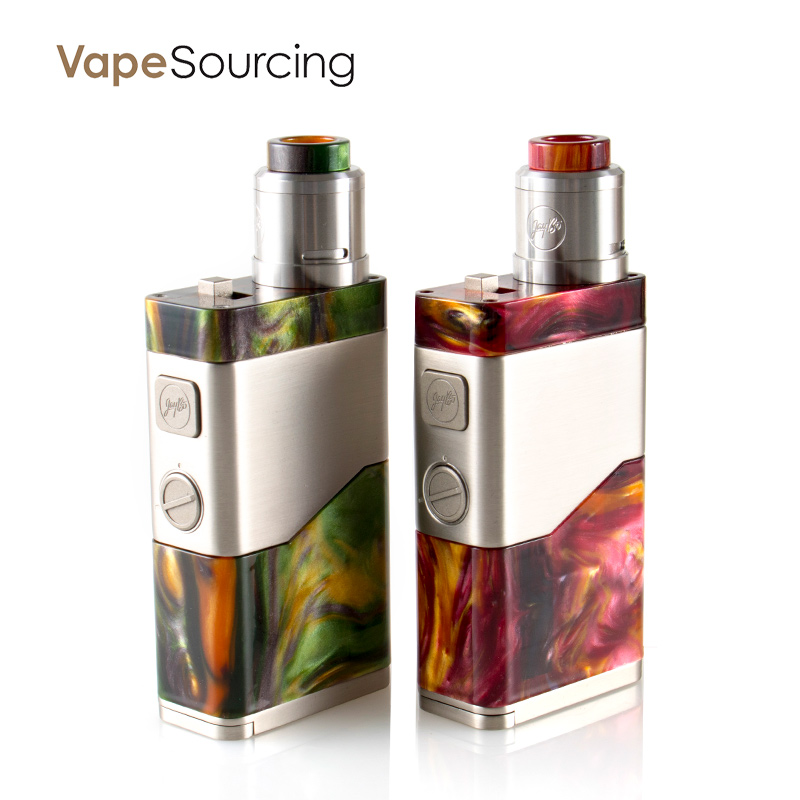 which as it stands, IS an RDA !!! Why does this one have much better flavor for me, when the others didn’t ? Why isn’t it a hot, spitty face burner like the others ?? I have no clue, but it’s GREAT, and has great flavor.

I don’t know Michelle, it’s like you just have to STUMBLE across what works for you, THEN celebrate !!!

For me the RDA thing wasn’t about spitting or bad flavor, the wide open draw was the killer.

the wide open draw was the killer.

Hehe, roger that. If open draw isn’t for you, then that’ll probably take the whole lot of them off the table.

I went back to my little Etna MTL rda lol it works so why fix what isn’t broken? As far as everyday vaping my old tobecco supertank is still the love of my life hahaha

Nice, sometimes new isn’t always improved. I love my version 1 SteamCrave, and it was the ancient original. Sometimes older IS better if you ask me. I’m about 50/50 MTL/DL depending on the situation, and I DO have to mix most of my MTL’s higher NIC, and higher flavor, just by virtue how how it works.

Agreed! That mesh one I bought was a doozy LOL it took a whole cotton field of cotton

The Nautilus Mini was the next step for me, after the Ego twist & CE-4 combo I started on. After the jump to the Nauti Mini, I knew I had smokes in my rear view mirror forever. Going on 5 years later, I still have one in my rotation, and a few more in my vapocalypse stash. (Still a tobacco fan since day 1 also)

I wanted one drop in coil tank in my stash, In case age made rebuilding too difficult. I still think the Nauti Mini is an outstanding MTL tank, within it’s obvious capacity limitations. I pick up a few boxes of coils here & there, when I see them on sale, and add them to the stash.

Congrats & continued success to your sister. She’s fortunate to have your support & help!

Thanks so much d_fabes! We were having a lot of issue over tanks, flavors (she doesn’t like any sweeteners) and coughing her head off every time she tried to vape. It was actually a fake out on my end that caused this happy event, a friend had sent me some 50/50 commercial juice to try and I really don’t like tobacco so I asked her to try it to see if it tasted like a cigarette to her. I say fake out because I could’ve just taken a few puffs to give him an idea but decided to do a last ditch effort

Anything to get our loved ones off the deadly cigarettes is good news. My son in law, these past 3 weeks ,is now on 50mg Pods. He mentioned how costly the pods were and I told him his next step will be to cut his nic down to 30mg. At this point, I think it might be wise to say a little as possible and let him discover vaping (keeping my fingers crossed).

I’m with you there, whatever works.

The Nautilus Mini was the next step for me,

I absolutely HATE buying coils but, like you, I will buy nautilus mini coils when the stars align and there is a sale at the same time I have cash. I’m on my last coil now and it’s all but a goner.

@authormichellehughes that is an awesome Christmas miracle. I have one too.

I took my cousin to a court appearance and when he came back out he was down in the dumps because of all the money he just dropped. I don’t allow smoking in the car and he is always wanting to but this time I let him but he says I just need to quit and I Pounced. " I can help you quit, " I say to him and his eyes light up. How? Vaping, I told him. What about popcorn lung he asks.

Aaahh, the old popcorn lung fear pops it’s ugly little head up and I whack-a-moled it. It just so happens that whenever I leave the house, I take an extra kit in case I meet someone ready to quit smoking. When it comes to family I will make sure they don’t fall between the cracks and they get everything free unless they insist on buying coils.

He took a few hits off of the Pasito and that was a week ago. He was able to quit smoking and jumped right into vaping. I’m not naive enough to think he won’t get a pack or two during the quitting phase but so far he says he hasn’t had a smoke.

That’s so wonderful, Dan! I love hearing those stories!!! Great idea on keeping a spare kit too!!!

I got my brother in law to switch to vaping about 4 years ago. He was already having some breathing issues and knew he needed to quit. I gave him a bunch of gear and explained it all for him. He loved it and dropped the analogs after about a week. About 6 months later he decided it was all too much effort so he went back to fags, and as far as I know he’s still on the short track to an early demise. Can’t win 'em all, unfortunately.

Congrats to you guys for your successes though!!

I tried to steer my daughter into vaping about 5 years ago, didn’t take. She finally, with the help of California ANTZ peer pressure, slowly cut down and is now *nicotine/Cig free. I can live with it, some folks will never get vaping no matter how well you explain or try to teach.