Anyone get a chance to check this out yet? Looks kinda cool. 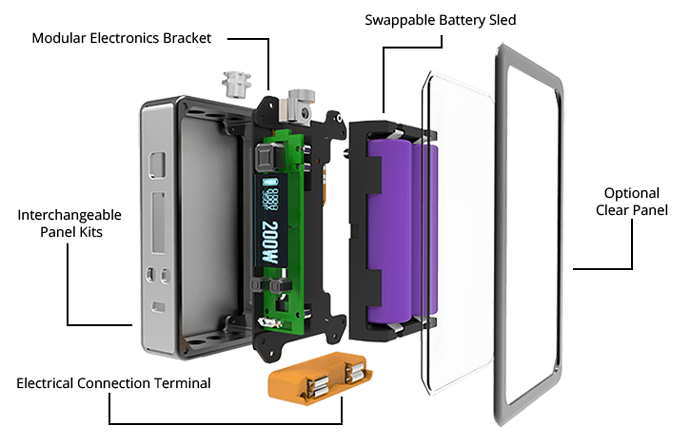 I always said I wouldn’t pay the DNA price… but I want one of these. I’ll throw back $20 every week as a down payment for when they come out.

You and me both homie. Been watching this company for some time now.

That’s the one you can program and upgrade yourself… right?

Yes correct. Software upgrades via Evolv through usb port on your PC.

I’ve been following them from the start I posted about a couple months ago somewhere… really really cool!!! it’s worth waiting for the other platform besides the DNA… IMO

This is one I want. Way too rich for my blood at the moment. Last I saw they were still at the $200.00 mark. Like desktop computers, I think most electronic devices should be built this way. Whoever makes a gaming console with this kind of thinking would make millions overnight.

I would if I could buy the whiteout OS version…

You might be talking about their OS version. They’re releasing an SX and DNA version as well.

Whiteout OS: We are excited to introduce the ARES, the first open-source and community-driven PV chip to be made widely available to the market. The Whiteout OS (short for “open-source”) will be an easily and infinitely customizable 120W device, and our community will be constantly pushing the boundaries of vapor technology with tweaks and modifications.

That sounds like the one. Someone posted it here a couple months ago. I’ve already saved $40 toward it’s purchase.

Whatever happened with these guys? This release is way overdue. Anybody heard anything?

Their Reddit page has stated that first group of preorders have been sent.

I was wondering if they were out yet. I thought they were due out last year… Aug or Sept?

oh yeah…then it was problem after problem…setback after setback…
i checked reddit a coupla weeks ago and they said: shipped!!!
i’m not jumpin on it…it’ll be another year, lol

I wanted one at first… I almost preordered. I’m glad I waited. I’m happy with my VT200s. No problems yet.

i’m gonna build one next…i HAVE to know the pride!

I finally received my Whiteout DNA yesterday, won it last year on Plumes of Hazard (literally took them almost a year to get my winnings, which was supposed to include a custom engraved panel).
Initial impressions: build quality is alright but not perfect, battery is way too small for a device like this, it’s a big box but feels very light.