They’re a love-hate kinda thing… well, they are to me. Oh how I love my cream …& sugar - I thought I’d finally found a way to indulge - “cream & sugar with no weight gain! You beaudy!!” But, oh no, now I’ve just gotta clean my coils every other day coz they’re fat & grose instead! Theres always a down-side aint there??

So, what flavors are the known gunkers? Is it Acetyl Propionyl that does the gunking?..Is the triangle also a gunk warning?

I mainly use TPA & have learnt that brown sugar is a gunker… & I know sweet cream is & no doubt Bavarian as well - are they all as gunky as each other?
If its a sweet flavor, does it stand to reason that it’s a gunker? & what about brands?.. will TPA flavors that gunk, gunk more or less than say CAP or FA?
What other flavors gunk? & are there other versions of those flavors that dont? (DX?)

Sorry about all the questions, but I ask because I’m about to jump on the TC bus, & after all thats been said about it, I’d really like to experience Ti.
My concern is that what is now an inconvenience (having to try-burn every other day) is about to become a major PITA! (not being able to dry burn every other day!)

I guess somewhere along the line I’ll have to compromise …like use SS instead, or switch to flavors that dont gunk, but that’d be really booooring coz I love my flavors.

Some gunking guideance would be really great!

Anything with sweeteners. EM also.

In general I find that darker flavorings tend to gunk up the coils… Cocoa (FA), Chocolate (FA) etc…

You can dry-burn Ti-wire if you do it correctly, but as others have mentioned, you can just brush them with a brush too

Thanks daath …so nothing to do with AP then, or the triangle…I think I’ll be gettin me a stiff toothbrush

The other AP gunks coils as well, I believe (Acetyl Pyrazine)…

Red Licorice (FW) is said to be a coil gunker…

You can dry-burn Ti-wire if you do it correctly, but as others have mentioned, you can just brush them with a brush too

I mostly vape stuff that gunk’s coils up very fast as well and I am also only using Ti wire now in TC mode. One juice I like a lot gunk’s the coil so fast I have to clean it every time I fill up a 5ml tankful. I also dry burn Ti wire to clean it but not like you would do other wire. I pulse it very lightly in power mode at very low wattage. The wire it self never get red hot but it does get hot enough to cause the black crusty stuff to glow red (actually pretty cool looking) and then I use a stiff tooth brush after it cools down and the coil is once again spotless. I am going on 1 month now using one coil and it has been cleaned this way at least every other day.

have you ever gone a bit far with the pulse, made it glow by accident, & had to ditch the coil?
I guess practice tells you when enough’s enough.

I have seen it just start to glow slightly but that was more the fact the burning gunk got it hot not the pulsing or a combination of both. I check the wire with a magnifier after every time I do this and if it looks good and no evidence of a white powder look I re-wick and go on vaping. I have only had to do a new coil from physical damage while trying to adjust it to be directly over the air hole but never from the very light pulsing.

Again I am not advocating anyone do what I am doing just because I said I do it this way. The warning on the spool of wire I have from lightning vapes says NEVER DRY FIRE and there are others that have had the experience of zapping a coil to long and making it basically vaporize by doing this.

Well, I guess, if we use gunky juice we just gotta do what we gotta do.
Looks like I gotta get a magnifying glass too

!!Thanks for your input @wvsanta, appreciated!

I’ve blown a Ti coil due to an intermittent short while vaping. Saw a flash of light and woke up on ELR. I think this may be heaven.

I would not make a habit of doing that due to the possibility of sucking hot slag into your airway, but don’t worry. You can make it glow red during a dry burn…but yellow, only once. If you’ve ever aspirated toothpaste you’ve sucked in more titania than blowing a coil…but again, I wouldn’t make a habit of it because that is just common sense.

've blown a Ti coil due to an intermittent short while vaping. Saw a flash of light and woke up on ELR. I think this may be heaven.

This has happened to me as well, while taking a hit. The concussion from the short literally blew into my mouth and blowing my cheeks out kinda like this woman. Luckily I was not inhaling at the time. Imagine had I been taking a lung hit at the time… 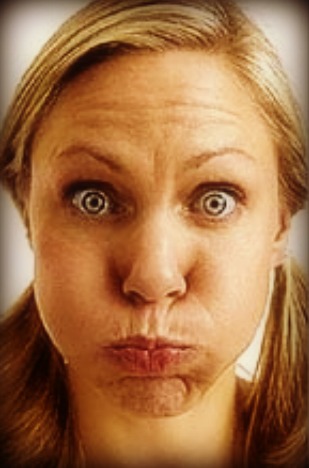 Actually, it was kinda scary. I almost said the hell with this and not rebuild. Of course I did rebuild but can assure you I really take great effort trying to avoid shorts. By the way, my short was because the screws cut my wire on one leg. You really got to watch this…

…avoiding very distasteful post. I won’t do t. I really want to, really badly, but I wont. Glad you aren’t dead @ringling.

Yeah, so gunky coils. I’ve only had an issue at max VG, but I am not big on custards, creams, or chocolates. I’ve got to try @wvsanta recipes because anyone that devoted to a juice must have something good.

@therabidweasel They are other peoples recipes but the cinnamon one the only change I do is Marshmallow FW instead of the EM and of course the pg/vg and nic level to my likings. If I adapt someone else’s recipe I keep my version private unless I drastically change it.

I’ve only had an issue at max VG

Certainly hadnt considered max VG would be a gunker!

Certainly hadnt considered max VG would be a gunker!

such as my favorites

…its ALWAYS the favorites!!