FOR IMMEDIATE RELEASE
May 1, 2017 at 2:00 pm EST
Democrat Leaders Celebrate as Industry-Saving Cole-Bishop Amendment Is Killed in Budget Deal

WASHINGTON, DC – Yesterday, leadership in the U.S. House and Senate struck a deal on an omnibus government funding bill to keep the government operating through October. Much to the disappointment of millions of vapers and 10,000-plus small business owners, the Cole-Bishop Amendment – a critical bipartisan policy provision to save the vapor industry from prohibition by the FDA – was not included in the final bill.

Democrat leaders, who hold a great deal of power in budget negotiations due to the 60-vote threshold in the Senate and the unwillingness of some House Republicans to vote for spending bills, immediately celebrated their ‘victory’ over small businesses and ex-smokers.

“We have eliminated more than 160 Republican poison pill riders,” boasted House Minority Leader Rep. Nancy Pelosi (D-CA). Sen. Patrick Leahy (D-VT), the senior Democrat on the Senate Appropriations Committee, similarly celebrated the deal. Rep. Nita Lowey (D-NY), the ranking Democrat on the House Appropriations Committee, included Cole-Bishop among the list of riders that Democrats were proud to have removed from the final bill.

“It is absolutely shameful that Democrat leaders stood in the way of this job-protecting amendment from becoming law,” said Gregory Conley, President of the American Vaping Association, a nonprofit that advocates for the continued availability of vapor products.

“Democrats are setting themselves up to experience a reality check on vaping in the November 2018 mid-term elections,” said Conley. “The FDA’s deeming ban is set to take effect less than three months before Senate Democrats have some of their toughest election fights in years. Just as vapers helped re-elect Senator Ron Johnson, vapers will vote out Senators who stand by idly as harm reduction products are yanked from shelves.”

Conley cautioned that while Democrat leaders ultimately sunk the Cole-Bishop Amendment, it would be a mistake for vapers to blame the entire party. As of today, six House Democrats have sponsored a standalone version of the Cole-Bishop bill.

Despite the disappointment, Conley has an important message for vapers and harm reduction advocates – the fight is far from over.

“We must redouble our efforts, focusing on not only Congress, but also the executive branch,” said Conley. “If Congress refuses to act, President Trump and Health & Human Services Secretary Tom Price must act to avert this oncoming disaster for public health and small businesses.”

Last week, a letter signed by over 2,000 business owners was sent to Secretary Price requesting that he take immediate action to repeal, halt, or dramatically delay the FDA’s push for vapor prohibition. Additionally, in-store campaigns in vapor retail stores have led to thousands of individual consumer letters being sent to Secretary Price.

If enacted, the Cole-Bishop Amendment would have modernized the predicate date for newly-regulated ‘tobacco’ products under the Family Smoking Prevention & Tobacco Control Act. The failure to pass this measure means that all vapor products that have come to market since February 15, 2007 – every single vapor product being sold today – will have to retroactively undergo a potentially multi-million dollar approval process to remain on the market.

Last year, the Royal College of Physicians released a landmark study estimating vaping to be at least 95% less harmful than smoking. Additionally, earlier this year, the University of Victoria’s Center for Addictions Research of BC published a report strongly disputing the idea that vaping is acting as a gateway to smoking for adolescents.

I emailed the AVA for a list of the Senators who voted against the amendment. I do not want to help re-elect any of those individuals when it is time. Hopefully they will reply. If so, I will post here.

Good afternoon Mr. Conley.
Firstly, I want to thank you for all the hard work you and the AVA has done and continues to do. I am saddened to hear/read the news about the Cole Bishop Amendment. I was wondering if the senators who voted against the amendment are listed anywhere? I want to make sure that when it is time for re-elections that I do not vote for any of these individuals.
Thank you for your time.

Unfortunately, these negotiations were done behind the scenes. I can tell you, however, that both of NY’s Senators have not been helpful. Thank you for the kind words and we’ll keep fighting.

Yeah I would like to know how McCain and Flake voted

the budget bill is a complicated thing and many small things are over looked and both parties could care less about a lot of the smaller things , i would be willing to bet the vaping related thing was one of the least thought about issues and was easily put off for what both parties ultimately wanted its a shame this happens because its a big issue for us , what i wonder is how many in the senate even care what happens to vaping opposed to planned parent hood , border protection etc , besides those who backed this bill id be willing to bet most wouldnt even be able to sit down and have a conversation about it without being briefed , every six months issues like this get shit on

It’s what government wants. It wants you to be sick. It wants you to have cancer. It wants you to pay for ridiculous payments for medication. It wants you to be on welfare. It is a business. The biggest lobbyists are BT and Pharma. It’s where most of the money comes in from. You get addicted to smoking or meds, they can tax the hell out of you. And reap the benefits when you get cancer too. The government is not looking out for people. It is looking to get re-elected and to get money. FUCK THE LITTLE PEOPLE, is governments motto. Why the fuck do they care, when they make money hand over fist.

Just take a look at the prices for Big Pharmaceutical smoking cessation products… anyone fancy some $30 gum, or would you prefer $40 patches? Price of Chantix anyone? How about the medication to treat opiate addiction? $400 a month, depending on the choice of treatment meds. Addictions make money, pure and simple. Man, I am upset right now.

Where I am from, I see this crap everywhere…the NYS Dept of Health promotes quitting with free patches (if you have medicaid), which rarely works…then the politicians vote against a bill that will actually help save lives. Honestly, I am not surprised. I’ve been around long enough to know the BS. A system designed to fail. F@ck em all. 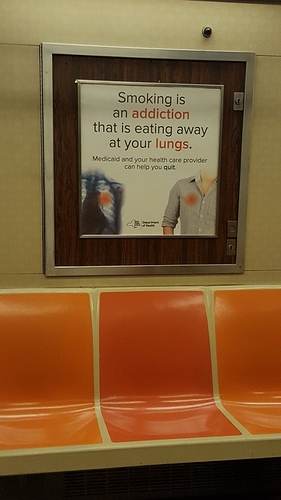 that’s bs. anyone know if that gottlieb guy is voted in yet or if he plans on maybe just scrapping the deeming regulations?

Not 100% sure how to respond atm without being mega biased since quitting smoking. I am an exception to the Gov/BT/Pharma stereotype due to I wanted to quit smoking for personal health reasons. I had seizures on 12/25/12 and they found I had 2 stage 4 brain tumors. Long story short, had brain surgery to remove 1 tumor, chemo for the other for a year. No big deal but they always kept asking me about my smoking and offering stuff to quit. I then asked/inquired about how and then they mentioned that Most of the retail products on the market have caused or are prone to cause seizures. They immediately then told me the only options I have are to quit cold turkey, (not a good idea), or to try vaping. I talked to my wife about it and hence here I am. 3 months now and No Cigarettes. I do not want praise for that but merely just want to make the point that not everyone fits in their category. This is why I am now trying to be an advocate best I can to help this industry that I am now a partaker in. Please let me know how I can help if my story will. I do have all my medical records from the VA to back this all up as well. I do follow politics a bit, have mostly voted GOP due to my military career and how that party seems to support the best for what we needed, not just wanted. I’m NOT turning this into a political debate, just wanting to do my part to preserve our limited freedom on this subject. Now I’m really depressed,again~

Should I go there too then and see what if anything I may be able to submit or ???

Ok, I’ll definitely do that then as I have signed a few petitions and whatnot. Also, your welcome for thanking me. I’d do it all over again!! Miss it terribly, military that is, Not smoking,lol. I do however feel blessed that there is this community of folks with the same common interest to help in the fight against the Bigs as I’m just the Little Guy but together, I do truly believe We can make a difference. I just need to know, figure out, what to buy ahead of time for the Just In Case situation, as I’m sure the Greed is going to be overwhelming in the near future. I do use Nicotine. Down from 12mg to 3 mg since starting and will try and goto 1.5mg soon so as not as dependent on it. I’m mainly enjoying vaping with all the awesome flavors that smoking cigarettes Never offered.

“It is absolutely shameful that Democrat leaders stood in the way of this job-protecting amendment from becoming law,” said Gregory Conley, President of the American Vaping Association

I don’t intend to drag partisanship into it, but let’s face the truth.

What’s that? You think there should be more to that sentence? Read between the lines.

Honestly, this is a matter of common sense to me. Whatever parties, dem, rep or both tanked this amendment. They are criminals in my eyes either way. Greed and corruption is rampant in all sides. 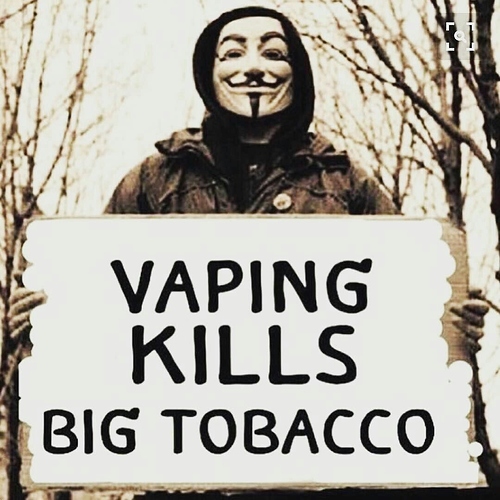