I have an SBS that has a DNA60 and I can’t quite figure out why after I take a puff at 28w it all of a sudden drops down to 0 and then eventually the the manufacturer number. This thing has never leaked and has never been dropped, so I really don’t suspect that there’s juice on the board (an I think most DNAs are protected against that, but could be thinking dicodes).

Any ideas to look for before I tear it apart?

Battery(s) are fine, RBA is fine, burns fine, but when built the watt’s drop down to zero.

That’s weird. Does it do it no matter what atomizer you use?

but when built the watt’s drop down to zero.

1St thing I would check is if it’s in tempature mode. Sounds like it’s reaching a set temperature and shutting down.

Only have a Hellfire Exocet V2 on it. All I have left from my Billet Box stuff

1St thing I would check is if it’s in tempature mode. Sounds like it’s reaching a set temperature and shutting down.

Maybe I’ll check for a short again… But generally DNAs will just say check atomizer if such is the case.

that’s true, but I recently had my Centaurus in wattage mode and it kept displaying Temp Protection on it after the first press of the fire button. I couldn’t figure out why. I put the atomizer on another mod and it worked fine, then back on the DNA and same result. It was only that RTA all others worked fine. I have no idea why it would act like that. I’ll have to check it out when I’m not feeling lazy.

Does it have a USB connection so you can use escribe? Coupled with the fact the wattage keeps dropping, … sounds like the down button is intermittently making a connection.

They’re recessed and on the bottom… Possibly I guess 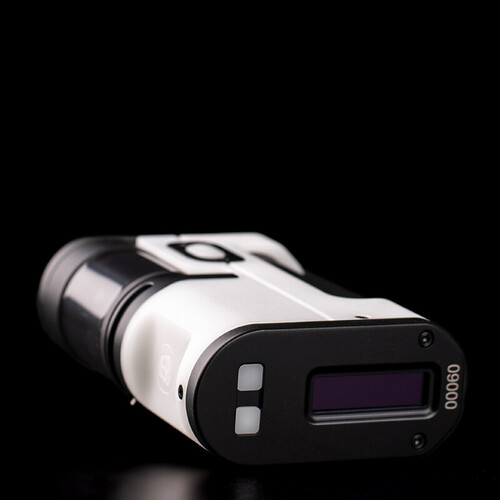 For the second time

Does it have a USB connection so you can use escribe?

I mainly use DNA’s and sometimes you have to go into settings to check to make sure the settings are properly set. I’d plug it in and go to escribe. EScribe will get it sorted.

Have you ever used it with a boro bridge? If you have, there’s a good chance that there’s juice on the board. It’s pretty easy to take off the bottom plate and find out.

ah, exocet v2… figure when I get home I’ll take off the bottom and give it a gander. Been using dnax since a member here gifted me one in 2106, some died others had problems but not this

Ok, been dealing with shit here and found the box I packed this away in, I took it apart and haven’t found juice, it’s actually built in a way that prevents juice leaking on it kinda… It’s got a harness that holds the screen and buttons on the bottom, but also the chip is standing vertical in it’s own isolated chamber…

Anyways, I don’t know what I did but after pulling it apart and checking solder points and the chip it’s working now. Great stuff.

Also, I don’t know what juice I had left in the tank but it steeped nice anyways… Probably 6mg Rasberry something… Tasty shit.

Nevermind, it did it again.

Shipped off an email to get some ideas as to how to fix it, also, for a mod that cost hundreds of dollars, the stained glass was just a tinted piece of plastic film, so any scratch will just rub away. Nice quality there.

Their RDAs are probably fine, mechs, sure… Wouldn’t spend money on any of their mods though, pretty disappointing.

Wuddup Jay, what have you to say?

It’s strange that it would work after you tore it apart. I’d suspect a loose connection somewhere or a frayed wire strand grounding out. Maybe worth another teardown and closer inspection?

Yeah, contacted support for both Evolv and Vaperzcloud and waiting for a response. Couldn’t quite get an answer from searching the forums, similar issues but not those specific circumstances. I figure you’re right, I’ll give it another tear down…

Could’ve been knocked around, I also didn’t check the switch

now that I think about it, the wattage drops and when it bottoms out, I will increase it… When the fire button is pressed it drops it down by .1 increments. Until the battery is pulled out and I’m good for another couple of puffs