Doc wants me to quit vaping

So, during my last two doctor visits this week, first my primary physician and then at an urgent care clinic for different reasons, my oxygen levels were 93/94. When they were measured by my PCP, she wasn’t too concerned because she figured it was because i was wearing a covid mask when they took the reading. However, at the urgent care, I was not wearing one. My PCP got wind of this (no pun intended! lol), she immediately told me to stop vaping and told me that she has seen countless young people with damaged lungs due to vaping. I tried to reason with her that perhaps they are vaping something else but she was adamant that they’re not. So, now I’m wondering if anyone out there has experienced breathing issues from vaping normal juices. From my own research and readings in the past, I’m convinced that vaping is not harmful to one’s lungs but, of course, now my doc has me paranoid. I really do not want to quit vaping. If it’s important to know, I only vape my diy juices, although I do use high percentages in the mid to high twenties percentage range. anyway, they are going to take x-rays and a cat scan. my doc says they can tell the difference between covid and vapers’ lungs, in response to my argument that it might have been covid because i did have a breakthrough infection with the delta variant. ugh, i’m so annoyed now.

It must suck to hear that from your PCP. I’d be annoyed too. Question tho…How long have you been vaping and did you start vaping to quit a cigarette habit? If so, how long did you smoke?

@TorturedZen i started vaping three years ago and quit smoking at the same time. i was a half pack a day smoker for about thirty years. however, my oxygen levels were fine all these years. i see my doc at least twice a year. it’s only this week that a change has been observed.

Try this [not to be dishonest] Test the testers.
Ask your PCP how long after you stop vaping should she she any results?
Wait that period, then have her check you.
Vape in the meantime.
Not medical advice, just my opinion…because I don’t trust ‘them’.

I quit smoking and started vaping Oct 7th 2016, just before that I had a blood oxygen level of 94, borderline copd. I was smoking for about 27 years, I was up to 2 to 3 packs a day, I couldn’t walk more than about 50 yards without getting winded. I had to visit the doctor last year, for joint pain, at that time I had to double mask in the office due to covid, my blood oxygen level was 99 and the doctor was completely blown away. Since I started vaping I have had no issues with breathing, I actually hiked about 3 miles with fishing hear 2 weeks ago with no breaks. If you know someone with copd they probably have a blood oxygen meter, and maybe you see where your at on another unbiased machine. Not sure what part of the world you are from, but if you live anywhere near any of the major forest fires that can affect the blood oxygen levels of anyone.

@ozo i don’t trust them either. so much so that when they ask if i smoke i say no but never follow with “i vape”. gtfo. i’m not telling them sh*t. they’re part of the anti-vaping hysteria as far as i’m concerned. in fact, i argued with my doc and she told me that she’s seen so many cases of destroyed lungs due to vaping and i told her it was something else that they won’t admit to just like no one admitted to vaping illicit TCH cartiridges during that EVALI breakout. then she told me she could send me all sorts of research papers and i told her that i’ve read them myself and i could tear them apart with their morally driven content and poorly designed study methods. she ended up sending me three reviews rather than actual research papers. reviews! ha!! that’s not science, that’s cherry picking data to bolster an opinion. give me a break. nevertheless, i’m still annoyed and paranoid. i’m getting x-rays done this afternoon and a CAT scan later in the week. i swear to god my lungs better look normal because i’m dying to say, I TOLD YOU SO!!

@Jmars i’m in nyc. and, yeah, i totally believe your story. that’s the story of so many people. heck, it’s kinda my story too, what with how much healthier and energetic i feel vaping as opposed to how i felt when i smoked. i know my body and no one can tell me that vaping is destroying it. but, you’re right, i’m going to get an oxygen meter and do my own test today.

Well hello neighbor, I live in eastern Pa. So although we are not near any of the wildfires if you’ve noticed a much thicker haze over the last couple of weeks it’s from the wildfires out west and Canada, and it has affected many people. I know my aunt and uncle, who are very healthy people, run in the morning and spend more time in the gym than at home, had issues with breathing last week and their doc told them it was most likely because of the smoke. I am not saying not to investigate the issue, your blood oxygen levels are nothing to screw around with, but just keep in mind that it could be the smoke causing the issue.

You’re doctor is absolutely full of shit and herself. The fact that she insisted that the other patient(s) were not vaping anything else proves it. She has no fucking clue as to what they are doing. If she were intellectually honest she would have replied along the lines of “It’s possible, I can’t be sure but I believe…”

Get ahold of the report from the Royal College of Physicians in London. Print out the first two pages and the results/findings section and hand it to her. If she says she doesn’t have time to read it then tell her she shouldn’t give advice then. Find a new doctor.

It’s one of the few things I like about currently being stuck in the UK; The NHS.

Their current advice is to get a mod for helping heavy smokers to quit. Yep, they include hardware advice.

Find out about electronic cigarettes (e-cigarettes), including how they work and how vaping may help you quit smoking.

There you go, just print out the NHS article and give it to her.

They could add NICE’s NG92 to the mix. NICE (The National Institute for Health and Care Excellence) have a huge impact on how the NHS acts.

Living in CA about 60 miles away from the Dixie Fire and it’s been hell on my lungs the last month. My wife never smoked, doesn’t vape and her asthma is kicking up something fierce with all of the crap that’s in the air right now. Between the Dixie and the McFarland Fires, it’s been raining ash on my house for a week straight. Gonna be a long damn fire season(AGAIN)

@willie6 , I’d suggest maybe start looking for a new PCP. I have been on the lookout for a new one as well, seeing as mine abruptly decided that “Vaping is worse than smoking!”(Actual words spoken by her to me) I’ve tried bringing her some references, but when she parroted the Glantz study I knew I’d never get anywhere with her.

@natbone oh, trust me, i’m VERY disappointed in her and that’s putting it mildly. unfortunately, i do like her very much, otherwise. i’ve been seeing her for years and have left other doctors to return to her. but, this one thing, yeah, it really did a number on how i regard her. and i know what i am going to tell her the next time that i see her, i will tell her that the next time she throws her hands up in the air because she can’t understand why people refuse to get vaccinated against Covid that she better look at herself and her stance on vaping.

@paingawd those were her exact words, too! lol. every doctor i have ever seen has said the same thing. that’s why i no longer tell doctors that i vape when they ask if i smoke.

well, guess what, everybody. i got back my chest x-ray results. fine. perfect. nothing wrong. HA!!! ooh, i can’t wait to see my doc with my shit eating grin. i’m going to have a field day with her. she won’t know what hit her.

and told me that she has seen countless young people with damaged lungs due to vaping.

@willie6 I am not a doctor, nor a PCP, but I think you were right. We all know (NOW), that the culprit was the black market THC Vapes with Vitamin E Acetate added as a thickener, to MAXIMIZE profits on the watered down product.

I’ve been vaping for almost six years and have been free of cigarettes during that time. A few years ago I went to see my doctor and he asked if I ever smoked and I told him I did for 33 years but had quit. H wanted me to do a CaT scan, xrays…all that, to make sure there wasn’t anyting that shouldn’t be in there. The first set of tests can back “clean”. All the other tests since then have come back clean as well. During my last checkup with him, he mentioned that my chart said I was a vaper. I never disclosed it to him, but my have done so on one of the many specialist referrals or something. He of course told me to stop immediately and wanted to know how long I was vaping for. When I told him, he went back to look at the previous results and looked at me and said “we just don’t know what vaping does yet to the body”. I said “fair enough, but if I stop vaping there may be a good chance that I’ll go back to smoking and I won’t take your pills or patches”. He just said"OK, keep doing what you’re doing and we’ll keep monitoring it".
So quick to demonize!

Have her look into “Honey Cut”. 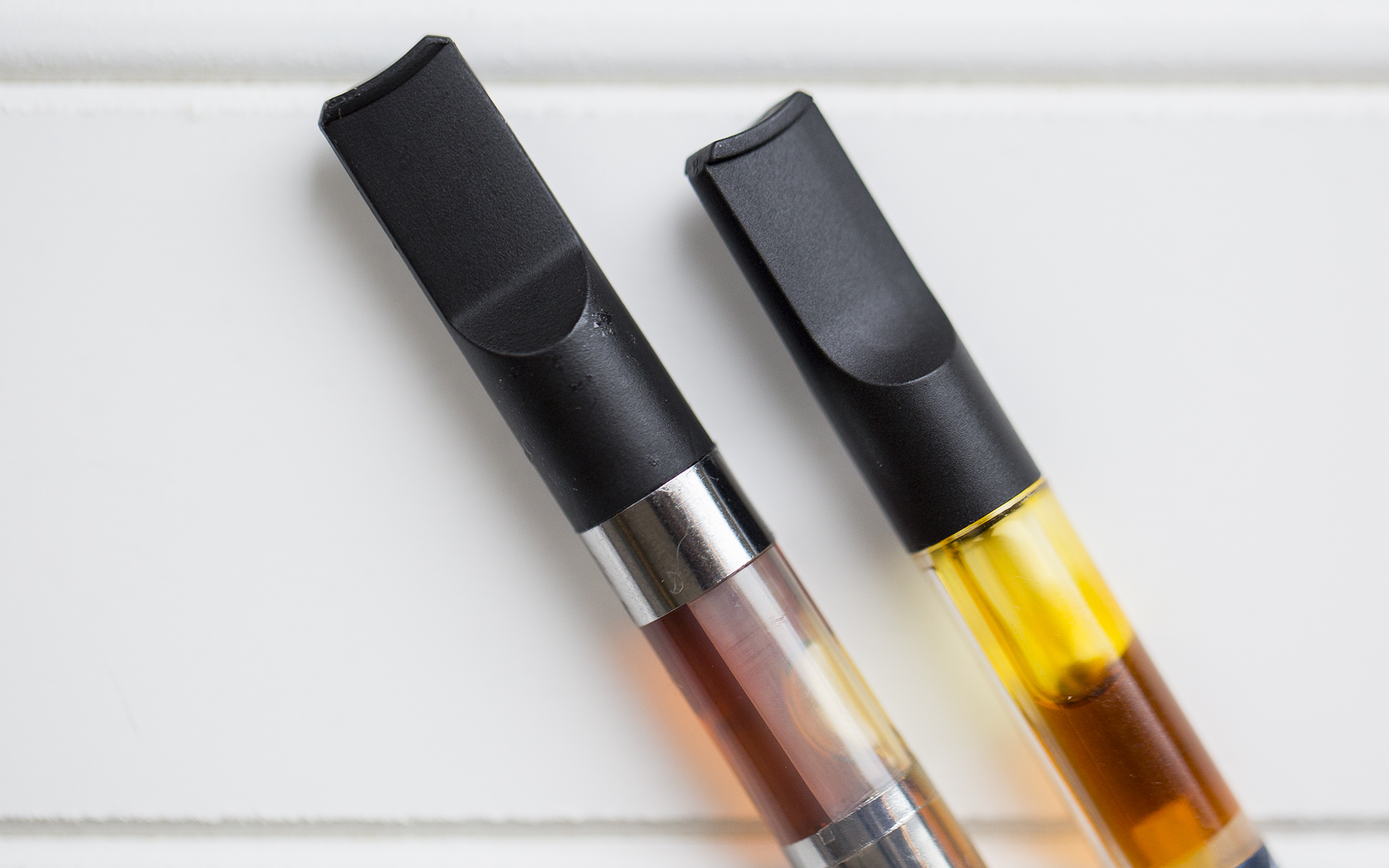 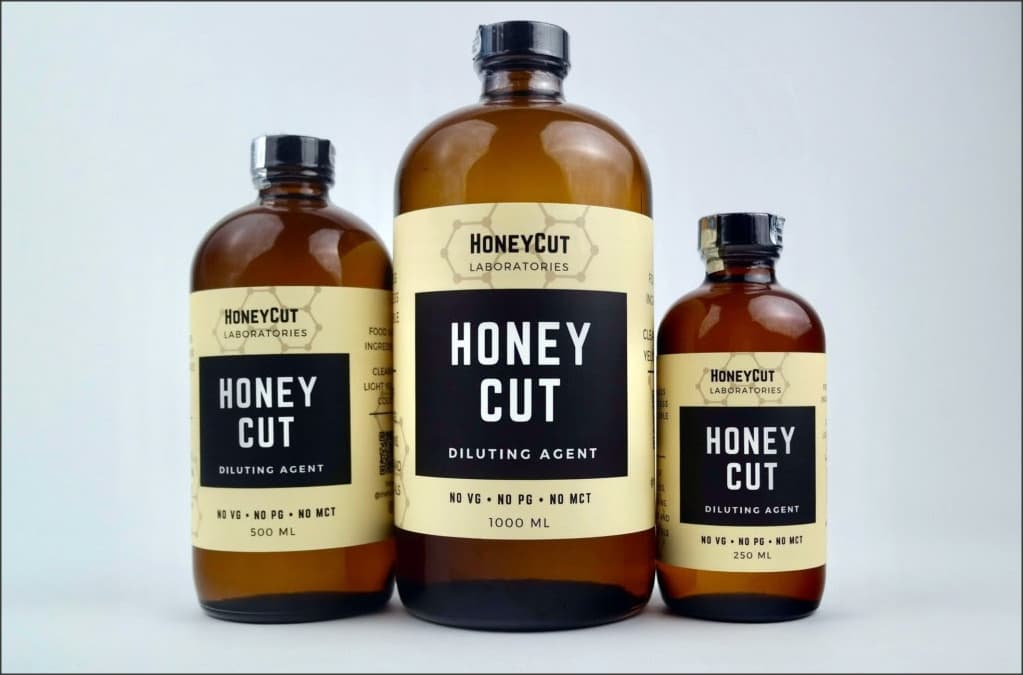