Don't know how all you do it?

This is such a helpful tip !!! I refers to it often. I am plugging away at ideas atm and looking at bakery recipes online then I can click over here double check my flavor profiles and bam recipe saved

So, they just sit there. Wish I could meet someone local that needs ejuice! haha I’d load them up.

Give it to Mikey, he’ll vape anything…lol.

I can’t believe there is such a big difference between the flavor of the cocopilada and the pina colada with INW. The pina is one that I’m not quite happy with using. It just tastes off to me. I’ll have to revisit the pina and see if I can salvage anything from that flavor. The cocopilada is dynamite and I have used it a bunch; just bought another bottle my last shopping trip!

You hit the nail on the head, i am going to try tonight to merge the two in a few recipes to see if i can get a better pina colada, the cocopilada is awesome. I have pina colada v2 cap’s mmhh I just don’t know about it, it Always needs so much help from other flavors.

I was just looking at a cocktail recipe and thought about you, it called for gin …and an orange aperitif don’t you have gin ? 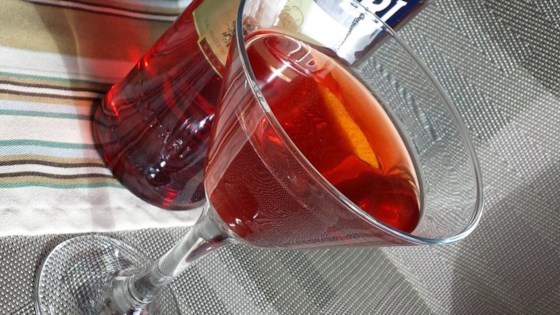 The classic Negroni cocktail with simple syrup is a softer version of the otherwise slightly bitter cocktail.

@shaner too he does the gin gin e juices also !

I’m liking the Angelica from EXC. It is supposed to be the secret ingredient to the Drambuie mix…here’s hoping! It’s still steeping.

The Angelpiss has never made it out of the lab. I can’t find a good Irish cream flavor. FA Irish cream is just not cutting it for me; its kind of a “dreary” and “dank” flavor. I want an Irish cream that’s says Irish cream, damnit!

Until then, the Angelpiss will not exist!

Thanks jimk you just pissed in my cereal…lol I made a B52 ( called it Love shack ) and used it at 2% hmm
You know I’m teasing.

I really do wanna find a good Irish cream, so if anybody has one…lemme know!

Yes! I have gin and orange from FA! Ok…another recipe added to the lengthy list of what’s to come!

If you don’t have the INW pineapple, give it a try one day…it’s a keeper as well👍

I just bought funky pineapple from molinberry ( mixed reviews from me ehh it’s ok have Not nailed it yet % wise ) and just got FA pineapple last time it seems decent and sweet. Thank you! On the list it goes. ( i am probably over 500 flavor now shame on me

i am probably over 500 flavor now shame on me

I find that just plain amazing !!! Here I blend for a shop yet you probably have approximately 400 more flavors than I do. What I would like to know is how the heck you can decide what flavor to use (unless called for in a recipe)?

I really do wanna find a good Irish cream, so if anybody has one…lemme know!

Too funny. Love it!
My son is a musician. Gotta try this on him.

Give it to Mikey, he’ll vape anything…

@daath, it’s the FA Irish cream I can’t abide. Tastes is subjective, I know. I’ve made recipes with little %'s and big %'s using it, but it still tastes dank, flat and dreary to me. I’ve had store purchase Irish cream before and it was wonderful…I want that!

I’m looking for a nice pineapple. So far the best I’ve found is Capella’s Golden Pineapple. Got any recommendations?

Have you thought about using the ingredients in Irish Cream to make your own Irish cream flavor? I mean, you can make real Irish Cream. It has heavy cream, sweetened condensed milk, whiskey, coffee, chocolate syrup, vanilla, and almond extract in it. That alone sounds like a killer vape.

Just off the top of my head:

Capella, Lorann, and The Flavor Apprentice have Irish Cream flavors also. Have you tried those yet?