Well most of you, probably know that Dulce de Leche means “sweet cream/milk).
With that being said I’d like to hear some of your thoughts on the difference between them (if any in you opinion). I think to make this more easier we’ll compare both by TFA so brand differences don’t play a factor…
I’ve subbed one for the other and think they make for a good “stand in” but I’d like to reserve my opinions for later… this way I can get a more clear and concise answer from all my ELR DIYers…

on the difference between them (

Not sure what you are asking, @Blues .
Is there more than one TFA DdL to do what you ask, or am I missunderstanding?

There is a TFA DdL and a TFA DdL Caramel . Are those the two you want comparisons of?

I think @Blues meant the difference between the 2 tpas, ddl and sweet cream, think the short answer would be caramel…

@Blues To me Dulce de Leche (TPA) has a light caramel and a slight “cooked” milk flavor like condensed milk but way less pronounced, and of course some low sweetness …so maybe like you reduced some “sweet cream” in a saucepan over low heat. There are some food acids in Dulce de Leche (TPA) which contribute beyond just that singular flavor when used in a mix. Just search Dulce de Leche up top in the ELR search …a topic a few weeks back.

Dulce de Leche is made in a similar way to Caramel. It’s made by caramelizing sweetened condensed milk. It Is just a bit creamer and milkier. It’s nothing like sweet cream.

Thanks Louie. Yeah there’s no buttery creaminess, it’s milky. Actually I’m vaping some right now. I mixed a Dulce de Leche Yogurt …still too young to decide if they’re playing nice. I thought the citric and malic acids (and the dairy) might contribute to the Yog-ness …another thread

Well thanks for the input… sometimes I like to just through a topic up for debate and see what others think…
Next time you’re at Walmart or your grocery store take the sweetened condensed milk (eagle brand) and then go to the Spanish food aisle and pick up a can of dulce de leche (same brand) You’ll see that Nestle makes both types and they are both the same product (take in mind that dulce de leche, the word itself has taken on a variety of different meaning and impart lent itself to the labels of many different things within the last few years especially). My point is if you reduce a milk it’s natural lactose and whatever sugars have been added will “Caramelize” during reduction (a Carmel is nothing more then a reduced sugar and butter (and butter being the heaviest of cream from whole milk), so they do share some commonalities.

Anyways as far as ejuice “flavoring” goes I do see a pronounced caramel tone to the delce de leche but I wouldn’t go as far as to say that sweet cream is “nothing” like it at least IMHO. I found it interesting to sub one for the other in certain recipes and it has led to a lot of growth in how I gained a perspective on flavoring (at least for me, anyways).

Most of all… I have enjoyed all the time I’ve had to come up with different flavors of ejuice and I couldn’t be more thankful for being a part of such an amazing revelation such as Vaping and it’s communities… it’s saved my life and in a few weeks I’ll be able to celebrate my 10th vapaversary… Although I could’ve never done it alone and there are so many wonderful people, places, and groups (@daath and ELR) I can’t express my thanks for this wonderful comunnity here that has evolved 10,000 fold in just the last 4-5 years (it’s inspiring!) and through that time has continued to stay a friendly and kind place (unfortunately some of the very first Vaping forums… I can’t say the same for).
Honestly I can say that there are so many things about Vaping and DIY that keep me excited and that’s the difference maker, the time from my last cigarette to now has flown bye and in its place a blossoming wealth of knowledge, with so many interesting products, people, ideas, activities and so on… 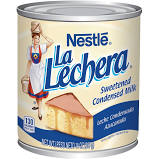 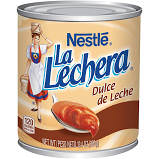 Similar cans but not the same product at all.

I don’t really want to derail the thread, but for some reason I thought dulche de leche was more of a pure milky flavor (less caramel, yes, my italian sux

).
Are there any good flavors if I want to get a true unsweetened warm milk flavor?

Milky Undertone (OOO) PG or VG is a basic milk flavoring that I tend to start with then build on with other creams and take it to either the sweet or more sour side.