I recieved my Eleaf istick 100w tc yesterday. In black.
A dual 18650 mod, that also works, up to 75w, with a single 18650 battery.
This istick has a side fire button a bit like the x cube 2, but only the top left hand portion actually moves. Very clicky, no rattle at all. Seems well built. Good magnets, strong hold.
Black matt finish, not slippery but not grippy either.
Ni, ti, ss, m1,m2,m3, wattage and bypass modes. Got the Griffin on there with some fused 304ss claptons and set to 0120 in m2 and there fireing no problem and tc is cutting in. Sweet. Fires down to 0.1 in power mode and 0.05 in tc mode.
This is the first eleaf istick i have owned and I’m quite pleased with it. Quite easily become a carry round workhorse. Handy because you can lock the fire button and also lock in your setting’s. 2 locks on this one.
Somehow i think this one will be popular. Enjoy 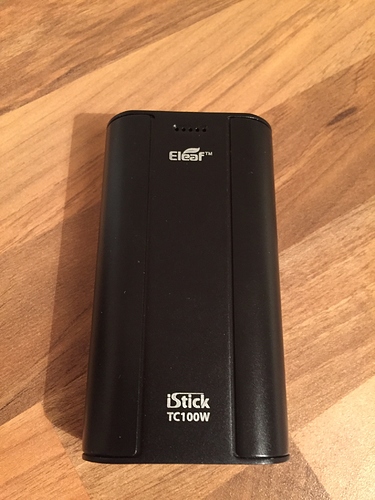 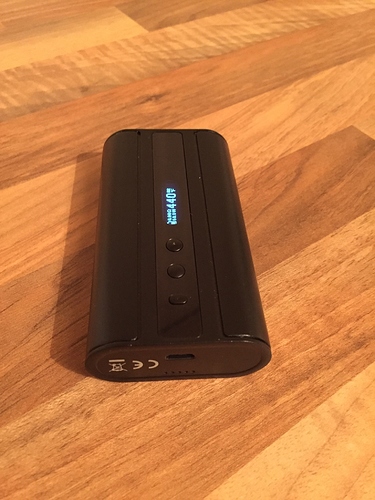 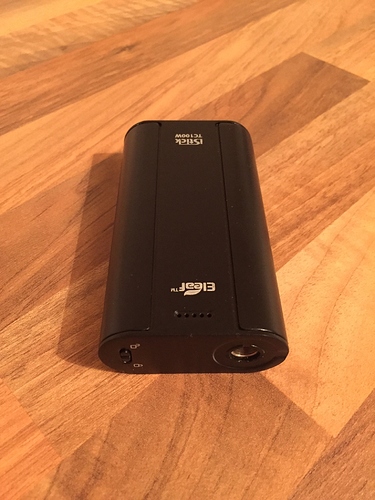 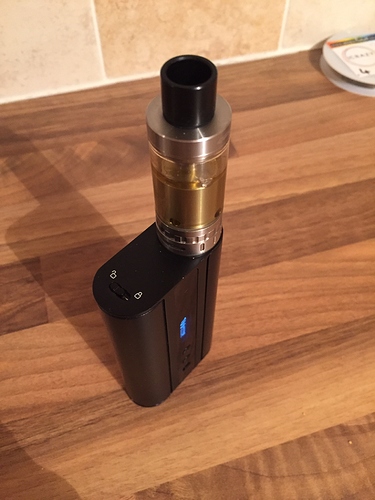 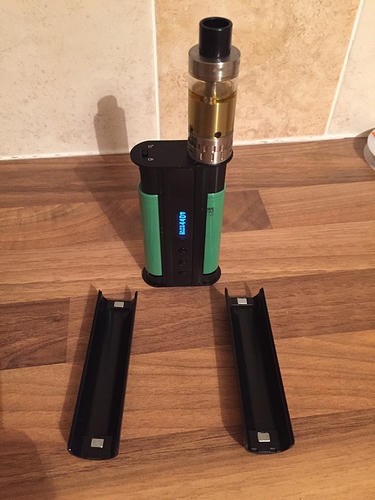 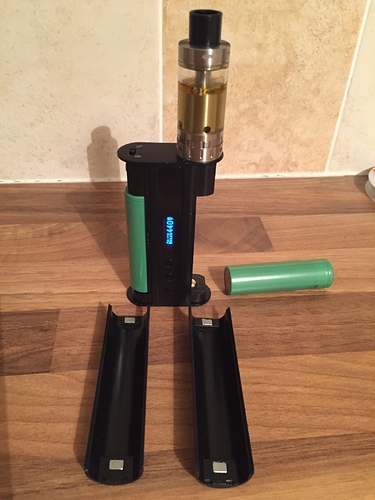 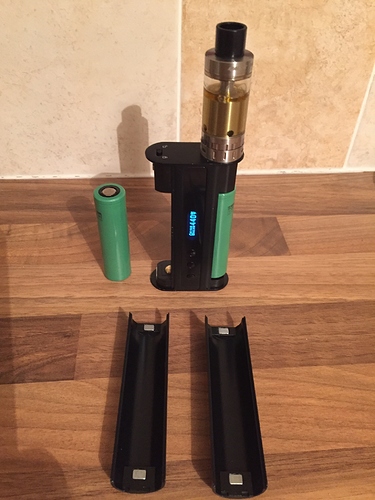 Glad to hear that it has ss tc. Will have to check it out.

And has the m1,m2,m3 so you can dial in whatever wire your using. It’s working a treat.

I have always been reticent to try Eleaf again since one blew up when I was actually puffing on it. Luckily for me the battery blew out of the charging port and the actual unit stayed in one piece and I was able to fling it away before it did any damage. It was a model with an integral battery which I would never use again. I would possibly try this one as you can keep a very specific eye on the batteries.

Thanks for the reply Pattie. Dont know if you are aware that the covers can fit on either side of the unit,

I have a Istick 30w, 50w, and a 100w and the only one thats worth a shit is the 30w. The 50w still works but the fire button doesn’t click any more and that is the replacement for the first junker. The 100w rattles like a timber rattler, got it from Efun.top and they would not take it back. No more money for them!

Pattie you have the cuboid and the istick 100w tc. Knowing what you know now. Which one would you get if you didn’t have either.

Sorry to hear that bud. Bummer. Well this is my first istick, so they must of listened to everyone’s complaints because this thing is solid. No rattle, no movement in the covers nothing. And the way you hold it to fire it, if anything happened it would blow out to each side.

This one , no rattles , feels good and for the money, for a dual or single batt mod, it’s a no brainer. If you’ve had all the rest why not try this one.

Edit. Yes i knew about the covers, but cheers anyway bro.

Edit 2. @Chuck6 thats a hard one actually. I think i would have to lean toward the cuboid. Even though its twice the weight of the istick (or feels like it), it feels better built.
You could stick a 30mm tank on the cuboid and it would look ok. But there’s something to be said for a well made light weight workhorse. It’s just easier all round.

I will some time down the road, but it’s going to be awhile. I watched some youtube vids on it and it looks like a well built mod.

Get them here cheap. http://www.gearbest.com/100w-tc-istick-_gear/

I’ve ordered from them before with no problem, just dont think I want to wait on shipping from china.

Ty for my take to work mod weight is an issue. I see gear best has a very good price.

Thanks Pattie! I’ve had almost every model of isticks and have been very lucky to have never had a dud. I can’t think of a mod that has felt more comfortable in the hand. I’m really leaning towards this one over the Cuboid only because of the rounded edges (I sometimes get the arthritis acting up and the rounded edges work great for me). Let us know how well it does with TI wire if you get a chance.

Powerful yet more intelligent, the new black iStick TC100W is skillfully engineered with the latest temperature control system. The black TC100W feature its magnetic covers for ease of replacing your 18650 cells.

Ordered from them before. Fast and very good customer service.

Orders over $30.00 gets you a free vape band. Just add it to your order and they will deduct the price. Very high quality vape band to.

Didn’t know that. Thanks mate. [quote=“Cloyce, post:13, topic:51848”]
: Theres a firmware upgrade to 120w
[/quote]
@Lostmarbles been using ti on it already, 75% of tanks have ti builds in them and it hasn’t missed a beat. This mod works fine on all modes.
Thats a good price cloyce, you having one? You have to just for the free vape band.

Guys I have been using the istick TC40W and I must says its great , was a little afraid of buying this unit as they didnt have a good rep - however its been going now since last year - good bang for your buck - liking the look of TC100w … I must admit tried TC vaping once and couldnt get to grips with it - note to self to try again

It’s very rare for me not to use tc. Especially with ti wire. Best flavour I’ve had is with tc and ti.

Yes, there are some juice guzzling tanks out there, but thats part of why we diy. If i had to buy “premium” juice I wouldn’t be able to afford to vape the way i do.