I’ve been following the release of the LEMO 3. I finally got a good look at it, but all these parts is kinda throwing me off… (3 sets of screws). I’m wondering how far does it need to broken down to access the coils. 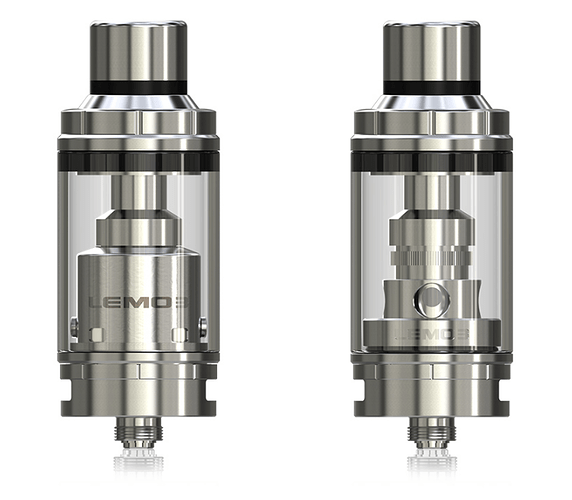 I believe yeah you gotta take out the screws to access the build deck.

It looks like you have to empty the tank to do a coil/wick change.

??..looks a little more complicated than I like. I have the Lemo 2 and I’m happy with it since I’ve worked out what it likes.

Just got mine yesterday. You can unscrew by twisting the tank, it’s connected by the chimney. 2 screws on the Rta cap to access the coil. The bottom screws are so you can change the deck base to allow for the atomizer base (for the new notchcoil which I haven’t tried)
I love it!

From this review, the tank has to be emptied and a couple extra steps to access the coils. 3 sets of screws in 3 different sizes.

Aesthetically pleasing but I will wait until you or @Whiterose0818 give me a thumbs up.

If you ask me it is to much unnecessary work just to rewick it since you need to empty the tank and then use a screwdriver to unscrew the chamber in order to be able to get to the coils and wick. If you lose them screws the tank is useless until you got new screws.
This for me is a tank that eLeaf haven’t thought through properly.

I look at each screw as a potential point of failure. Probably be an ok tank but I doubt the man on this dude’s t-shirt designed it.

That is my first impression as well.Don’t get me wrong if someone I trust says it is a flavor chasers dream , I am in.I will put up with some slight aggravation if it works good.I still use the V1 Aromamizer even though the bottom fill is a PIA because I like the vape it gives.I also remember the hesitation I had on all those parts in the Boreas tank but that has been a non issue and man what flavor it has.

I hear you there. Honestly I don’t know what to think about anything new after finding my flavor nirvana. Oh I have and use the Boreas and Aromamizers as well, but that SMOK TF-RTA G4 is just so damn good. There’s a bit of a learning curve for building and wicking, but once you have that down they are amazing flavor tanks. I have 3 of them going each with 26ga 316L at 2.5mm ID, 8 wraps contact coils and they are so fantastic. But this is the Lemo 3 thread so I’ll stop there. Just wanted to point out that this is the tank I’m judging all others by lately. Even my beloved Boreas has seen less action lately. But, as we know, someone here will be experimenting soon enough so I’m sure we’ll be getting the 411 before long.

Thanks for the build info @SthrnMixer and hopefully our friend @Pro_Vapes won’t mind a tad more of a hi-jack.I will try that as I still have the stock builds in mine.To be honest I have been avoiding the rebuild as that deck is busy.I must admit it is already a solid with only the stock coils.
iirc you did update your DNA to the latest firmware correct?I know it has made a huge difference running T/C in a couple of 316L builds I tried on the G2 decks.

My thoughts are… I will stick with Cleito. That picture looks like a schematic of a transmission in a newer truck.

The goblin v3 looks more like my style. It looks pretty easy and I can build on a single coil deck or a dual coil deck. I think that’s going to be my next purchase.

I must admit, the screws are of cheap quality. And 3 sets is stupid. But I still love it. easy to build on, and gigantic airflow. Feels durable (not the screws).
I’m gonna grab some spare screws online.