Here is the “FDA Press Release” associated with this.
https://www.fda.gov/NewsEvents/Newsroom/PressAnnouncements/ucm605507.htm

the vaping industry should have taken care of this on their own , anytime this has been talked about ive always said the names of commercial juice and the marketing is gonna be a problem and others should have seen it and took care of it , now fda steps in to clean our own back yard… know one should be upset or surprised

I would be happy enough with simpler labels anyway. I am actively put off by the marketing in vaping shops.

Some of the Chinese stuff is surprisingly transparent about what is in.

I admit I only read 1 of the FDA letters (pink sticks) and I can only say I agree with it.
If people are creative enough to come up with all these recipes, I’m sure they can come up with something more suitable for vapers, less copying from existing food products and less appealing to children.
Vapers have been saying for years this has to stop and nobody’s listening, that’s just asking for the FDA to intervene.

My thoughts are all over the map with this one. Regarding the action itself, I can’t condemn the FDA. I have no damn idea if this will advance mankind’s existence by any measurable indices, but these products are smoking cessation products. Having it on a shelf looking like a WallyPop is just plain asinine but then so is having the government involved in anything to date.

Stay tuned for the next episode of the Dueling DipShits!

Somehow I have a really hard time to believe they can pull it off…
Never say never, I know, but it’s just such a pointless act of self-harm. Kinda like Brexit though, never thought they’d pull it off either sigh

i believe so , when i read in the complaint that the smell is similar to apple juice and you can smell the flavoring through the unopened packaging and things like makes me ASSUME there is a bigger picture, i hope not and i hope the commercial companies think about this , and change these things to at least make it look like they care and understand .

My sentiment as well.

Back when i was active on reddit, around 3 or 4 years ago, we had it out with several vape companies over this. A couple of them agree’d and complied with our demands to remove this kind of packing and labeling, a couple others to us to eat our shorts. They couldnt care less about our concerns. Attitudes like theirs is what helped bring us to this point tho the government was always going to regulate the industry, that is what government does, steals money from, i mean, regulate.

weve had the discussions here as well , as a matter of fact the apple juice box was used as an example and now they are being warned , if only the rest of the industry thought like DIY

i am guilty of using names like yabba dabba doo for a fruit cereal mix , its easy to copy those names or use saying that describe our juices but i will change those names asap

This honestly comes as no surprise.

A good while ago many tobacco companies started re-naming there light and mild versions. They were able to read the writing on the wall.

Sadly the vaping industry just kept on like they were never going to be called out on this.

Like so many other people have pointed out WE (the vaping industry) should have done this on our own but sadly juice companies were after the almighty dollar and willing to market there juice in this manner to grab as much money as they could while the getting was good.

I would not be surprised to see many of them just fold up shop and run with what money they have already made.

I see a very stormy future for commercial e-juice companies in the very near future.

From what I read of the warning letters it is not just the name’s they are going after it is also the description of the flavor and the packaging.

is also the description of the flavor

this i have a problem with , if the description is strawberries covered in whipped cream and the smell and taste indicate that description how is it misleading ? i get elimanating the packaging or images that look cartoonish

I have no problem with the letters above. We knew it was coming (like everyone else has said).

I have no problem with the companies moving to boring adult’ish labels and the companies relying on the flavor instead. You shouldn’t have to dress a pig up to make bacon taste good…you do though have to dress up a vegetable to make it taste like bacon. Lol. Oink oink.

I just looked at my recipes, so I am compliant to the “Kiddie Label”, but some are on the edge PG14 or past the PG14…

I reallly think this is going to snowball, you go into a vape shop, or online and its Kiddie Label in your face, everywhere, Goofy Juice, etc. etc. etc. 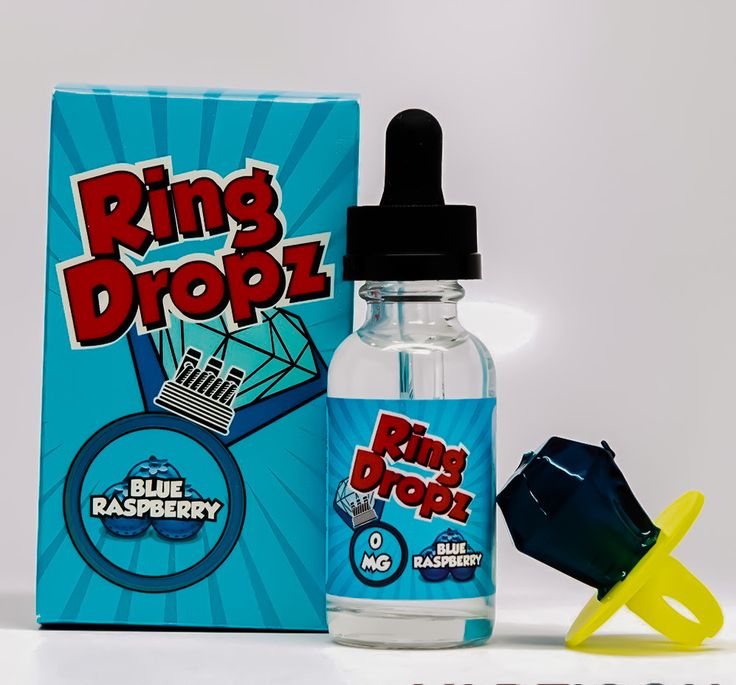 how is it misleading ?

Under the act they are doing this with, it has nothing at all to do with misleading

It has to do with being appealing to children

And that’s (IMO) the single easiest way to STOP the over-reaching. The industry needs to attack the premise itself, by going after the distinction!

EG: Nicotine produced by ChemNovatic is almost guaranteed to be 100% synthetic (just like Dow chemical making PG). Therefore cannot be considered a tobacco product or derivative!

I have no aversion whatsoever to using synthetic nicotine, as long as it’s held to the same scientific standards and testing as every other chemical… Throat-hit can be controlled, flavorless, etc. And best of all, NONE OF IT supports big tobacco. Which would open up the larger percentage for export and any other uses…