Finally, is it the one?

So I went over to a hookah shop, saw them selling a ehose which is very rare. Walked in and started looking around and then found some essence and eliquid, horraaaaaay. The eliquid company is called highstar which I have never heard of , its not bad. But then the essence is what shocked me. I will have to buy some bottles which I still havent found. I dont think these have oil as its not that thick. Tell me what you think, any advice? 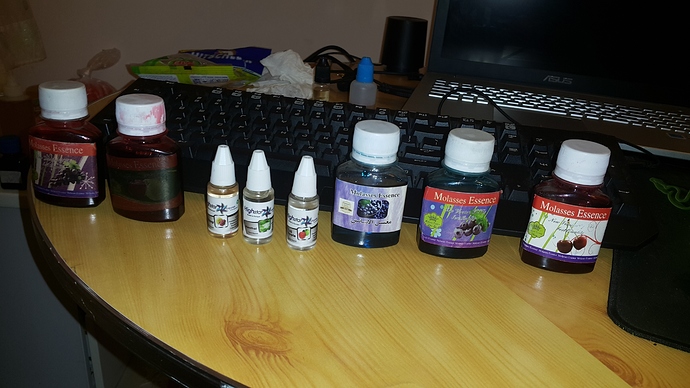 I dont think these have oil

Put some in a little water and see if it mixes, oil and water don’t mix.
edit; I knew I saw it somewhere on this forum and found it, a tip from @JoJo; Put a drop on a brown paper bag…if it totally disappears it’s water, if it leaves a mark, it’s oil

Mixed it up, but it tastes really weird. I know that you have to steep but still tastes weird. The guy said its what they use to wet tabbaco for hooka’s. Ended up mixing but doesnt seem promising. 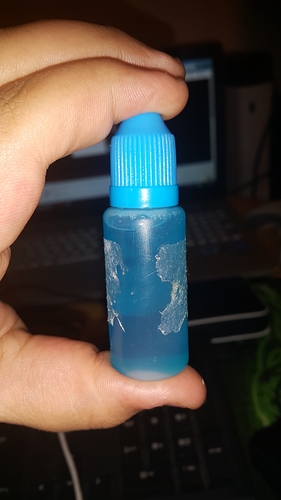 its what they use to wet tabbaco

Definitely no oil then, since you’re not supposed to inhale oil they wouldn’t use it to wet tobacco. Hopefully it improves with time, otherwise it’s the hookah pipe with wet tobacco for you

If it go right on tobacco it’s not concentrated. It’s about the the strength of regular ejuice. It’s not strong enough to mix.

I know a few folks in the mixing community use Seedmans flavoring for mixing. I’ve never used them but here are some links.

The more I get into tobacco flavors, the more I want to give them a try myself! Thanks for the nudge! ; )