Finger taste testing... Anyone into this method?

Just out of curiosity, does anyone else here finger test their recipes or concentrates? If so have you noticed any advantages or disadvantages using this method.

One thing I have learned is that I can’t gauge flavor longevity from this method, but it does offer a lot mental info about flavors and flavor combos.

I taste all my new concentrates and juices on my tongue… I also like to get a nice smell of them too. Sometimes I worry I will screw up my taste buds. It does seem to give me a general idea of how a new flavoring might taste in a recipe. Sometimes its not close once mixed though. I think it gives me more of a connection to the flavor, rather than it being just another liquid in a bottle, if that makes sense.

It makes sense to me. I think testing concentrates with this methods helps a lot with judging a good starting % and a good idea of it’s flavor accuracy. Some flavors pan out and some don’t, but overtime you can gauge the good or the bad with a certain amount of success just from a finger taste.

Interesting that this works for you all. On the occasions I have tried this, flavors have come off very chemically to me. Maybe it was just the luck of the draw, I don’t know. I might have to try this again with flavors I know well.

i cant gauge anything from testing on the finger / knuckle etc with concentrates , finished liquid is the same as well

flavors have come off very chemically to me.

for me as well

Id be lying if i said i never “finger tested” an entire 10ml SF sample. Id also be lying if i said that i have never made 2 X 10ml samples because i knew i would eat, err, test an entire sample before i it cured long enough to vape it. Lets face it, its liquid candy without nicotine…

This doesnt always work but it does more times than not. Some of the things one tastes just wont be there when vaped and vice versa.

I also like to take a tiny drop of concentrates and rub it on the back of my hand to sniff test it.

Huge disadvantage, Its poisonous. Don’t do it, dont feed it to your children or pets either. The flavors may be ok in small quantity mixed with water, but the mixed juice is something like drinking diluted antifreeze. It can become addicting especially to pets. If you feel sick after a long juice finger tasting session call 911 and seek medical help.

or if it’s for your pet:
Animal Poison Control | ASPCA 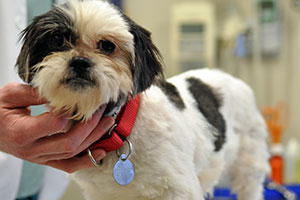 Call the ASPCA Animal Poison Control Center at (888) 426-4435. Did your pet eat chocolate, xylitol, or another potentially poisonous substance?

I even include labeling that says “Keep out of the reach of children and pets. Good to Vaporize, DO NOT DRINK.”. Although in small quantities the FDA has classified these toxins as safe or GRAS, it wouldn’t be the first time the feds said something that is safe is really toxic.

I was trying to figure if you’re serious or just effing around. It does sound funny though… LMAO!

You humans eat toxins all your life then wonder why people get cancer, Parkinson’s, Multiple Sclerosis, and a host of other diseases with an unknown cause. I started trying to limit my toxin intake, I even read the labels on the food I buy in the grocery store. But then again I’ve been diagnosed with PD and one of the side effects of it is paranoia. So pay no mind to me, i’m just a paranoid alien.

You had me for a minute @CosmicTruth.

I haven’t really done the finger or knuckle testing on the regular. I know some do it…but I had a decent sense of small and a great imagination. That’s been enough to get me started.

Now that’s something that’s a bit challenging for me. I’m more of a see it, analyze it, then try and recreate it.

I always finger test new concoctions.
For me it gives a good indication of where the recipe is headed and I can adjust accordingly.
No bullet proof but has served me well.

No bullet proof but has served me well.

LOL
As I said not bullet proof! Had a few similar experiences myself! LOL

Finger testing works great with mixes for me but straight flavor concentrates, I tend to always get the spicy, chemical note.

In a round about way these type of experiences really help hone your palate for later FTs. I think over time some users will get good at FTs… but it’s not bullet proof as you said.

I agree as @Amy2 posted in a prior thread “SF test is the best way to detect most aspects”… not word for word of her reply.

Some of the things one tastes just wont be there when vaped and vice versa.

While I’ve done both (raw from the bottle, and post mixing), IME, it’s only a “rough indicator” at best. More often than not, what you end up vaping post-steep, is significantly different enough that I would never recommend trying to learn flavors by a finger test.

I think it’s extremely difficult to get past the varying amounts of alcohol and/or PG (aka the flavor carriers), never mind the varying sources and “brands” of each.
(in addition, there’s no reason to think that every manufacturer sources the exact same alcohol, much less at the same ratio, etc., and something as simple as the chemical makeup of the carrier could/does color the impression)

I agree that after enough trial and error, that you can use a raw finger test from a bottle to gain a very rough idea on starting percentages though. But, only with low to moderately high potency flavors.

I feel that only SF testing is going to prove useful, but especially so on the stronger flavors (1-2% and less bracket) which I have two brackets for: high strength (1-2%), and ULTRA high (sub 1%).