According to the sewerage newspaper HLN, the first death of Vapen (a boy of 18 years called Raphael) is a fact in Belgium, which they do not mention in their sewer article that it was an E-cigarette with a CBD filling. 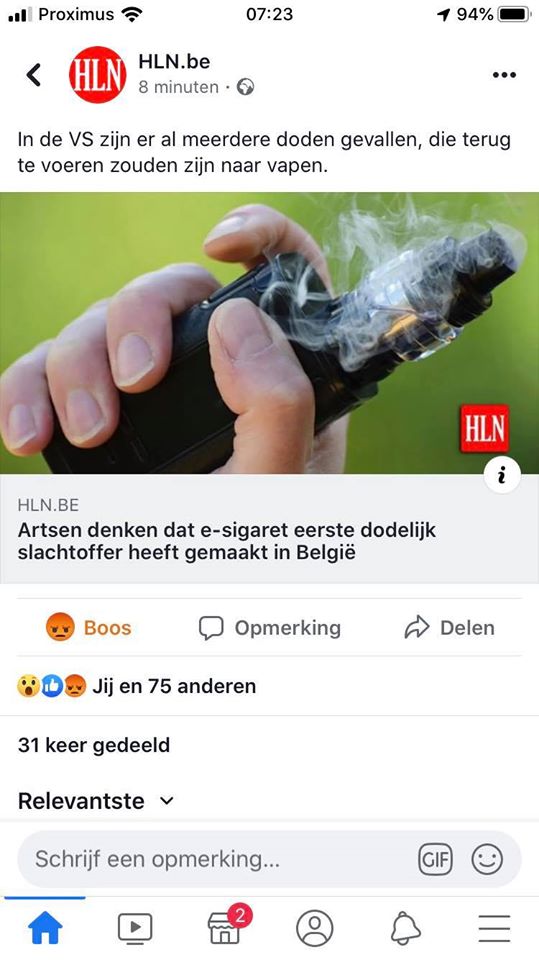 And of course one of my smoking friends whatsapped me today to beg me to quit vaping…
I didn’t have to read the article to know which paper he had read. I replied him simply begging him to think about his kids and quit smoking. I mean, what else can you say…

for the moment we can only guess there, but think that our 200 kg health minister will have something to tell

yes this is our " Maggie De Block "

The world is insane. It’s one massive asylum and we’re all inmates.

I don’t usually fat shame, i really don’t care but I’ll make a rare exception for this fat pig. She really has no shame… and even though she managed to get a medecin degree, she’s even as dumb as a pig’s behind.

For me the appearance of a person does not play a role, but that for 4 years we have been told by this breed couple what we should eat, drink, smoke, and on top of that have to pay a sensitive tax on sugar-containing products that we buy in the stores, does not give me a good feeling how she will respond to this vape death

the appearance of a person does not play a role

I’m all with you on that, what matters is what’s inside a person but Maggie has done so much damage that she deserves a little (or more) shaming. The hairs on the back of my neck raise every time I see or hear about her. To me, she is one of the reasons that people stand up against the “elite” and vote for stupid things just to get any form of change through. She stands for the liberals but she couldn’t be more unliberal if she wanted to be.

Usually it’s just symbolic words or phrases used to express criticism about fat cat governments out of touch with the people, but the irony of your health minister looking like that is just too rich.

Or perhaps her position has just increased her ‘overall health’.

One Belgian death in total (cause yet TBD), but then there’s this…

They already where tightning it up lately
Tough yet again its the CBD part that comes to light !