SirRisc here with another review of juice from the US that has been involved in some controversy since a few weeks ago.
Enter Five Pawns Castle Long… I won’t go into much detail about the drama and controversy that has surrounded this brand as of a few weeks ago, but the gist of it is that their line up is filled with diketones.
Now personally I have smoked for 20 years and switched to vaping because I didn’t want my health to deteriorate any further, so when I noticed the testresults of Five Pawns I was rather shocked.
The levels of diacetyl and acetyl propionyl showed extremely high values, and what worried me even more were the numbers for the PG/VG ratio and nicotine that deviated extremely far from what is marketed.
Just before all this ruckus and drama, I had just received a bottle of Castle Long from Ecigarettedirect.co.uk for review.
The moment the results were published they decided to pull all Five Pawns liquids from their shop because they couldn’t in good conscience sell liquids with such results, which is more than reasonable.
They have also changed the page to reflect this decision and are still investigating the matter.
Despite all this I still wanted to go through with the review because people will still buy the stuff, regardless of the results or the dangers it may or may not hold.

The things I do for my vapefam… Tasting test was done in: Our non-barrel aged version is a combination of the dark, refined spirit of Kentucky Bourbon, accented with toasted coconut, roasted almond, Madagascar vanilla bean, and laced with a caramelized brown sugar. As with all Five Pawns liquids, the glass bottle comes in a cardboard tube with all the necessary things like PG/VG ratio, nicotine content, and lot number.
The 30ml glass bottle has a childproof driptop with a sharp nosed dropper. Castle Long is part of the Mixology Edition.

Scent: Roasted almonds with a hint of vanilla

Taste: A distinct taste of roasted almonds blends with brown sugar and notes of bourbon.
The inhale is rather strong on the nutty flavor but not overpowering.
The 50/50 ratio is still something that irks me because it makes the experience rather harsh.
The exhale, if you can keep from coughing up a lung from the throat hit, is sweet yet dark roasted almonds blending with bourbon and cream.
Not the best “premium” I’ve had, but it’s not bad… though it would be better with a 70VG/30PG ratio. Despite all the controversy I can’t really say I hate the taste of Castle Long. It’s not spectacular, but it’s alright.
The profile is rather on the nutty side and it does feel like a lot of work has gone into the recipe.
Is it worth the price they charge for it? FUCK NO! Five Pawns is still very much overpriced, especially considering it’s only a 50/50 ratio.

Is it worth the health risk it may potentially pose? You’ll have to decide that for yourself.
I only vaped about 5ml of this stuff for the review and that’s where it’ll stop, unless I know for sure that the nicotine content is actually 6mg as claimed on the bottle.

Should you stay clear of Five Pawns? Well, that depends on how much you value the test results and consequent kneejerk reaction.
I think Five Pawns could have handled this situation with a lot more grace, and a lot more respect towards their customer base.
Unfortunately they’re not the only ones who are acting like spoiled little children hiding behind a legal team when they make bad decisions… (I’m looking at you, Hyon.)

Either way, I can’t do much else but respect the decision of ecigarettedirect.co.uk and several other shops to pull the Five Pawns juiceline from their stores.

Thank you all for reading! I’ll be back next with a review of NovaVapes juice, straight from the sellotape factory UK! I’m always looking for more opportunities to review, so get in touch if you want me to review something from you!

Juice, RTA, RDA, mods… it’s all welcome and I’m sure we can work something out!

SirRisc disappears in a cloud of vanilla scented vapor

Is it worth the price they charge for it? FUCK NO! Five Pawns is still very much overpriced, especially considering it’s only a 50/50 ratio.

A fool and his money are soon parted!

For the price they charge, there should be some ingredients in the juice which make you “trip” just a little bit! I mean, come on! $27.50 and $37.50 for 30ml of juice…that’s just bullshit! They should be ashamed of taking advantage of the vaping community like that! Harumph! 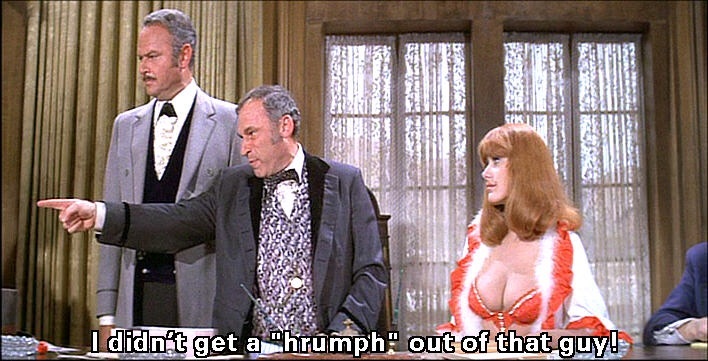 Really disappointed with five paws. Loved there Gambit but after reading all this, no more. For the price I believed i was getting quality liquid. Obviously wasn’t. As long as there making money eh? I stopped smoking to get better not worse.

Thanks @SirRisc for the info.

As a kind of side note to the information and to further the discussion of the cost for “premium” e-liquid, I feel like the market will eventually bring the bozos down to earth. You can’t blame them for making the money while they can, but this isn’t gasoline! The cost of e-liquid drove a lot of us to DIY, but I think the current trend is heading more toward subohm vaping and as that takes hold, I feel more and more people will depart from purchasing $30 bottles of juice and seek out cheaper. Someone will eventually figure this out and start a so-called premium juice line where they sell their liquid for $10/30 ml.

How about the ELR Juice Company? Doesn’t that sound grand?