Hi I have a weird question. I have a bunch of flavoring that I will never use and I was wondering if my wife could use it to make candles. I went a little crazy when I first started up making juice for my friends. So I have a bunch of flavors that specific people asked for and then stopped buying. Yea with friends like those who needs enemies?

I know most of the flavorings (not mine just in general) are flammable. But if I mixed them in wax would they burn uncontrollably? I might just try it if no one has yet but before I burn my eyebrows off I figured I’d ask. Thanks!

What is it called when you heat just the wax with a heat source underneath as opposed to a wick like a standard candle? I wonder if that’d be a good way to go about it?

You know, I thought about this same thing today, I thought a Bourbon & Vanilla would be really nice over the holidays, but I wouldn’t know how they would burn either. It’s a splendid idea though, I am interested as well.

What is it called when you heat just the wax with a heat source underneath as opposed to a wick like a standard candle? I wonder if that’d be a good way to go about it?

I tried simmering white chocolate peppermint in one of the candle simmer pots. Smelled pretty good up close , but 5 or 6 feet away smell dropped quickly.

As far as a warmer I think it would be safer but my wife likes to burn the candles. I might try both. I just need to get rid of some of my flavorings I’m never going to use. I will keep everyone posted. Thanks for the replies.

Flavorings are for all food and lip balm NOT for candles. Candles require a special type of wax and fragrance oils.

agreed… water based flavorings might not mix well with wax …all other issues aside. and oil based flavoring might explain why it fills a room better. Post up the link to the candle maker forum when you find

I am a candle maker but not on a forum.

Did persimmon and clove just on the melted wax (pg) and it worked. Pure oils from the store seem make weird floating things. I don’t see why you couldn’t mix it for molding. Sure smelled good. Maybe try one of those clay diffusers for light bulbs? Non alcohol obviously.

sir i am not sure how good is this… it’s a nice idea BUT:
both PG and VG are supposed to be highly toxic when burning in very high temperatures and the flame of candles is burning, while melting candles happens in boiling temperatures to really mix flavors and candle…i think that also if you’re mixing coloring with candles is making it even worse… it’s not vaporizing anything… candles are supposed to be not the healthiest choice anyway specially when it comes in small rooms… dunno… i can’t give an answer to this but i am afraid that the answer as i am thinking it is that it isn’t a good way to go… better find someone else that could use these flavors or find some nice recipes that you could make some use of them… i would say to think more about it or check answers from people that know better than me or have done it in the past…

Thank you for that info! I was figuring it wouldn’t work. Okay next question, how long does flavoring last for. Because I have a bunch. It might just take me 5 years to use them all lol.

most vendors say that flavors can last up to 2 years since manufactured (with the condition they’re properly stored, away from heat and sunlight)

I’ve got some flavors 3 years old and they are still good. Room temp in a cabinet

You could always send the flavors you will never use to me. Thanks in advance

Being a nerd and knowing a bit about scents…
Flavoring extracts are exactly the same as perfume extracts except perfume is extracted normally in alcohol or distilled water. However, PG extracts will act the same. When you are talking 1ml or 5ml per 250ml wax, there really isn’t enough I think to hinder your candles. Worst case they may sputter a little bit. Remember the scent is coming from the melted wax and not the burning wick *very little wick actually burns as long as there is enough wax to fuel the flame. You could get the same effect with scented wax in a tin can over a tea light candle. I believe you can watch Perfume: The Story of a Murderer for references… although that is a bit extreme…

I have been playing with this for months now…I am dripping the concentrates either into the melted wax in my heated burner its a lamp heated with a light bulb underneath to melt it. But it doesn’t seem to be doing the trick…and I’m putting quite a bit of concentrates on it or I will make holes in the wax cubes and inject them with flavors but im not getting the scents like I should I know there’s more to it. Just don’t know what. 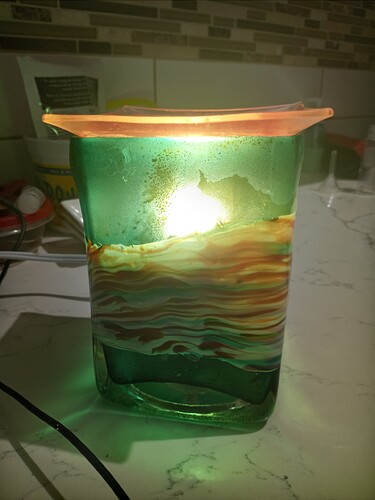 20210804_1512521920×2560 186 KB
This is what I have been using…I have also tried in the diffuser with water same no scent from alot of concentrates doesn’t make sense if you find out plz let me know… cuz I have been going insane over this. I also want to make vanilla custard or crème brulee body butter I even bought the cocoa and shea butter…but im not getting it right one way why would I fuck some more shit up?? 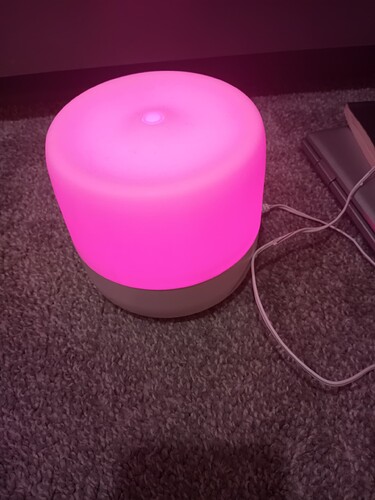 I have both i order those weird ones…im doing this right now…Persimmon and clove here I come beep!