I’ve heard about it but never had one do it until recently. Went to open a new bottle of Birthday Cake (FW) last night for a mix I’m working up. I then noticed this brown clump, like sludge at the bottom. Gave it a little shake but it just sat there all defiant and shit! So I had to get a bit more aggressive shaking that bottle and eventually I had what looked like 10ml of brown cloudy iced tea.

I contacted the vendor and they replied that some flavors, especially FW, are notorious for separating if they sit for any length. They advised giving it a good shake before every use and I’d be good to go.
So, has anyone had this happen with their FW concentrates? I just want to make sure I’m “good to go”.

So, this is a thing but have you ever had any come to you like that?
Surely they sit somewhere before being sold?
Do your bottles have batch numbers / made on dates?
How long did it “sit there”?

Hmmm. Yes. Flavors do separate even if you don’t see it!!! Strawberry fa is a prime culprit. In general you should give all your flavors a quick shake prior to dispensing.

That is why my left forearm is bigger than my right.

FW Cafe Coffee is a crazy shake to get mixed up again, just like you said kind of sludgy at the bottom. Although, I do have the Birthday Cake FW and it is Light/Orangeish Amber in color and hasn’t separated. I have gotten some flavors that I was pretty sure were at the bottom of the drum or container the vendor had them in that came sludgy, but a fresh bottle from the vendor fixed that.

I did have one instance of FW Waffle, when it came in the mail upon opening I was hit with this Rubbing Alcohol smell, and there was crystallized gunk all over the bottle and spurting out of the cap. I tasted it to see if the crystallization was sugar, it was not. Or at least it tasted like Rubbing Alcohol, harsh and bitter. It was also cloudy. It smelled like 151 and Maple Syrup. I chucked it.

Lime Tahiti Cold Pressed by FA has some flakes that float around the top of the liquid after sitting for only a few hours. Definitely needs a shake before using.

My order for that came in a couple of days prior to me posting this so yes, it came in like that. How long it sat prior to me getting it I have no idea.
As far as batch numbers I can’t say… My old eyes can barely read the fucking label as it is.

This is one: toffee from flavorah. I was concerned until i recieved an email reply from a flavorah rep. I re worded it, but this is the skinny…
The sediment that collects at the bottom is nothing abnormal. When heated it goes away. It is just a trait this particular flavor.
The sediment is a result of the compounds used to make the flavor. They sometimes solidify when the flavor sits or cools but there is nothing harmful and it will not gunk up your coils. ( a representative verified this)
A good caramel taste with hints of butterscotch. Rich in flavor.
*maybe other types of flavors have this trait as well…

Not a separation but…

I pulled out my bottle of Koolada today and to my amazement it had crystallized, it must have got really cold in my living room over night

I’m surprised no one has mentioned FA cocoa yet!

FA strawberry has been mentioned.

Amoretti natural birthday cake (#1268) is horrible about this (like the bottom 25% of the bottle).

My (TFA) brown sugar and acetyl pyrazine have crystals at the bottom too. When I shake it, it has flakes floating around. Is that normal?

Αt what room temperatures?
At 15°C I haven’t see that.

I just noticed flakes in my TFA sweetener. And I’m getting curious about CAPs also. You can’t see through those bottles (the 13ml’s)

I keep them in the refrigerator. But even when left at too temp. The brown sugar still had crystal sediment at the bottom

Google translate:
The crystals remain dissolved in certain specific degrees. If the solution descends below some degrees crystallisation is created.

Ok thanks for looking this up and posting😊

Popcorn (FLV) has some big floaties, i tried to shake it to break them up but ill have to hit it with just a bit of heat. It is 59*F in the room, perfect ginger temp… 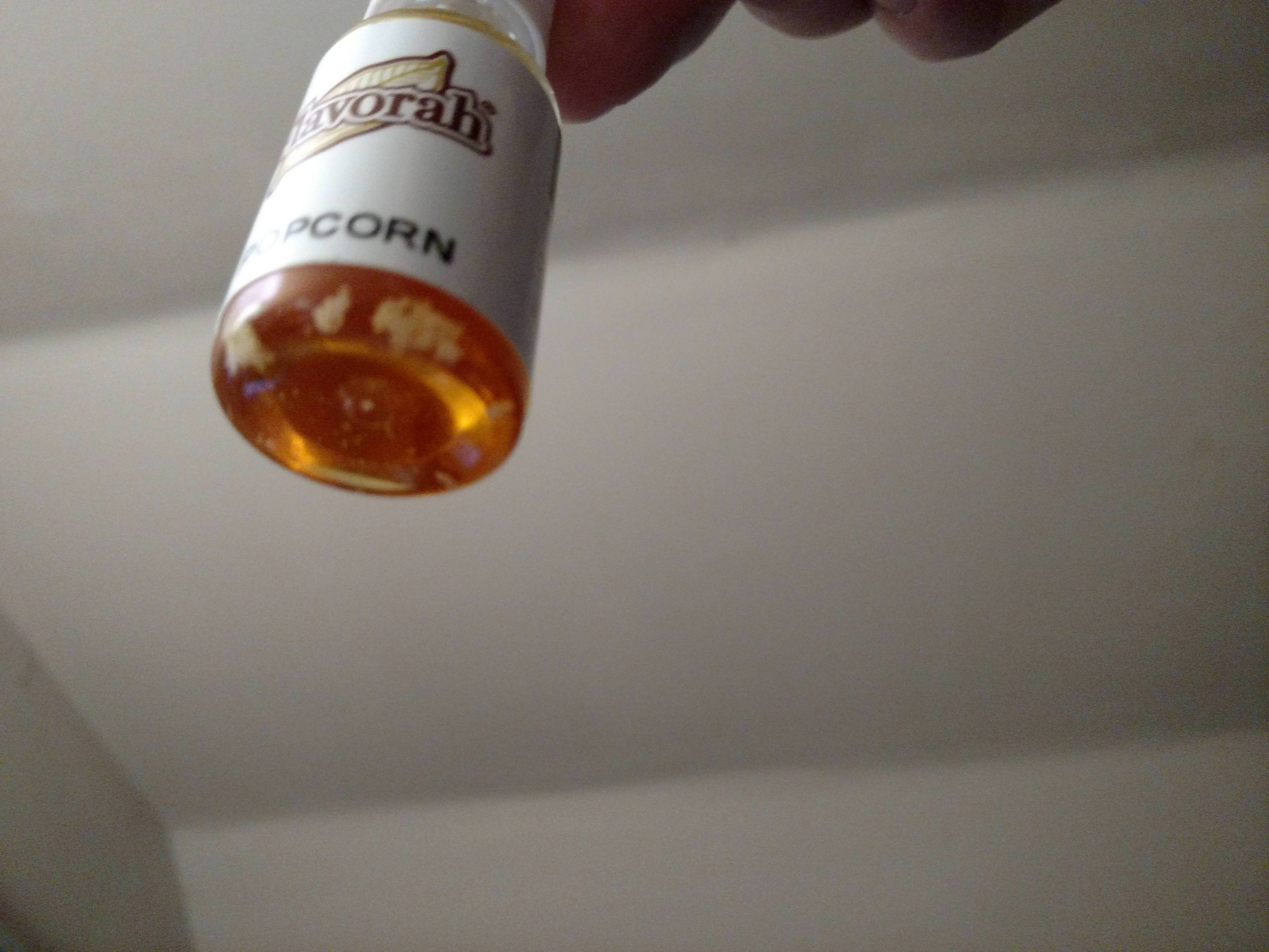 After shaking it till it hurt. 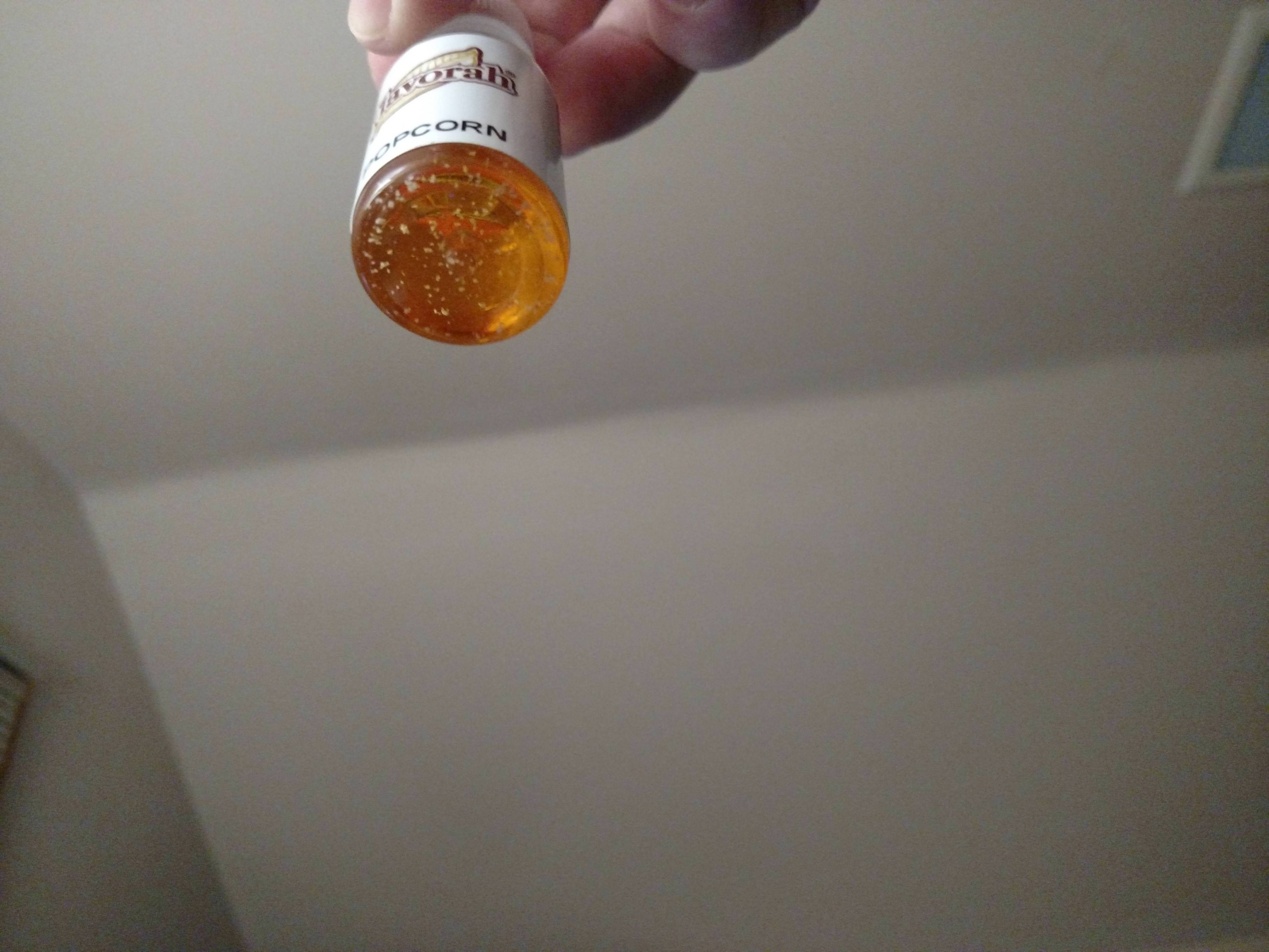 It might be a little cool in here for it. It happens with some flavors from time to time, AP, pie crust, menthol/koolada, etc. I usually just wrap it in a heating pad for a minute or two if holding in my hand doesnt work.

Im just glad it isnt a bug, id hate to have to dig it out before mixing with it.

It would be like the worm in tequila. I think a bug would add a bit of character.