Hello, just wondering if anyone ever had an issue with juice, mods or batteries flying on southwest. I’ve read the forum posts about traveling with batteries and mods. Is there a limit to how many mods, tanks and 30 ml juice bottles I can carry? I’m flying from NY to San Francisco next month I just want to be prepared. Is there a certain way I should pack my mods and nicotine? Thank you

I’ve personally never had any problems with any airlines. Just make sure you follow FAA regulations and use common sense and you’ll be fine. Put your tools and extra e liquid (I recommend putting the bottles in a bag to prevent leakage) in your checked luggage. Carry on your batteries. Ect. I recommend putting your batteries, e liquid and devices into separate ziplock bags. Makes it a lot easier at the x-ray machine.

No, there are no limits on tanks, mods or batteries. You can carry on only 100mls of liquids total, but you can put more into your checked luggage.

I know u are smart enuff to search ELR hint type :how-much-ejuice-can-i-carry-on-a-plane/71544 , hehe, gl and have fun!

How much ejuice can I carry on a plane? The Pub

I am about to fly from LA to Miami and will be there for a bout a week. I have the little plastic ejuice carrier and it holds 60ml per bottle. I read that each passenger can have up to a 100ml each? Does anyone have any experience with this? Thanks! Traveling with electronic cigarettes? Here's what you should know

Be careful when flying with c-cigarettes. Photo: www.ecigclick.co.uk./Flickr/Creative Commons Do you travel with electronic cigarettes? If you do, U.S airlines warn you to be careful about how you pack them.  In a recent blog post, Southwest Airlines...

TSA and the Ecig FAQ

Earlier today it was suggested that I make a FAQ about going through TSA checkpoints with a PV and after much deliberation, 30 seconds of thinking I am...

The FAA prohibits these devices in checked bags. Battery-powered E-cigarettes, vaporizers, vape pens, atomizers, and electronic nicotine delivery systems may only be carried in the aircraft cabin (in carry-on baggage or on your person). Check with...

This might be helpful…Probably more interesting than helpful, but whatever.

The most important part is at the bottom of the section Explosive and Flammable Materials, Disabling Chemicals, and Other Dangerous Items:

It also explains the 3-1-1 liquids rule.

Thank you, i called the airline and the rep told me to put my mods in my checked bag yet the website said to put them in my carry on without the batteries.I would hate to go through security and have issues.

Hi Robin,
This pretty much says it all:

You are allowed to bring a quart-sized bag of liquids, aerosols, gels, creams and pastes in your carry-on bag and through the checkpoint. These are limited to travel-sized containers that are 3.4 ounces (100 milliliters) or less per item. Placing...


https://www.faa.gov/about/initiatives/hazmat_safety/more_info/?hazmat=61
I found the airlines are not overly interested on what you bring on board that is approved by the FAA and TSA.
They are mainly the cops if you decided foolishly to vape on board.
2 Likes
Redcrown December 20, 2017, 5:11am #10

Remember that in the US, many TSA agents are poorly trained. The press is continually filled with stories of errors, abuse, and mistreatment by TSA agents. Google “TSA performance” for some light reading. There is little you can do to defend against bad actors, but one good step is to carry with you a printout of the full FAA/TSA guidelines. If challenged, ask to see the supervisor on duty, produce the printout, and pray for luck. 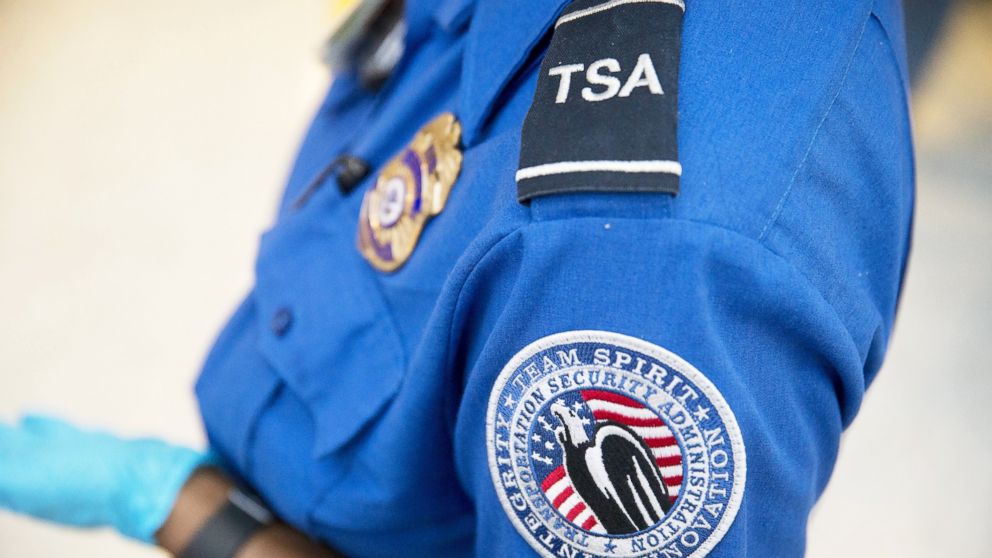 TSA fails most tests in latest undercover operation at US airports

Source said the results were an improvement over the same test two years ago.

Again I gotta go with personal experience. Be prepared to pull items out and explain their function. For the most part the folks of the TSA are up to date on most vaping equipment, but with the pace of development and variety of equipment they might not recognize some of it, especially the newer stuff. For example on my last cruise I had to pull out my Drop because the cruise line doesn’t get many RDAs. After pulling it out, removing it’s top cap and explaining it’s function they were okay with it.

Just avoid any unnecessary information. They don’t care if one RDA has better air flow or whatever so long as it doesn’t present a threat.

I flew on American Airlines when I went up to DC for my sister’s wedding. I hadn’t flown in ages so I was a little paranoid and didn’t wanna pack anything essential in my checked luggage in case it got lost. I packed my mods without batteries, spare batteries, coiling stuff, liquid, extra coils in my carry on. I got pulled out of the security line for them to check my bag both times, going and coming back. My coil jig was what they pulled out and asked about. It’s not too bad, but it it does take a few extra minutes and having one bag pulled meant they pulled and checked all my carry-on bags (two for me, one for daughter) for explosives.

Check Southwest’s website. AA had a whole section on how to fly with electronic cigarettes. Basically what everyone else said. Put any extra liquid, tools, coils, etc. that you can in your checked bag, but your batteries and mods should probably go in your carry on.

I would also recommend flying with your tanks empty or barely full, and in a baggie! Due to cabin pressure variations, they will leak everywhere. I have flown a lot, never had any issues and never a single question. Batteries and mods have to be separate and in carry on. Liquids in your checked bag, again, in a bag. Stuff you think will never leak, will.

I flew to Jersey to help an ejuice company with their lab once, so I had dozens of tanks, bottles, etc. I thought I had everything wrapped tight and secure… nope. Once I unpacked, there was juice EVERYWHERE. Clothes, suitcase, all soaked and every tank emptied.

The paranoia of flying with this stuff is far worse than the reality. They really only care about the batteries and NOT being in your checked bag. The reason is because its easier for the crew and passengers to put out a cabin fire, than one under the plane

The paranoia of flying with this stuff is far worse than the reality. They really only care about the batteries and NOT being in your checked bag. The reason is because its easier for the crew and passengers to put out a cabin fire, than one under the plane

Thank you…This is my first time flyimg with gear and juice. I really didnt know what to expect. UPS Airlines Flight 6 was a cargo flight operated by UPS Airlines. On September 3, 2010, a Boeing 747-400F flying the route between Dubai International Airport and Cologne Bonn Airport developed an in-flight fire, with the fumes and subsequent crash resulting in the death of the two crew members. The aircraft had departed Dubai International earlier, but returned after reporting smoke in the cockpit. It was the first fatal air crash for UPS Airlines. The crash caused an examination of sa The ai...

On July 24, 2013, the GCAA released the final investigation report. The report indicated that the fire was caused by the autoignition of the contents of a cargo pallet, which contained more than 81,000 lithium type batteries and “other combustible materials”.

After 8 years in the airline industry I can say…

If you need tools. Put in your checked luggage.

Mods, batteries, juice…carry on. Juice is still a liquid and you should follow the carry on liquid procedures. Power off all your mods and remove batteries when you can.

Keep everything clean and tidy.

As mentioned…empty your tanks…they will leak due to pressure and temp changes.

Look the part. If everything is clean and tidy…even if at an inspection a tsa person will ask what xyz is for and you say…these are vape supplies.

Beyond that…don’t take 20 separate 18650’s, don’t try to carry on a gallon of vg and you should be fine. I never had a problem when flying for work. Remember the golden rule…the tsa rep is human and would like to be treated with respect.

Whenever I fly, I place my (mostly)empty tanks into old prescription pill bottles with a small wad of paper towel or tissue to soak up any juice that might seep during travels. If you pop the drip tip off and slip the tank into the bottle upside-down, the drip tip lays quite nicely next to the 510 and allows the cap to be securely fastened. The bottles not only contain any errant drips but they also do a damn fine job of protecting your tanks to boot. Nothing like getting to your destination and having a busted tank!

That’s a good idea. I now must go and get some prescriptions!! I learned the tank leakage issue the hard way my first time

Me too. It was also that trip that I discovered just how bad a broken tank could be. Luckily I’d packed a spare, as we were heading to the boonies of Nicaragua for a week of beachy bliss and I went extra Boy-Scout in my packing so I had spares of damn near everything.