I got home yesterday… was watching the news when someone started banging really hard on the front door. My wife open the door and it was a policeman asking for me. So I go to the door and the policeman has my vape mail in his hand… I think oh crap! Anyway it turns out that he lives one street over from me… same house number and USPS delivered my package to his house by mistake. Boy, was I relieved!

Lol! Phew! Ya had me scared for a minute there.

Ya had me scared for a minute there

I was in full blown panic attack mode for a minute

I would imagine! “I promise officer, it’s just vape mail!”

OMG that is funny. I would have poker faced him but gone into a total panic myself… not a good idea to make cops nervous lately either lol

For a second while reading that I thought your package had a police escort!

Can’t be safer than that. 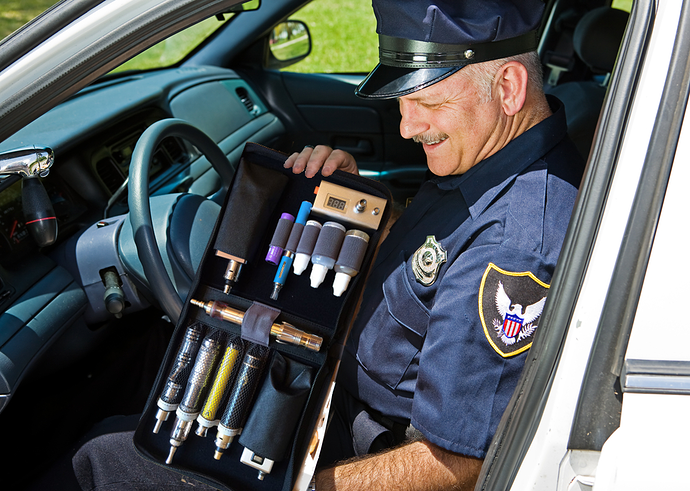 0.0 What’s the gold one in the middle that looks like a light saber?

*Really badly photoshopped actually, im not happy with that at all…

Still wanna know what the middle one is though =P
/grins

the original was donuts

I should have guessed that, there’s only one thing that can make a cop look like he just entered heaven

I was waiting for it … ah shew thank goodness

All the Police where I live who used to smoke now vape. A couple even told me they would never arrest or go after anyone vaping even if it was banned…

Yea, me too, they never ticket me, not ever…Of corse I don’t break the law too much either…