Howdy Mixers, awhile back we started using Sourin Pods to test some of our Nicsalt recipes. They are pretty good, but we wondering wondering what refillable pod systems seem to work for you currently? and is there any differences in flavor between the systems worth mentioning?

How many flaves are you guys using ???

in our nicsalt recipes? We started with 2-3 per recommendation, then we tested our one shots to see how they translate… we realized that it isn’t much different than mixing for the likes of a 510 setup (at least to us.) the difference we noticed most was maintaining a different PG/VG ratio. Still we are fairly new and any insights are greatly appreciated

So the Vagon and the Novo you say?

Ya I don’t do pods but my mom and gf do , I’ve noticed the cream / mouthfeel don’t translate like a sub ohm set up so I’ve been using combinations without creams like Honeydew , Blueberry, Strawberry milkshake … I also have used FLV sweetness in all of my pod recipes … But it’s new to me as well

Note : I do use those two systems to test though , I hate using that amount of nicotine salts without test in recipe first ( 25mg) in a 30ml bottle is like 7.5ml

Flavor-wise, it’s mostly a battle between a device’s airflow and power. To compare the spectrum of pod systems (and what flavor they’ll all give you) you’ll want to test a tiny low powered low airflow device next to a larger powered high airflow one (both pod systems).

Coils don’t make too much of a difference with pods. SS or ceramic, most devices are under 10W, so… (imo) Not going to get much of a flavor difference there.

I was positively impressed with the Joyetech Teros. It takes liquids up to 70/30 and has better flavor than I expected, also way more cloud production than I bargained for. Since I got it for stealth vaping, it seriously failed at that.

I know @CosmicTruth is always reviewing different pods, hell he even arrived in one, hopefully he is feeling better and up for feedback.

I don’t use pods but as mentioned above small tighter mtl setups that do a pretty good job in mimicking pods.

For example the joytech ego aio, with airflow nearly fully closed, same as a pod.

Anyways, pods/sticks can’t do very complex recipes, but you also don’t need to limit yourself to 1 or 2 flavors.

Depending on brand you’re using in your recipes, you don’t necessarily need to increase flavor. In most cases you do, especially if using high nic salts.

What I’m trying to say/explain is, most of the times you just getting high and medium notes/nuances from these devices not so much the bottom/background notes and body unless it’s simple/linear if that makes sense.

Example you can taste creams, marshmallow, tobacco and such if they are in the background, but you won’t get the body weight of the concentrates. Reason custard either doesn’t fully work in pods, or feel like milk maybe watered down pudding if you’re lucky, or fully missing in the recipe no matter what percentage.

I mostly make a recipe and vape it in my rta, then rda too figure out the taste and full profile. After that I throw it in my aio too see how much it differs and what I need to change. That’s a good way of trying to make a recipe that works in either or “all” systems.

I hope it helps, if not just ignore lol. Difficult to explain for me today

Not at all @eStorm! makes perfect sense, we are operating under the same rules of thumb! and we agree about Custards and cream notes (although a good steep does seem to help a little.)
Our issue with the Sourin pod is not so much the flavor as the lifespan of the pods themselves… I dont know if we are being to0 hard on them, but they seem to putter out after a couple of months

(Sourin Drop)
(we switch cartridges every recipe but the pods seem to not hold a charge?)

Scroll down to the Diamond VPC kit. It offers a wide variety of pods that can be used in one system.

[image] My world is full of coincidences, I reviewed the Drop RDA when my girlfriend was literally in labour and about to drop our second little bundle of mischief, and now I start to write up iJoy’s Diamond selection on the very day I offer the real thing to my better half, accompanied by a proposal of marriage…it’s only been 8 years and 2 kids later…and I know what your thinking…‘only fools rush in’ and maybe to some of you it might seem a little 'rushed’…but clearly her father was overjoyed …

There are two very popular pods in my neck of the woods, and I had the chance to try them, and was really surprised at the flavor.

I’m not a big mtl fan, and definitely a pod fan, but these two had very decent flavor when I tried them. The juice in there was 50/50 VG/PG by one of our local Israeli mixers

I’ve been using the Minifit for the last 4 months and it’s a great little refillable pod system. What’s also nice about it is that the pods can easily be rebuilt which can save some expense on new pods.

Slow reply but my favorite Pod is Joyetech RunAbout. Great flavor & MTL draw, but hard to refill without a syringe.
Right now I’m getting more into RDA’s so my salt & pods are less likely to be used.
Sorry for the slow reply, just recovering from my pneumonia

Tried a vladdin the other day , it has a nice draw , super small and light

First is the Minifit by Justfog,

i second that, you can refill and rebuild
open the third hole…
no leaking, perfect for OTG
last flight delayed it saved my ass @Airport

look for a good offer, got mine for 7bucks

edit forgot to say Taste is amazing
battery lasts 1 and 1/2 tanks app. 3+ml
and its so small, take care not to loose it 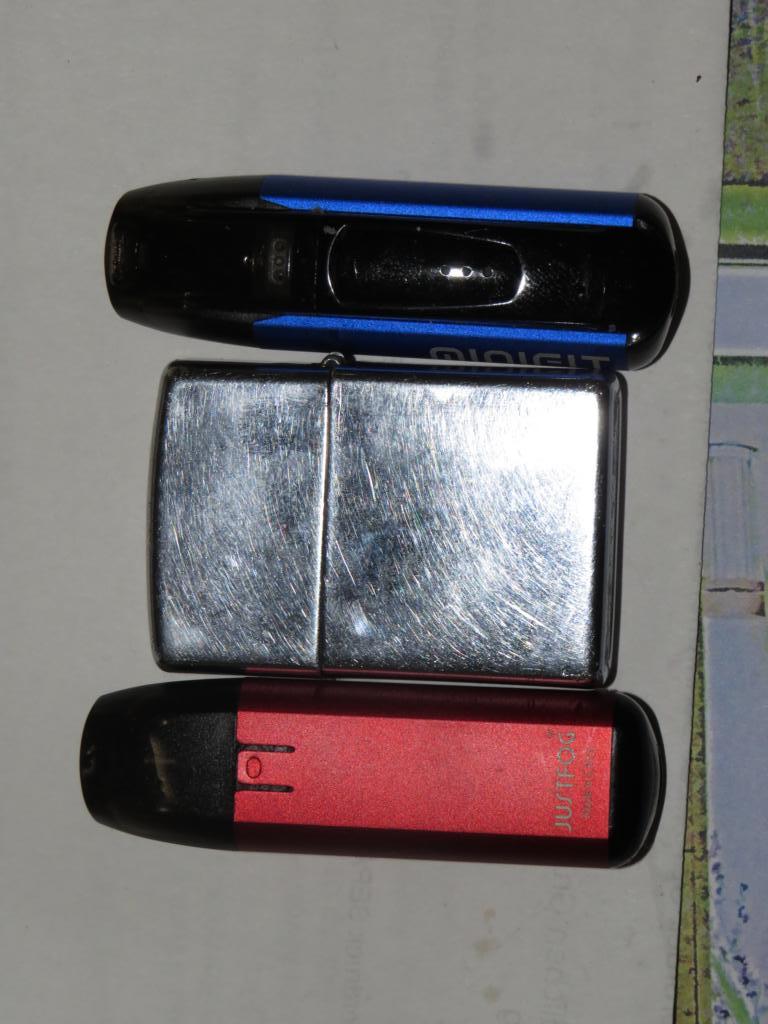 Yes thats the one , a friend of mine has a bunch bc his nephew works for the parent company or something like that .