I shop Goodwills often and many.
I found one of those things that men put their comb and change and cufflinks (I dunno!) in…
So I’m standing there looking at it, they want 7 bucks for it, and all of a sudden a light goes off in my head.
Boom!!
It even has initials engraved on it, only problem is, they aren’t my initials. It says P.H.C.
Maybe I’ll call it my “pretty handy caddy”. 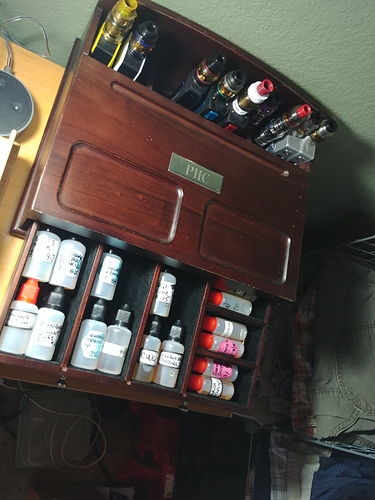 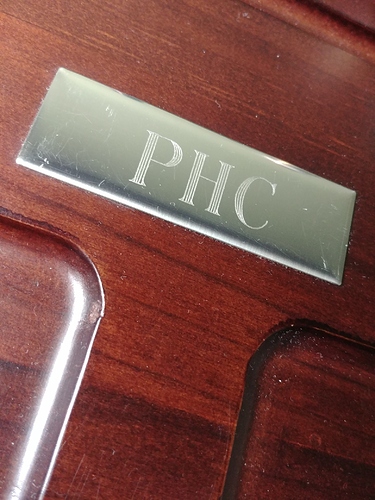 Sorry that that’s what stood out from the pics lol

That’s awesome, I wondered if someone was going to “stalk” my flavors, cuz I know that’s what I’d do!
Yeah at the moment I’m banana-ing out with
Banana bread pudding
Banana PUT in
Banana pudding
And P.B. banana boss (~boss reserve clone)
And somewhere is banana runts but its put away.
And Elvis, you can probably guess.
If there’s a flavor I love besides the obvious Vanilla, it’s peanut butter. But banana makes me smile too.

I was actually vaping some banana pudding myself, from the FLV book and I’m digging it

I wasn’t too keen on the boss reserve clone though. I think TPA and LA put me off of banana for a while but Flavorah has made me appreciate it again.
That aside, it doesn’t matter what you vape, as long as YOU like it. But yeah, post some flavors and I’m sure a lot of us here are going to be curious

I was actually vaping some banana pudding myself, from the FLV book and I’m digging it

I like banana and that k soy and pb… and… yeps…