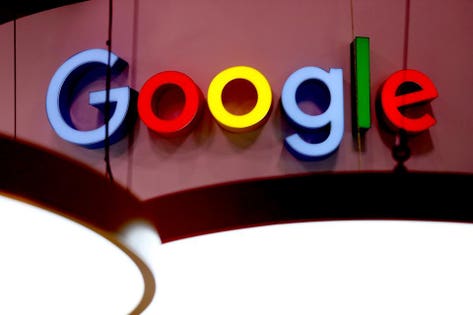 Vulnerabilities in the Google Camera app left hackers able to take photos, and silently record audio and video, even when the phone was locked.

‘The security research team at Checkmarx has made something of a habit of uncovering alarming vulnerabilities, with past disclosures covering Amazon’s Alexa and Tinder. However, a discovery of vulnerabilities affecting Google and Samsung smartphones, with the potential to impact hundreds of millions of Android users, is the biggest to date.’

Updating to the latest version of the Android operating system

If only manufacturers or operators would release those versions, but they’re more interested in selling the latest expensive models than keeping their existing users secure. Unless you’re always buying the latest hardware, chances are you’re stuck to an old OS.

Yeah I copied and pasted that part from the story itself, just to summarize a little. Obviously the best thing next to an updated OS would be just make sure the Camera app is updated and your security patches are up to date. I’ve had plenty of mobiles where the OS wasn’t rolled out.

the latest version of the camera app for your device is recommended to mitigate your risk.

Both statements are very accurate, and very telling.

Google DGAF about security. Because IF they did, they would be rolling out an update for each and every Android device (with a camera and/or mic, that was widely sold).

In the meantime, “anyone with anything to protect needs to update right away,” Thornton-Trump says, “if you can’t update the device due to age or a lack of manufacturer support it’s time for a new device.”

That’s the ONLY point of the story IMO.

Right. So we can get locked into the SAME lack of support for the “new” device, once it falls out of favor. Gotcha. Pffbbt.

Sales must be sluggish. I can certainly understand folks being content with their older phones though. As it seems, in my opinion, that “required features” having been continually stripped away over time… replaceable battery (being my biggest single complaint)… Bigger MP cameras that yield lower quality shots…

I’m sorry Google, but I simply WILL NOT yield to your disposable outlook until I absolutely have no other options.

Google: if you really care about your customer’s security, then PROVE IT by providing updates to the majority of your Android users.

Sorry to say, but Apple is no better

I wasn’t advocating Apple or MS… I think Google is the forerunner, well, best of the choices anyways.

Even then, #root is required for me!

Unless you’re always buying the latest hardware, chances are you’re stuck to an old OS.

and sometimes even the latest greatest has old software to start with. I hate upgrading anything these days… but I used to hack my droid years ago. I do miss tinkering tho

Prepaid verizon here… think I have had one update in a year… about to switch to a new provider once again.

root is required for me

It’s a dangerous statement to make. Unless you really know what you’re doing, gaining root access generally makes your device a lot less safe.
I’m not putting you in the category that doesn’t know (I really wouldn’t know), but not having root access is an important level of protection for 99.999% of the users.

If they cared, they probably would have said this shit in July though. I just thought it was good to know anyhoo. The OS update basically broke a ton of my phone functions.

Um. I used to put tape over the Xbox Kinect before just ripping it off and throwing it in a drawer, never to come back to it. So, I’m weary of anything.

@anon84779643 I know what you mean, I’m on TracFone for simply the fact that I always kill my phones, usually by water. Boats, toilets, the ocean, a cup of tea. You name it, my phone has been in it. When I did get a notification to update this year, I thought it was a joke. TracFone never updates. Hardly ever.

Yeah I am way too hard on electronics myself. Remodeling a house, how about paint and wall papper paste remover… oh I dropped the phone? or the latest… picked up a replacement phone off ebay, and if I squeeze it too hard, the sucker reboots in the middle of a call… grrr…

You would laugh at the way I replace my phones.

I bet… but youd be laughing at mine too…

I have a drawer full, including one from net10…

I am in a coverage hole with the sprint network…

You would laugh at the way I replace my phones

She would replace a phone about once a year (or less). Not due to wanting the “latest and greatest”, but cause she was so hard on them. (Something I can’t understand at all lol.)

My oldest phone (well, after the bag phone of the 90’s) was the ZTE Warp. Which IIRC I used for almost 3 years. The next was the galaxy s3, which I used for over 4 years. At which point, mom burned the screen on hers, so since a friend gave me his old s5 (which sat in a drawer for at least a year), I gave mom my s3 so she wouldn’t be out of pocket for a new phone. What I quickly realized was that I hate the s5 (by comparison).
No zoom on the camera.
Shitty (and off color) flash.
Crap pictures (even though it’s higher res).
Unable to surf while on the phone (thanks to not being CDMA, and not having dual radios)…

Anyways… I’ve been using this POS for less than a year, and I’m already researching a replacement, which will of course have to come from eBay. Primarily since the “latest” phones have done away with user-replaceable batteries.

But one of the things I always look for, and make sure of, is that there’s a publicly facing, factory OS image to be downloaded. Because I guarantee that I’ll void any warranty the instant it hits my hands. :evil-grin:

My dad needed a new phone to be able to keep using his Square Card reader for customers out on a job, as support stopped for his. I got him the Samsung Galaxy J7, which he proceeded to break that same day. Fast forward, I’m trying to do something nice, got him a new LG, and boom, 4 days. Smashed all to heck in 4 days. So he slapped a screen protector on.

My phones usually last me 4-5 years and when the battery completely dies, it’s time for replacement. My latest one is an IP69 rugged phone. It’s a bit of a brick, but no worries about shocks, water or dust and it’s got a 10000mah battery so I only need to charge it once every 5 days and I don’t have to constantly check my wifi/bluetooth/data/whatever to save battery power. Everything on all the time.
If you’re hard on phones, you really ought to check out the rugged phones. You can drop them in the toilet from the next floor and they’re perfectly OK 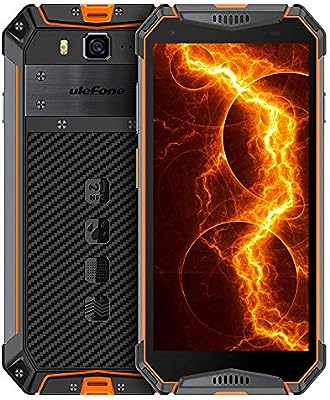 Samsung Galaxy J7, which he proceeded to break that same day.

That’s what I’m using now. He probably had the better idea, to be honest. I dropped it ONCE and the screen is cracked all to hell. Battery life is all over the place- some days it’s awesome, next day I’m literally running from charger to charger. Since the wife needs a new phone, I’ve decided that I’m getting one as well. I despise Trac Phone so if anyone has recommendations for a month to month plan, I’m all ears!

if anyone has recommendations for a month to month plan, I’m all ears!

Boost Mobile (if you’re in an area that Sprint covers well). Good service with minimal issues, and reasonably priced). Just make sure to buy a Sprint capable phone (LTE/HDPE) from eBay or somewhere else, as the phones they typically offer (at least, reasonably) leave a bit to be desired IMO.

Verizon has a nice prepaid plan… I’m on the lowest atm… but… I am changing to Spectrum at the end of the month.It will cut my phone bill to 14.95 a mo…