Has anyone seen this yet?

Coil Master has a new clapton jig, the CM 314 Clapton Maker. Seems a bit odd to me. No videos that I can find on it actually making clapton wire yet.

Saw that the other day, very interesting. Id probably buy it and use it once, not really a clapton fan, but the concept is pretty cool.

I love claptons but will wait for some reviews and videos of this device before I put any $$ down.

Seems a good idea but the length of clapton you’ll end up with seems short.
Enough for two coils perhaps?

It goes thru the end, from the looks of it, itd autofeed itself as much as u have in. The second section appears to be stabalizing and tension. Wonder if tension is adjustable or not hmm

Reminds me of a mini lathe.

In fact, a wood lathe at slow speed would be ideal for wrapping, I could imagine it would be super easy to make a rig to hold the outer wire and then just move the tool slowly to the right, should be super accurate too…

I found this one and it seem to work really great.

Read the thread i just invited you to.

It does look like a great device but i love the ones @Phill has provided me. The single and the duo. 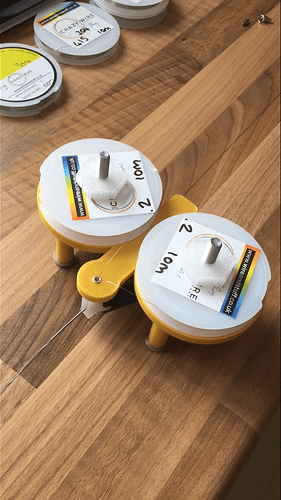 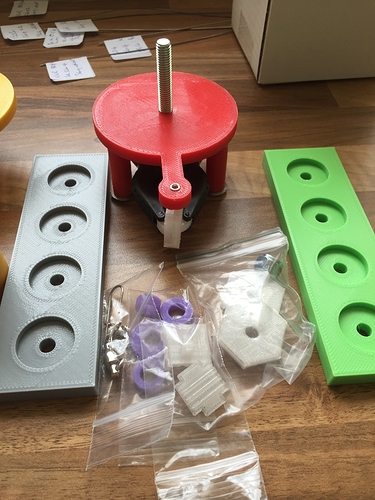 I like the design of @Phill stuff, if he can every get the logistics worked out. I have the Clapton Jig v2 but haven’t had much success using it. I just want a fast and easy way to make some SS clapton wire.

Yeah, were just waiting on him to let us know.

I saw that jig and instead of buying it, I just grabbed a few of those wood clamps. I can knock out a few feet in a couple minutes. Never worked with SS for claptoning, but for kanthal builds it makes it so much easier than by hand.

Look at how wood lathes work… That is the principle, just do that with a drill and some kind of “feeder”

Made a simple jig. Works good. 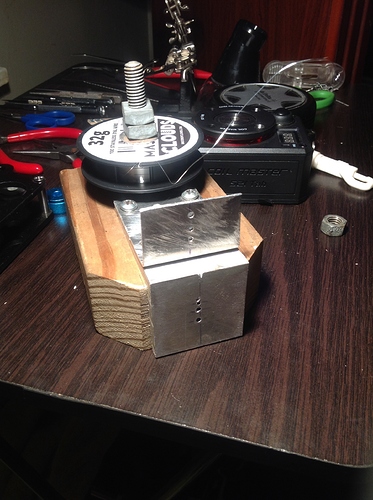 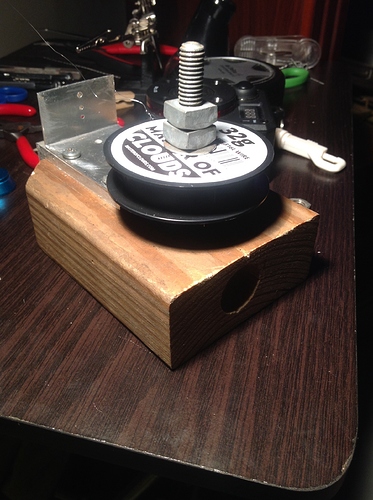 I was thinking about this the other day, you can get hobby lathes which are much smaller but I doubt you’d find one on one of your ‘hunts’ be interesting to see if this could work, I’d be tempted to try and incorporate a sewing machine foot pedal into the mix, I’ve been trying to find a way of doing that with a drill as I think a foot pedal would give you the best control over making claptons and leave both your hands free, but the only things I can find that use that are either a dentist drill or a beauticians nail …thingy…

… I have been given a dewalt cordless that I can rip apart and I have 2 sewing machine pedals so I may look into it this weekend.

Just an idea I had…

Has anyone tried making a rig where it’s the outer wire spinning?

Clamp your inner and outer wire, create a disc (2-3inches in diameter) with a hole in the centre and thread your inner wire through it, have your outer wire run through a slot on the outside of the disc and spin the disc to wrap the wire?

I believe this principle is used in some yarn production.

You would probably need to make some kind of tension / small feeder unit on the side of the disc to keep the wire straight and get a tight wrap.

I also have the CJ V2 and it works very well. It works even better if you fasten the tail of the core wire to a swivel, so you can put a little tension on the longer core wires.