I have just made a mix which I put Capella hazelnut v2 in and I find the Hazelnut a bit harsh.

It may be that it just needs further breathing and steeping but I don’t suspect that will help much.

Has anybody tried Capella Hazelnut v1?

Are there any other Hazelnut flavours out there people would recommend? I’ve found: 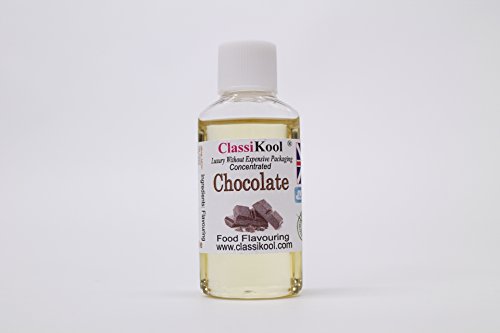 A 25ml bottle of high quality Heavenly Hazelnut flavouring. Photos are for reference only. You will receive the flavour and size in the title.

I’ve used Classikool in the past for other flavours and found them to be good.

Pretty much every company makes a hazelnut. I use TPAs and like it just fine. I’ve heard great reviews about FA’s Hazel Grove (their hazelnut). I’m pretty sure FW hazelnut is the favorite around here.

Pretty much every company makes a hazelnut. I use TPAs and like it just fine. I’ve heard great reviews about FA’s Hazel Grove (their hazelnut). I’m pretty sure FW hazelnut is the favorite around here.

Thanks @JoJo. That’s what I was basically getting at. What was perceived to be the “favourite” and I can work my way back to that. The one I used (Capella) doesn’t have a lot of fans seemingly (as I said I found it harsh). I will try FW’s & TPA’s and go from there.

Again, thanks for your time @JoJo

I use Capella hazelnut v1. I like it. The only thing is I have only tried one other Flavors express, which i hate. I was hoping more people would have responded to this question. I guess i will try FA (so far like every thing i have from them) and FW wich seems to be a fave

I’m going to drag this thread from the dead instead of starting a new one.

Hazelnut hasn’t been to difficult a journey for me, but it is one that I have yet to complete.

FA Hazelnut (Hazel Grove)- This one smells very wood-like. Placing it further from my nose its less like wood and more like hazelnut. I do like the flavor, however even at .5% (yes, one half percent), it can make my recipe VERY harsh. Too bad.

FW Hazelnut- Skipped out on this one (sadly) as it contains acetoin, bleh.

TPA DX Hazelnut- This one is a good alternative to TPA Hazelnut, however it tastes slightly off. I can confidently say that it is the butric acid that the DX line uses as a replacement for baddies in recipes.

I am currently looking for a perfect hazelnut to put in my recipes. Does anyone have any suggestions?

On a side note, I messaged Flavor West about their flavors that contain baddies (acetoin, diacetyl, etc) and asked what they were going to do about it. They told me they would be reformulating some of their flavors in October. I have yet to message them back for an update… If Flavor West can successfully recreate their recipes without the bad ingredients, I will definitely pick up their hazelnut.

you do realize that the taste will probably be different if FW does reformulate those flaves , im hoping they dont have to change it for the future and are justvputting out V2 flaves for those with concerns

I hear that, me personally I love the baddies. LOL

I messaged Flavor West about their flavors that contain baddies (acetoin, diacetyl, etc)

OK so to each thier own I love Diacetyl and acetoin and etc. so I hope they keep the flaves with it in and make an alternative for those that don’t want it.

i wonder what mixing a coulple hazelnuts will do like FA and FW like so many do with strawberry ???

I do it all the time. fw with cap is one of my favorites I like the cap and the fw adds a bit of sweetness. If I want more nuttiness I use FA or FE etc