Home For a Week

I’ve been working the last 3 weeks out of state and was able to mix once. It turned out really well and I have to say that I’m proud of myself! Now that I’m home (and caught up on sleep) for a week I’m going to mix enough to last me on the road so I don’t have to buy commercially produced. However, I may still need to visit vape shops just to look at the RTAs, attys, and maybe a couple of RDTAs.

As an update to my last post asking for advice about a wicking problem…I found the solution. It wasn’t how I was wicking that was causing the dry/burnt hits after 4-5 puffs. It was the actual cotton I was using. I have switched over to organic cotton that I can pick up at Walgreen’s instead of Cotton Bacon. I visited a really cool vape shop in Birmingham and was asking about the tank there and it was suggested to use the organic cotton. He watched me wick it up with the organic cotton, waited about 5 minutes, and then took a few hits. That was a week ago and I haven’t had a dry/burnt hit since.

A big thanks to everyone here that offered suggestions to that particular problem as well as everyone that has taken the time to share their experiences with various topics, because the vape shop was impressed with the knowledge that I gained from here. I even sent a couple of people over here.

I have unpacked all of my ejuice supplies (what little I have at the moment) and am going to spend the next couple of hours making up a few recipes. Wish me luck!

I am surprised Cotton Bacon gave you an issue. Used the stuff a lot on no real issues. Hmmm.

Yeah, I loves my Cotton Bacon.

To each their own really does apply to vaping though, I can like the next thing while someone else can hate it.

I know. Just caught me as odd for dry hits. Never would have thunk it.

I have switched over to organic cotton that I can pick up at Walgreen’s instead of Cotton Bacon.

I was surprised myself and even mentioned how strange I found it. It was suggested that it was better with RDAs (I believe that’s what he said, I can’t remember for sure as I was still in shock about the Cotton Bacon. It was also suggested that I not hit the vape as often as I did.

I found that the third week that I was away from home that I was not hitting the vape as often as I had been the previous month and I was okay with it. I had to remind myself that I had quit smoking JUST 6 weeks prior and, with all things considering, doing pretty damn good still on a 3mg nic level. This last week I’m finding that I’m not vaping as heavy (about a 1/3 less of what I had been vaping) and a 60 mil of juice was lasting about 4 days instead of 2.5.

It was also suggested that I not hit the vape as often as I did.

Did you also try that - changing only that, before having changed the brand of cotton wick ?

Did you also try that - changing only that, before having changed the brand of cotton wick ?

I did. It helped, but it did not solve the problem. The tank I’m referring to is the Zeus Dual Core (not the Zeus X or single core). I even considered picking up the Zeus X to see if that would solve the problem until I talked to the owner of the shop. He showed me his RTA that he said he could hit one after another for quite awhile without any burnt/dry hits but he said, “I’d better be able to since I paid over $200.00 for this tank.” I had to laugh when I replied, “For that price it should do the dishes after meals too!”

It was also suggested that I not hit the vape as often as I did.

RK: Did you also try that - changing only that, before having changed the brand of cotton wick ?

I did. It helped, but it did not solve the problem.

Have seen some measurements where coils (with some variations existing, no doubt) took around 30 Seconds to cool off. Re-hitting sooner, then, has an additive effect on coil temps. In my own limited experience, if the wicking material is not pressing flush against the inner surface of the coil windings, then the temps at that interface can rise significantly, sometimes lending a harsh, hot, “burning” taste that is a result of that physical wick-to-coil interface (as opposed to being a wick that is not saturated with juice).

Have only used rayon (“Cellucotton” brand). Have read that while rayon tend to slightly contract in size (once installed in the coil and primed), cotton may tend more towards expanding slightly. How do you compress the wick diameter (when installing in coil) ?

I wet with water and roll it into a pointed form that will fit through 3mm coil diameter. Don’t want to waste juice on a “bum steer”. Once rolled (by some twisting in order to form a point at inserted end of wick), it soon becomes impractical to remove small amounts of fiber (in order to tweak wick thickness), so I need to be close to the correct target thickness by that point. I let all of the water evaporate off before packing/priming.

Every time that (rayon, and likely also cotton) wicks are not tight once installed inside the coil (on 2 RDAs as well as 1 RTA), I get a “harsh, hot, burning” taste perhaps not unlike what you have described. New wick or not, it’s a no-go, and I have to redo the wick. Am pretty sure that it’s a matter of coil temps. Each new wick installation into a coil represents a unique situation. That can confound observations, unless one is thinking about the wick-coil interface. Also, another element may be how much residue and gunk (may have) built-up on coil-winding surfaces. Probably lowers vapor temps (by insulating coil), but can impart a raunchy taste ! 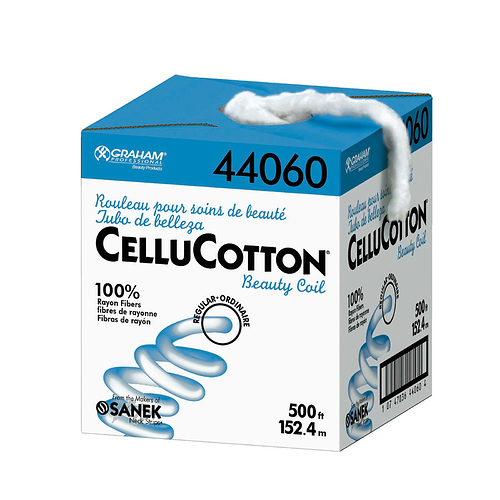 This is a continuation of the ground breaking Rayon Wick - better flow, flavor, saturation, and nic hit!! thread. [IMG] The Rayon revolution started...

I have switched over to organic cotton that I can pick up at Walgreen’s instead of Cotton Bacon.

If it’s working for you then that’s awesome! But honestly I have a real hard time believing organic cotton vs Cotton Bacon vs any other type of wicking is the solution to avoiding dry hits. I have and use organic, Bacon and Cellu-Cotton. And I have, at various times, gotten dry hits from all of those whether it was from technique or just inattention. I dunno. Like I said, I’m glad you found a solution but I’m just not on board with that.

It was suggested that it was better with RDAs

I, too, am happy that your problem has become a memory

However, the advice above is crazily dubious!

I use Cotton Bacon V2 in both my RDA and RTA. There is no difference in wicking action between the two. I don’t alter my technique on either atomizer, save for the tails, because RTAs obviously require being stuffed gently into the liquid inlet.

I’m just baffled that the cotton could be the culprit in your scenario. But, as mentioned before, if it’s working, great news! I’m leary, though, of considering the “better with RDAs” statement as something you should advise to anyone. I can attest that it is great in both!

Also, I’d like to learn more about the OC you got from Walgreens. Could you give the brand and type, maybe a picture of the package, please? I have a Walgreens 3 minutes away from my house. Gotta give it a try!

Hey Tari*,
I’m no expert but I got 2suggestions that have been working out great for me and one that doesn’t work for me but may work for you . The first one is make a sweet and smooth fruity juice with a bit higher nicotine if your sitting at home or chilling with friends - especially ones that vape. The throat hit and satisfaction of the nicotine will help you set your mod down to take a break.
Another suggestion would be to mix a higher PG level in your mixes, it allows room for more flavor and also a throaty hit which kinda feels like the good ol cancer sticks. Not for me, I like a smooth hit.
And the other suggestion is maybe get into squonking. I find that I rarely get a dry hit unless I have some delectable juice and forget to squeeze while chain vaping. I don’t think chain vaping is bad, if that’s what keeps you from going backwards to smoking.
I love my Topside Dual with my Profile Squonking RDA. It’s my all day setup! Also with the mesh you don’t have to do a lot and ohhh baby the vape quality!
Let me know if any of that is helpful to you and if anyone else is helped by that.
Take care,

I recently adopted the WICK HARD philosophy after watching the video where a guy tested cotton density in the same size hole. The denser the cotton the more fluid wicked regardless of hole size. It seemed counter intuitive, like too much cotton could/would “choke off” fluid flow (and that is the long-standing General advice!), but turned out No. Apparently more cotton meant more juice

I use Cotton Bacon Prime and for many months have been cramming as much cotton as possible into my coils with only positive results. An easy test. It’s actually difficult to get my atty dried down for a flavor change when it wicked maximally. IMHO years of recommendations which I followed religiously only caused me problems like leaking and dry hits. SCiEnCe!

I tend to be a “stuff it, stuff it real good” (1) wicker (although I should add that I’m still fairly new to RTA’s)… and its always worked for me. I wonder if the reason is that the action is a capillary one as well as the general absorbency, and that with not much wick two things happen 1) there is a chance that the cotton doesn’t touch part of the coils and so they over heat or stay hot longer which burns the cotton and 2) because its a capillary with only a small amount of cotton the juice travels up the inside and then mainly stays there but with a good stuffing it travels up the outside or it “oozes” because it absorbs more (more cotton=more liquid absorbed)…

Wick it, wick it real good …

Having just found a set of vids by [Morten Oen] (https://www.youtube.com/channel/UCMS4GxDHLPvXr5oQrthU60A) it seems my idea is slightly wrong. The internal (not flowing up the outside) capillary action is increased with a tighter wick. I guess because lots of tiny “tubes” transfer the fluid better than a few large ones, similar to how sucking on a large bore pipe to start a capillary transfer of fuel/water doesn’t work as well as sucking on a smaller tube because its much harder to get it started and also because as air travels back up the pipe it can cause the flow to stop by breaking the surface tension of the fluid.