The root causes of exploitations arise out of monetary avarice (rather than moral or political polemics):

(Page 11) … tobacco regulation has often served to enhance the profits of incumbent firms as much (if not more) than it has combated the public health harms associated with smoking. In some cases, it even appears as if tobacco industry regulation primarily served the interests of Bootleggers, though it was facilitated by a Baptist veneer.

If its only Democrats that are against Vaping why worry ??? Before it becomes law it has to go through the Senate which is GOP controlled right ??? Then it has to be signed in to law by President ( R) …So we have no worries …This brings so much joy to know its not Bipartisan…No more worries everyone quit calling your representatives .

Because of their ideological belief that the government (and they) know how to run our lives better than we do. In my life I’ve met many idiots and assholes who believe this, yet not one of them has all their shit together. This is a human condition for which there is no cure.

Much of it has to do with the representative’s constituency’s ability/due diligence to call them up and scream at them about their concerns. If that isn’t enough, the constituency then pays them in order to sway their view via contributions to their upcoming campaigns. Money talks and gets shite done! Pretty simple concept. Sad… but, simple.

Interestingly, congress-members of the political party that some still for some reason hold in imagined high esteem where it comes to “protecting liberty” has accepted far more monetary contributions from tobacco lobbyists - who we know are solely out for themselves and the preservation of monetary profits.

One might reasonably doubt that these lobbyists are hand-wringing about “personal liberties”. They will act towards maximizing profits at any and all costs. This ought to strike fear into any idealists’ hearts

Note that - just like government/military contracts - for Senators and Representatives, keeping the MSA Cash Cow alive (at all costs) is clearly an important (and I would posit universally dominant) motivation. These folks could care less what dubious and absurdly expensive Nicotine delivery systems are allowed and if they can pull-off this extortion routine while “looking good” to moral-nannies, so much the better.

Follow the money to reveal the intentions and marketing strategies of the dominant lobbying players: 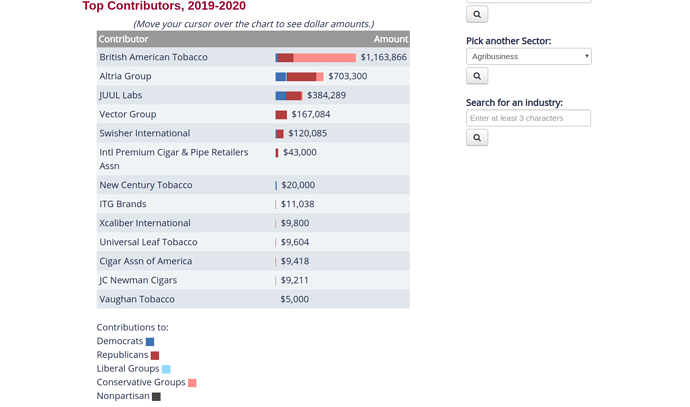 … The MSA heavily influences the structure of the cigarette industry to this day. The agreement included a series of regulatory restrictions on the industry and cemented the dominant market position of existing manufacturers. … The cigarette manufacturers recognized the state AG lawsuits as a potential existential threat, and sought a truce. … Secret negotiations between several AGs, plaintiffs’ lawyers, and cigarette industry attorneys produced a new agreement, the MSA. … After its release in late 1998, it was quickly endorsed by 46 state AGs. (The remaining four states had already reached separate settlements with the cigarette companies, each of which was preserved under the MSA. ) … the MSA did not green‐light FDA regulation or offer federal immunity from suit. As a consequence, the MSA, unlike the Resolution, did not need legislative approval in Congress and so the AGs, plaintiffs’ lawyers, and tobacco companies were able to cut Congress out of the deal. … The structure of the MSA thus provided a powerful incentive for each company to remain satisfied with the status quo. The MSA attempted to protect the major cigarette companies from new competition. … As things turned out, the MSA was not quite as effective at suppressing competition as some of the signatories may have hoped. … In spite of some grueling battles with the new competition, the MSA enabled the major cigarette manufacturers to increase prices by more than was necessary to make the mandated MSA payments. The MSA’s cartel‐reinforcing provisions sufficiently suppressed competition to enable cigarette companies to take advantage of the price in-elasticity of cigarette demand and obtain record profits. Not only was the MSA anti‐competitive, but some legal experts argued it was unconstitutional as well (although courts have not yet agreed). Nevertheless, the MSA poured competition‐suppressing concrete around major tobacco companies, perhaps dulling the market spur for new product development. … The stage was set for innovation from outside the industry and a delayed industry response. … anti‐smoking groups still wished to see increased federal regulation of cigarettes. The cigarette industry was happy to go along, if such regulation would reinforce the constraints of the MSA, deflect further tort litigation, and preempt some state and local regulation. Altria, in particular, sought legislation granting FDA authority to regulate cigarettes and other tobacco products. …

… It’s not very hard to imagine what is presently transpiring in dark corridors regarding Nicotine delivery.

That is spot on how the vaping industry will be cartelized, just like alcohol was/is. Not even done reading it but this makes more sense things I have read. It’s all about the money to them, industry wins, public health looses! It’s the American way!

Not even done reading it

It looks like a long read… not so much… it has a metric ass load of footnotes! This is a good thing! It gives you reference data to see where the to go for the facts within the text!

I’m not even an American and boy am I PISSED.
Idiots all over the world are edging to imitate…
And it’s coming from the LEFT, the last political persuasion I expected… What the heck is going on

It’s happening that way because regardless of their political stripe, it’s always all about the money. Freedoms and health concerns are only forefront until they interfere with revenue streams. And the MSA is color blind.

Interestingly, congress-members of the political party that some still for some reason hold in imagined high esteem where it comes to “protecting liberty” has accepted far more monetary contributions from tobacco lobbyists - who we know are solely out for themselves and the preservation of monetary profits.

Well fair enough @Raven-Knightly, but every time (or so it seems in recent memory) something gets penned to paper, it’s the same group doing it. Maybe I’m missing something here …

You’re missing nothing. It just happens that the vaping legislation is close to us here so we are paying attention. It happens all the time.

Killing Us with Kindness: Democrats' War on Vaping Costs Lives

Liberals are supposed to the ones whose hearts “bleed” with concern for others’ welfare. That’s why modern liberals generally reject an abstinence-only approach to regulation. They recognize that policies aimed at reducing harm, like sex education,...

More than 30 Senate Democrats on Monday criticized the Trump administration’s new vaping ban for exempting menthol flavored e-cigarettes and any e-liquids that are not in a cartridge.

Democratic senators are calling on President Trump not to abandon his promise to remove all flavored e-cigarettes from the market.

The bill approved by the House Energy and Commerce Committee is far more aggressive than the ban Trump proposed two months ago.

Where Do the 2020 Democrats Stand on Vaping?

Today, Americans for Tax Reform released a compilation of the top remaining Democratic candidates for president who have come out recently against vaping. Some have gone so far as to call for complete and total... And it’s coming from the LEFT, the last political persuasion I expected… What the heck is going on 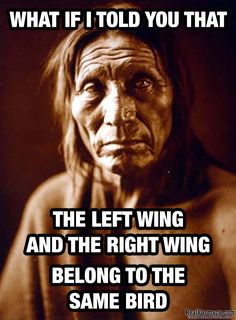 Cynically, but not out of the question. (Perhaps) some of these Dems are seeking extortion monies ?

Little on either pole of this spectrum to inspire a civil libertarian also being a fiscal socialist. During a long late-night grind of the Geneva nuclear weapons talks in the 1970s, the Soviets shared a favorite joke with US diplomats: “In capitalism, man exploits man. In communism, it’s the other way around”.

Where both flavors of festooned legislative pandering louts appear to be almost universally motivated by glorious personal fame if not (also) monetary fortunes for a select few “movers and shakers”, my impression is that the Republicans would just as soon cash-in on your cold corpse and goose-step with impunity over your own (as well their favorite despised and demonized untouchables’) cracked and decaying skulls, whereas the Democrats seem to tend to prefer to keep the prisoners alive, so as to attempt extract the maximal monetary revenue stream for nanny-state parasitic “soul saving” at the cost of robbing competent adults of fundamental personal liberties (and in doing so, rob them of agency, dignity, quality of life). Every moment until death scripted by specious medicalizations / monetizations.

Whether the livestock are slaughtered early or late in the game, this is a “rendering works” either way.

Because liberals know better than you what is best for you.

… liberals know better than you what is best for you.

Does that imply that “conservatives” have no ideas or concerns surrounding “judgemental-ism(s)” ?

No, it doesn’t. In my life experience, conservatives are just as committed to their view of things as anyone else. However, the liberals tend to be more willing to openly proclaim and try to push their views on others. I’m talking about people here, not politicians.

“I’m fuBLEEPng better than you”
Anna Casparian - the young turds.