How long do you this will last? 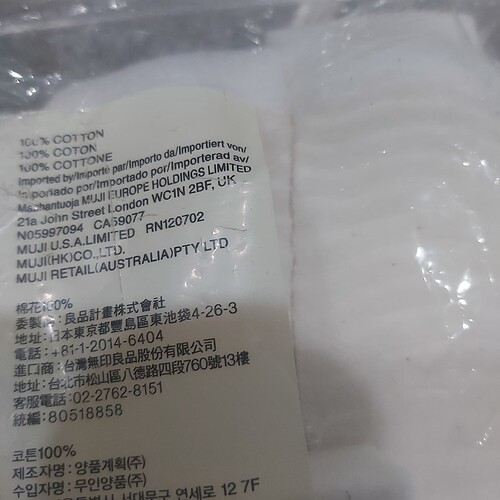 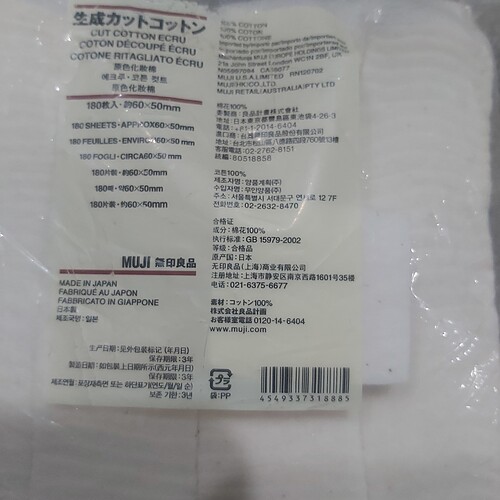 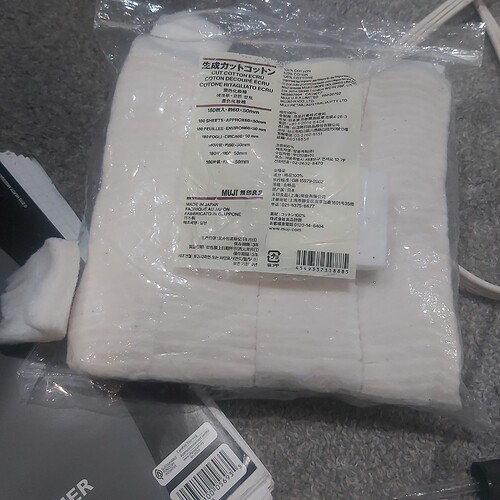 And q quarter of that thickness I can wick my fat mesh profiles with. AND with little to no wasted cotton?,I am thinking no more 5.99 CAD bags of cotton bacon for YEARS! (It was 19.99)
From Japan. Took like a.mth but I will never have to worry about cotton for a long time. I’m saying 3 years. Sft and as much wicking as I can handle.

I had a bag of that & it lasted about 4+ years, I also use rayon though. I rewick quite frequently. I still have probably 1/20 of the bag left.

Bought a bag in 2015 and still have it, breaks down pretty fast but there’s a lot of it.

Some people love it some dont, i gave my bag to the wife to remove makeup. I was using koh gen do for years then tried muji but it does not carry the flavour as well. But worth giving it a go. I went back to koh gen do.

Can you.send me a pic of thidn kon gen do?<

Just search around, you can get it a lot cheaper.

I used Koh Gen Do for a bit, until I switched to Cotton Bacon… I recall removing a thin membrane off each side of the cotton pads… little to no flavor after a few hits. Have a box or two hiding somewhere in my house, I had purchased it from Sephora (a makeup store).

That explains why I have been getting no flavour(canadian eh! That’s how we spell it here lol!

Shit I wonder how many bottles of good juice I have thrown out for that reason?? 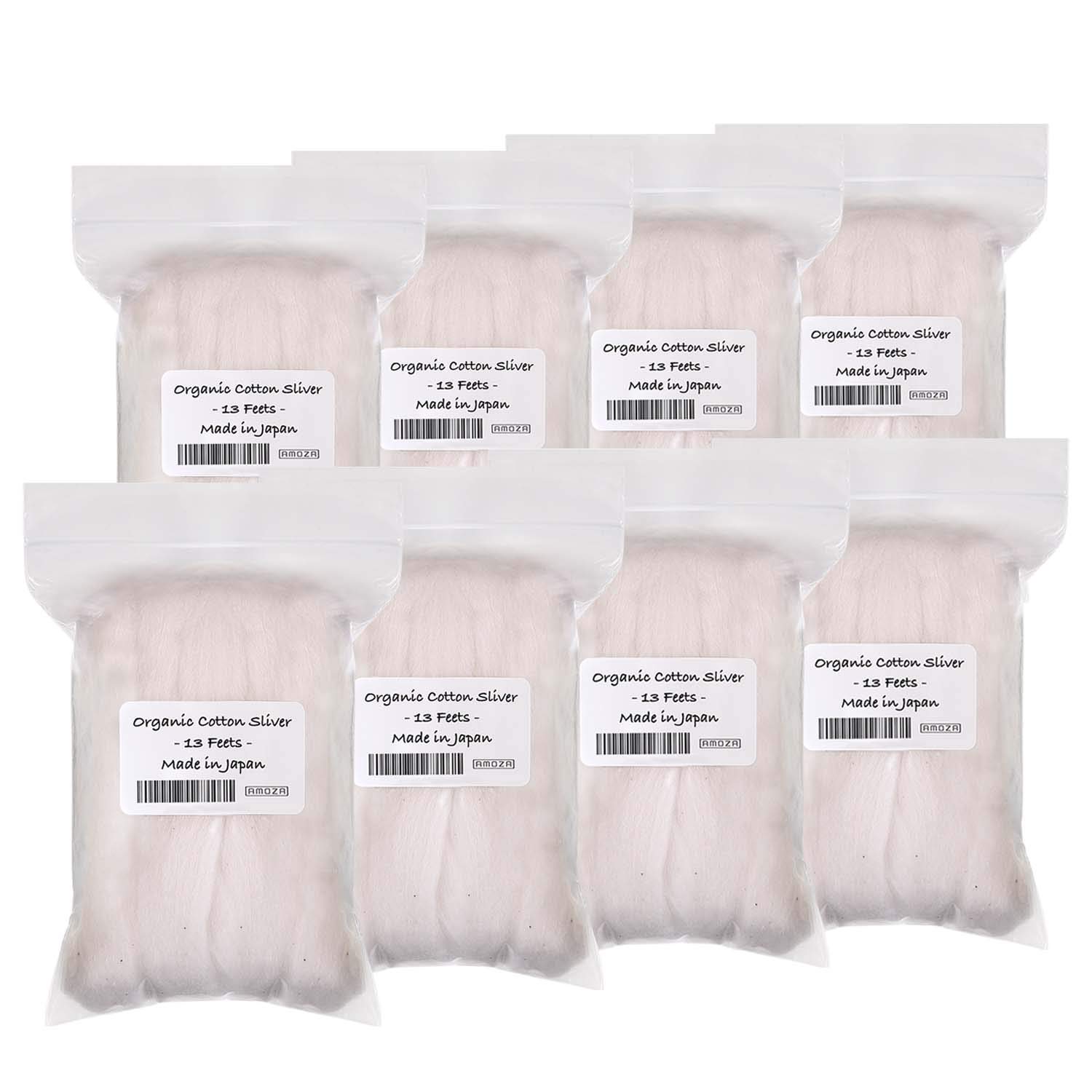 Best stuff I have used.

Best stuff I have used

Agree. Had to get over the fact that it is 3mm in thickness. So I use it in my mesh RTA’s and double it up.

I used Koh Gen Do for a bit, until I switched to Cotton Bacon… I recall removing a thin membrane off each side of the cotton pads… little to no flavor after a few hits. Have a box or two hiding somewhere in my house, I had purchased it from Sephora (a makeup store).

I’ve had better luck with KGD than @CallMeTut has. I go through a metric ton of it, and haven’t had any issues. I did do some tests comparing removing the thin outer layer, and not, and I experienced no wicking issues or flavor issues leaving it on. I still remove it, as I’m a creature of habit LOL. I get mine in thin walled, cardboard boxes, and it seems they don’t get as flattened, or crushed than the bag version.

Yeah, I don’t know if removing the layer did anything either, but always removed it “cause everyone else did” lol Mine also is/was in boxes not in a bag.

Nooooo I waited 3 weeks for this stuff to come from Japan thinking it was the shit! It is not the shit at all…and i don’t even want to go there about how much more sbipping…i paid like min,$28.00 but truthfully,even from U.S.A then customs then converting it into CAD it would’ve cost me.aroud the same so IDK just wouldn’t Have waited quite so long.

what isn’t the shit, the stuff you just got or the one I posted? I mean we are all different so what works for me might not work for someone else. I only know that once I tried this stuff I was set. I have tried damn near all of them. Even that Egyptian stuff “Drago” or something like that. The Drago works well ONCE you get it in the coil, stuff falls apart in pieces like crazy so it takes a really gentle hand to use it. Stuff is way too fragile for me. Anyway, I just stick with the 13 feets from Amazon now.

Currently using now - much better strands and cleaner, longer lasting then the pads. I like this cotton also.

Added to my WL on amazon. A couple years ago i decided that i had too many fingertips and lopped one off so i started using this stuff: 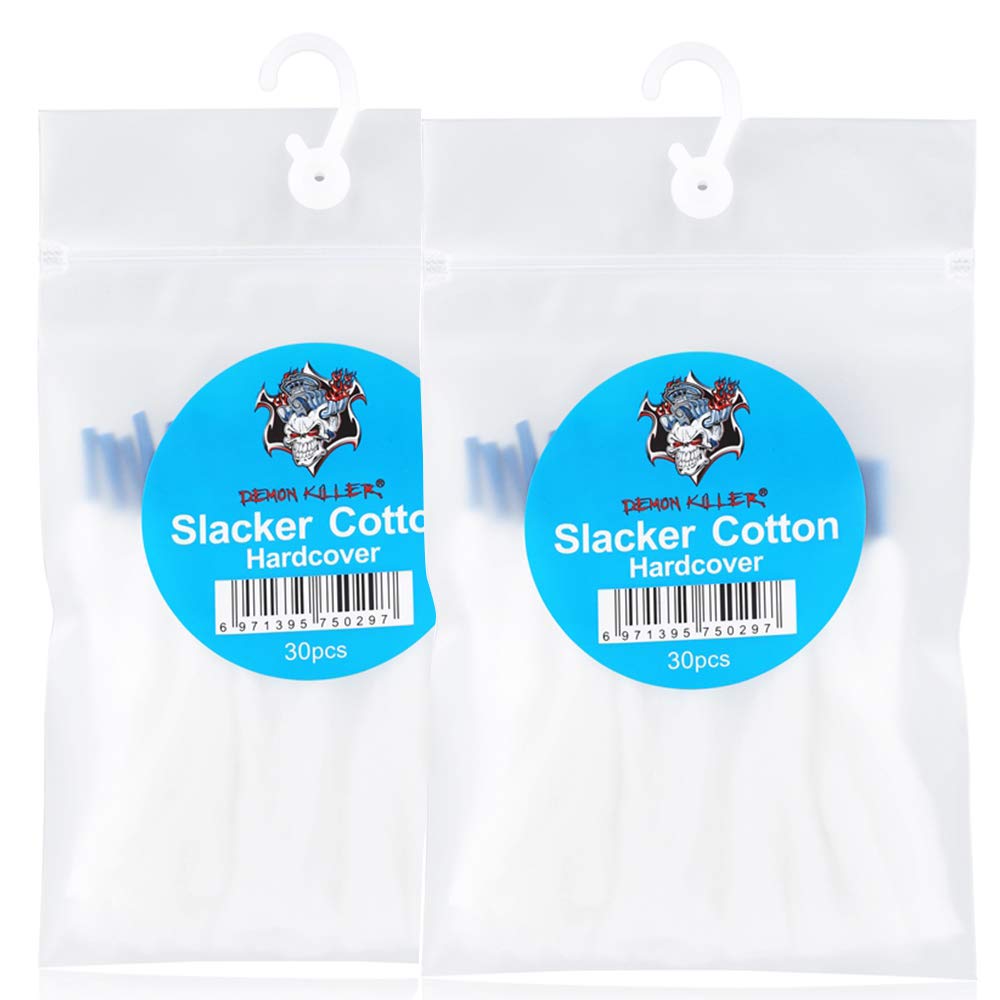 It was easy to use but it aint cheap and im about to run out so i was looking for something new. Ill grab some of that stuff, thanks for sharing.

@ladycrooks I just realized that i never responded to your question. I bought two bags a few years back, i still have most of one bag but i dont use it anymore, the wife does. It was a clean tasting cotton and as Tut mentioned it has no off tastes after a short break in period. It should last for a couple years depending on how many mods you use at the same time and how “clear/clean” the juice is.

I didnt stop using it for any particular reason other than laziness and the want/need to try other stuff. My wife will only use that cotton.